Ads, Centurions rise to the top 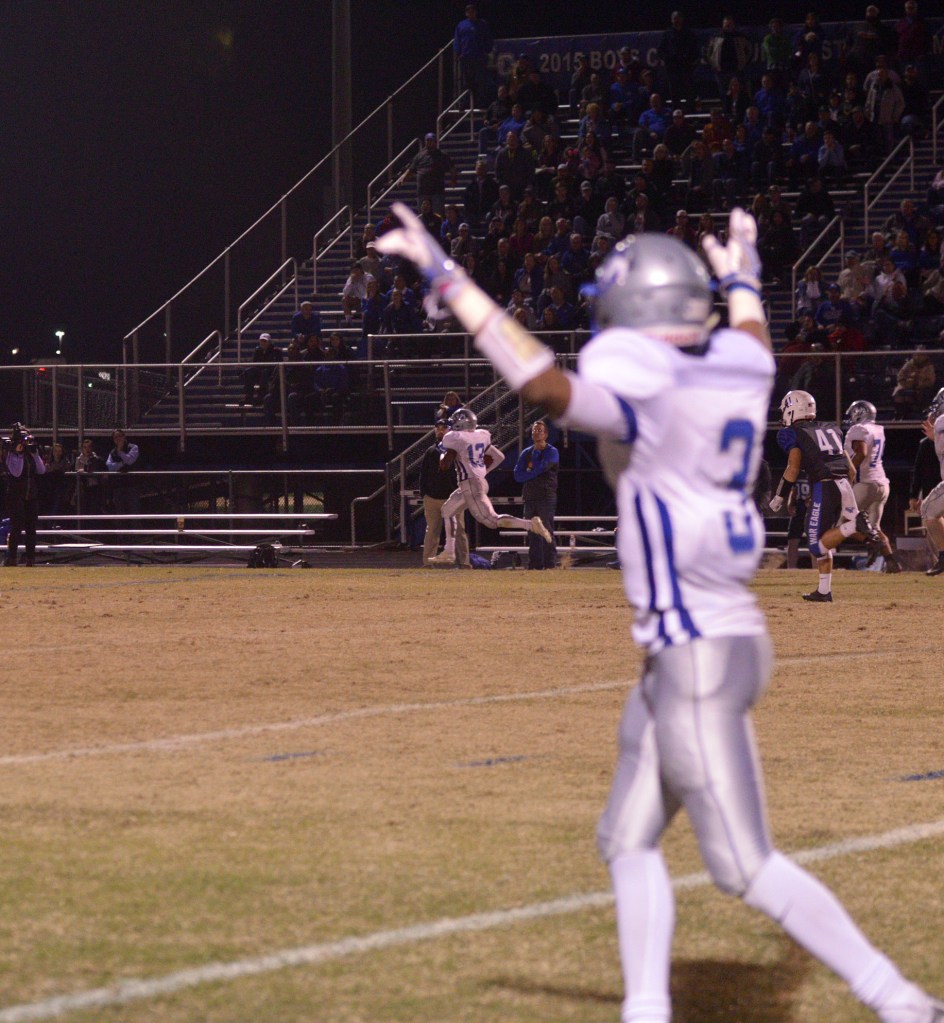 Football teams can get lucky and win a game or two in the playoffs, but it takes luck and so much more to advance to the state championship game. By this time, the contenders have separated themselves from the pretenders.

When Danville faces Christian Academy (Louisville) for the Class 2A state title at 1:30 p.m. Sunday at Western Kentucky University, they will be among the last 12 teams still playing football in the state.

And that’s not an accident.

“They’ve got a good football team, good players, good coach, so it’s going to be everything you expect in a state championship game,” Danville coach Clay Clevenger said.

The same could be said for Danville. Nothing is going to come easy — of the last five 2A championship games, three have been decided by 10 or fewer points with an average margin of victory of eight points.

The Centurions (13-1) have won 13 straight games since losing to Simon Kenton, a Class 6A region finalist. They average nearly 39 points and 273.2 yards per game, with 56 percent of the yards coming on the ground.

In last week’s win over top-ranked Mayfield, Carr and Wright hooked up for two scores. Running back Tanner Palin had 110 rushing yards and another two TDs.For Clevenger, this week of preparation isn’t about breaking new ground, but making sure the Ads’ game plan is sealed up tight.

“It’s about preparation at this point, it’s about figuring out the game plan and zoning in on the game plan and not letting the bigness of the game take over,” Clevenger said. “With that said, enjoy this. This is the 14th time in 105 years so this isn’t something that comes around every year. It’s special, enjoy this.”

But there’s enough unique about this week — from playing on a Sunday in a college stadium to spending the night before in a hotel in Bowling Green — to make the importance of focus important.

“There’s a lot of things you could point to that could be distractions,” Clevenger said. “It’s important for us to not let that happen as coaches and hopefully the message gets through to the players to be a focused and businesslike in your approach as you can.”

Maybe more important than that, though, is making sure the players appreciate the stage they find themselves on.

“You can sit here and talk all you want about doing it as a coach, but you’re playing for a state championship. I’m excited. I told the coaches before they came in for practice on Monday I’ve got to find a way to slow these mice in my mind,” Clevenger said. “I want these kids to be excited and proud about what they’ve accomplished, and let’s go finish this deal.”