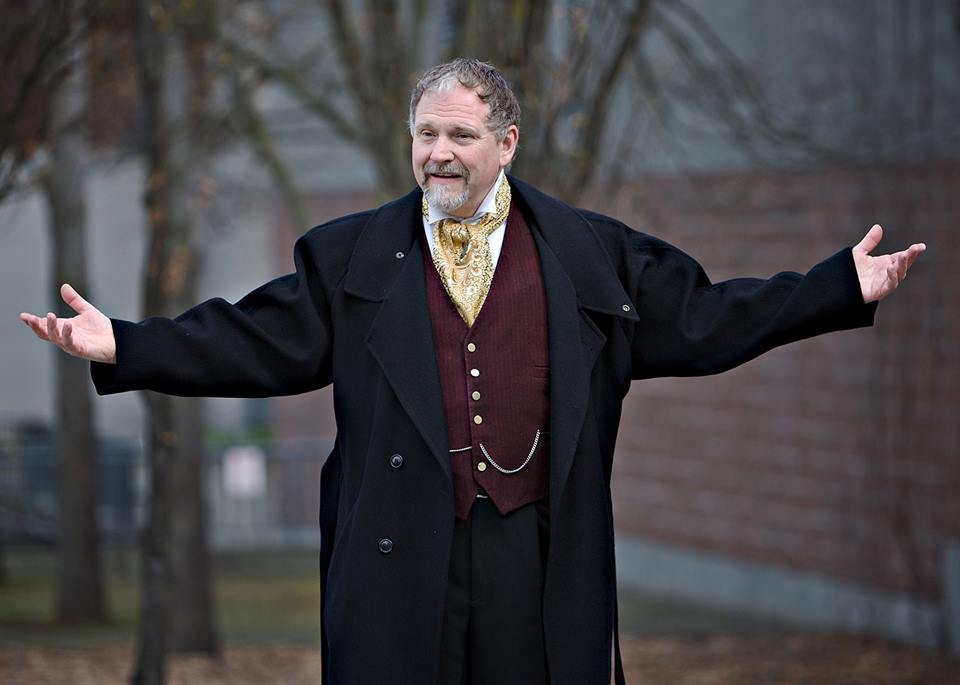 HARRODSBURG — Allan Barlow will return to the stage for his one-man performance of “A Christmas Carol” Friday and Sunday at Ragged Edge Community Theatre.

“Twenty-four characters and countless locales. It’s just me, and an audience …” Barlow, executive director of the theatre, says. The story is a well-known one; a tale by Charles Dickens, it continues to be a timeless production, based on the novel published in 1843. The longest-running adaptation in theatre history, Barlow was asked of the production: What do you think is the draw?

“I think there are a handful of contributing factors. First, Dickens. There is no writer in English who can evoke such a strong sense of place,” Barlow says. “When Dickens describes a London slum, you just about get queasy from the imagined smell.” Likewise, he says, when Dickens describes a Christmas party or a street market on Christmas Day, you’d swear you can hear the music … “and your stomach starts growling from the smell of delicious things to eat.”

Simply put, the No. 2 reason, Barlow says is England. Americans are unapologetic Anglophiles, he says.

“Lastly, it’s a beautifully written, incredibly imaginative tale of redemption. And that’s what the entire holiday is about, isn’t it? Mankind’s redemption.”

Barlow moved here from Seattle, but has been performing locally for more than 30 years. He has a Bachelor of Fine Arts in acting and directing and has taught acting for years as well. So, safe to say he’s no stranger to the stage. However, a one-man show always brings with it a unique set of challenges.

“Well, as an actor you rely on the give-and-take between you and your other scene partners,” Barlow says. “It’s like playing a game of catch. I had no one to ‘play catch with.’”

Not to mention, the production requires an hour and a half of uninterrupted monologue. “The sheer quality of words was daunting, to say nothing of getting them in the right order.”

Barlow’s friend, Tim White, will run the sound and lights for the show. “We have a bit of a tradition going. He plays Santa in the Harrodsburg Christmas parade you see, and every year he finishes the parade, dashes down to the theater where someone is waiting to help strip him out of his Santa suit, and he hightails it to the tech booth where he has just enough time to catch his breath before the show begins.”

Barlow says there are countless productions of “A Christmas Carol” presented this time of year, but this is a story the way Dickens himself presented it.

“People aren’t aware anymore that in his lifetime, Dickens was almost as famous as a performer as he was for his writing ability. Toward the end of his life, a large part of his income came from touring the country, doing solo performances of his own works. ‘A Christmas Carol’ was by far and away the most popular of these.”