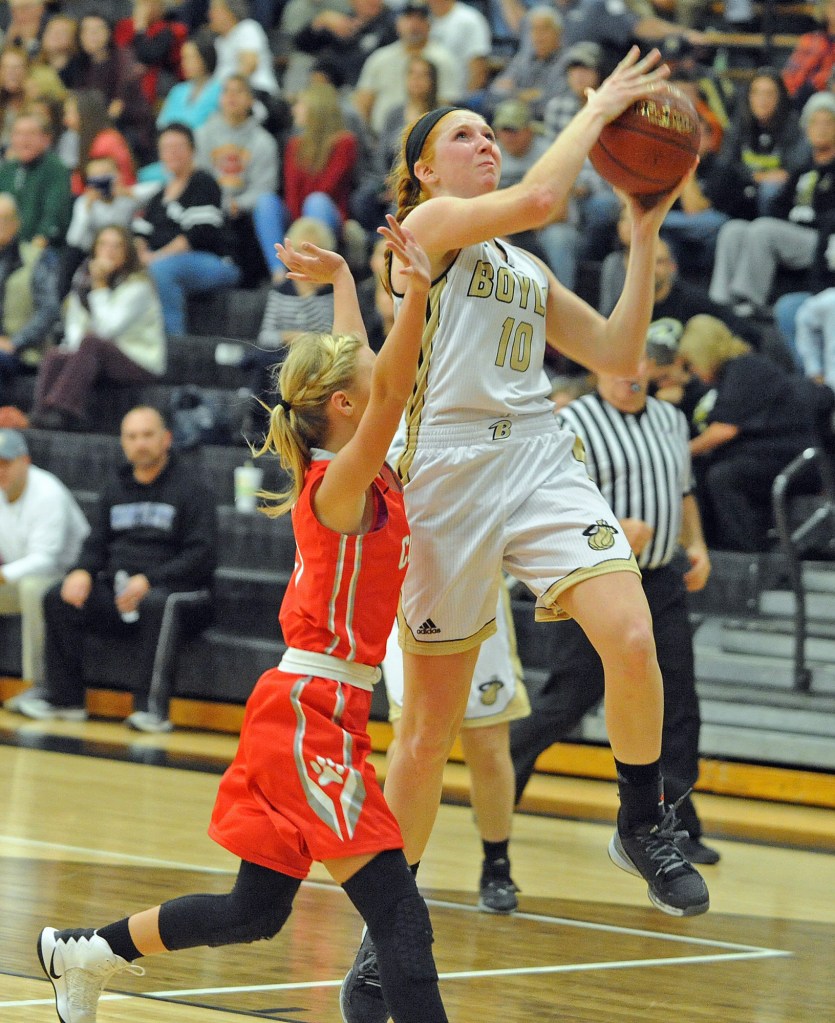 The Rebels’ defense showed out in a big way in a 65-29 win to open the season. After the first quarter, Boyle led Corbin 25-0.

Boyle would add three more points to start the second quarter before Corbin scored its first point of the game — a free throw by Jadyn Robertson.

Boyle’s lead was down to 38-16 at halftime, mostly because the Rebels’ junior varsity team played a majority of the second quarter. Emmie Harris led all scorers at the break, scoring 15 first half points. She finished on par with Corbin, scoring a game-high 29 points.

“It’s great, but we won it as a team,” sophomore Rachael Leath said. “And God helped us get the win tonight.”

Leath was one of the 12 Rebels to see the court Tuesday, a great sign for Edwards. He said there was some rust but liked what he saw, particularly on the defensive end.

“We’ve been talking about defense,” he said. “Defense was really good to start the game and hopefully that will carry over for us.”

Competing in practice is what helped the Rebels jump out early, Leath said.

“Defense during practice, going hard with each other and always keeping on each other has really helped us play more like a team during the game,” she said. “Being able to play defense, talk to each other and know where we need to be.”

Edwards said he still wants better play from his bench. There were also some unnecessary turnovers and poor shots due to players working on playing different roles in the team, he said.

“It was a good opener, any time you open with a win is good,” Edwards said. “We got to work on some things. We’re still obviously a work in progress. Girls that are playing different roles then they’re used to playing, playing some new people. Once we get those girls integrated into what we’re doing, once we get the bench players a little bit more developed and they understand what their role is, I think we’re going to get a lot better. It’s a tough schedule, we’ve just got to keep working and keep getting better.”