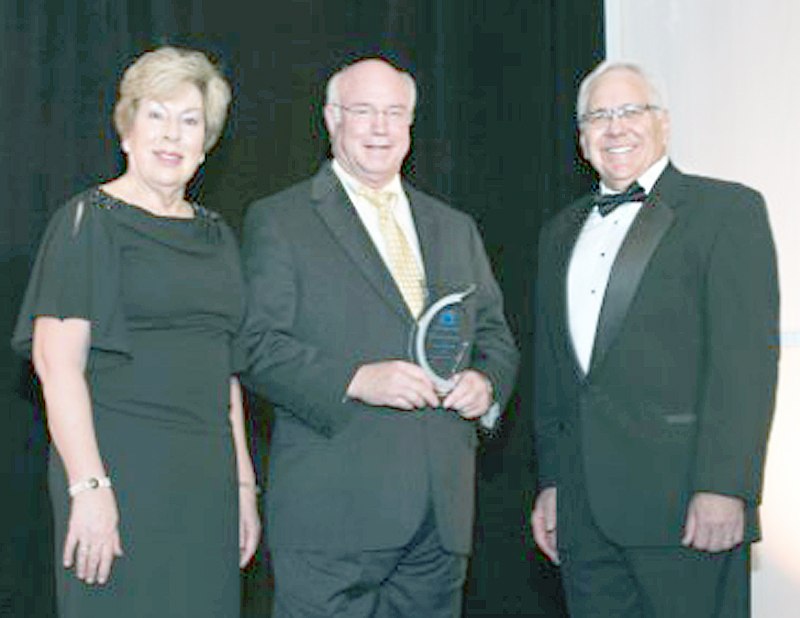 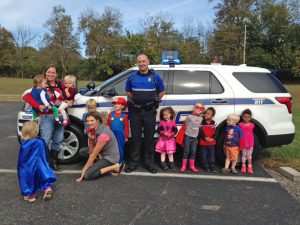 Mercer Chamber celebrates new office opening
The Mercer Chamber of Commerce celebrated the opening of their new office at 1150 Danville Road Oct. 10th.  They held a triple- ribbon cutting ceremony followed by a keynote address from Majority Leader Mitch McConnell.  The new office is housed with Campbellsville University Harrodsburg Campus and Mercer Adult Education has an office as well.  The Mercer Chamber had assisted in the University location to the area.  “After a search of more than 5 years, we finally have higher education back in our community” and a college on College Street, said Executive Director of the Mercer Chamber Jill Cutler. The Chamber helps with the welcome center and can be found right inside the Conover Education Center suite 100. 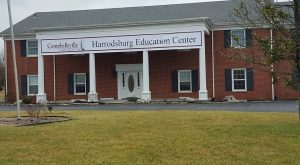 SOMERSET – The Kentucky Community and Technical College System (KCTCS) honored college benefactors at a recent Celebration of Philanthropy Awards dinner Louisville. Hundreds of business people and dignitaries from across the Commonwealth attended the event, which provides an opportunity for KCTCS to honor leading individuals, businesses and foundations for their generous philanthropic and voluntary support to KCTCS. At the event, Somerset Community College (SCC) honored Ward Correll, in memoriam, for his support of the college and its mission.

“Monetary gifts from Mr. Correll have greatly benefitted Somerset Community College,” said Cindy Clouse, director of institutional advancement at SCC. “Private and corporate giving is fundamentally important to the college. We provide many scholarships through those gifts, as well as fund new programs, buildings and initiatives. We sincerely appreciate each and every gift.” 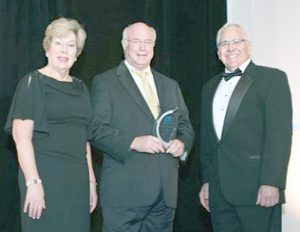 Correll’s death in April, 2016 was widely felt in southcentral Kentucky.  Friends of Correll have remarked that from his humble beginnings as a boy growing up in Somerset, to his hard-to-match success in business as an adult, Correll remained dedicated to the Lord, his family and his community.

“He loved to help, whether it was through donations to establish Somerset’s waterpark and Cap Ripken ball fields, or through his great financial benevolence to numerous places of education, including his $100,000 unrestricted gift to Somerset Community College, or through the myriad of other ways he shared his blessings with others,” said Clouse. “We are grateful for Mr. Correll’s support of SCC students and to the Correll family for the opportunity to honor the memory of a wonderful man.”

This is the 16th year for this celebration that has honored 699 Kentuckians who, since 1998, have invested in the future by investing in KCTCS students. Since KCTCS was established, private giving has totaled $190 million. Over the same period, the endowment has grown from $12 million to nearly $52 million.

Todd Kelly, owner of Kelly Nurseries in Lexington, presented a program on native trees at the November meeting of the Garden Club of Danville. Kelly brought a potted redbud tree and demonstrated the best way to plant a tree, then recommended native trees for our area. Kelly, left, showed club members Diane and Charles Meshako the proper depth to plant a tree and how to spread mulch around it, leaving the base of the trunk bare. He said that many people plant their trees too deeply and incorrectly pile mulch in a “volcano” shape around the trunk, which can shorten the life of the tree. 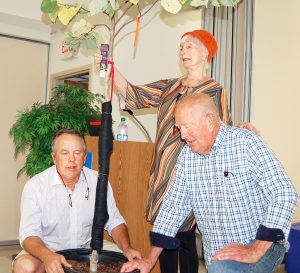 Freddie and Janice Bowling, of Danville, took their dog, Adi, around Danville recently to help encourage people to get out and vote on Nov. 8. 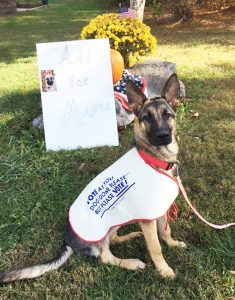 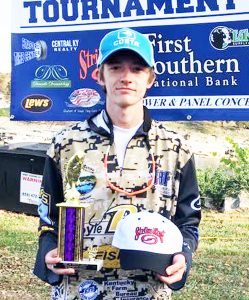