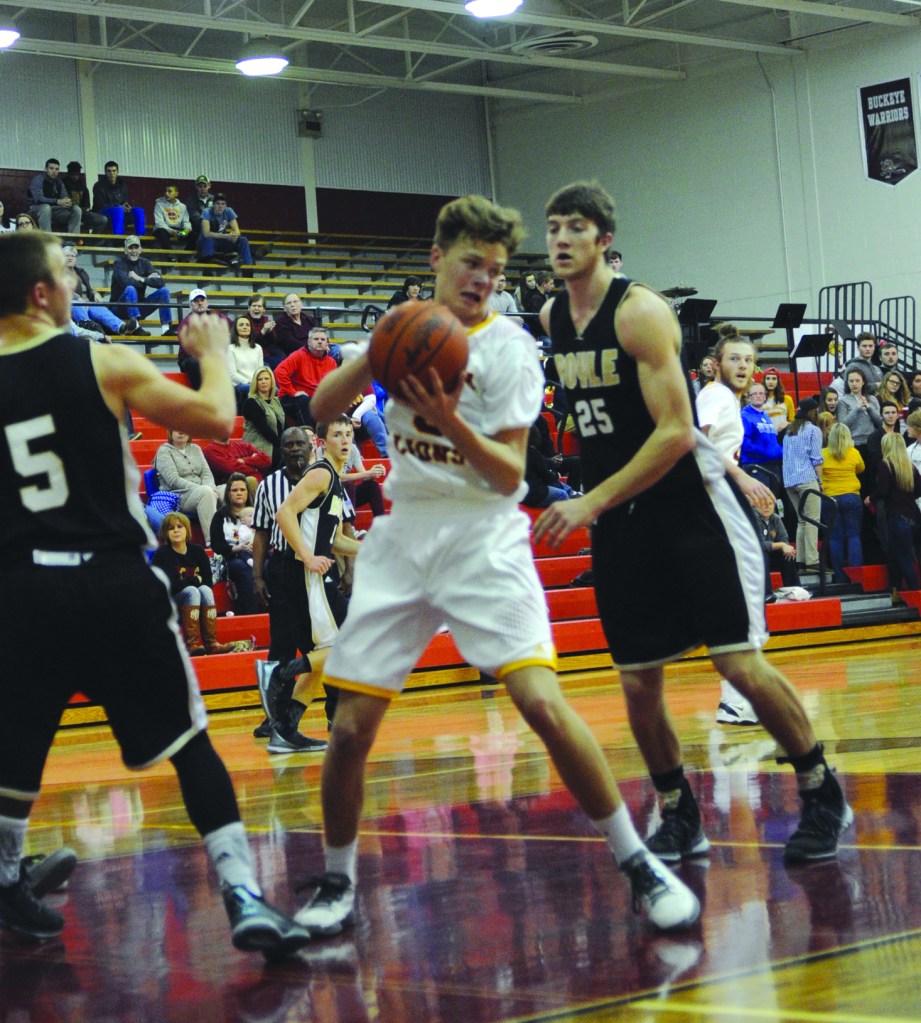 Teams all across the state will be adjusting to new faces on the floor and bench as the high school basketball season gets underway, but the argument could be made few will have as much to get used to as Garrard County.

The Golden Lions are coming off their most successful season in XX years, so naturally they’ll need to replace nearly three-quarters of their scoring along with breaking in a new head coach.

But at least when it comes to the coach, there is plenty of familiarity there — Ryan Young spent last year as the top varsity assistant under Josh Henderson.

“As far as the Xs and Os, not a lot has changed for me. I had a lot of say in what we ran offensively and defensively last season,” Young said. “I have tweaked some of these things to better fit our team this year. The biggest adjustment for our guys is how I run my practices. The level of intensity and commitment I expect from our guys in practice is different than anything they’ve experienced. Ultimately, I want this this team and every team I coach to be a player led team.”

Young might be familiar to area fans from his playing days as a point guard at Lincoln County. He helped lead the Patriots to two region championships. And it’s that point guard mentality which Young said has actually been the biggest adjustment.

“The biggest adjustment for me personally is the off the court responsibilities that come with being a head coach,” he said. “Naturally being a former point guard, I am somewhat of a control freak, so it’ll be an adjustment of letting go of some of that control to allow my players to be confident in their abilities during the game.”

Young mentioned senior Parker Dailey; the 6-foot-5 center averaged 5.1 points and 7.1 rebounds last year, and Young said he must increase his output in both categories, something he’s done in two scrimmages. In the season-opening loss to Southwestern, Dailey had 14 points and 11 rebounds.

“Parker has been a starter since his sophomore year and has been tremendous for us all offseason,” Young said. “He is wiry strong and did a great job adding strength during the offseason. We need him to be a double-double type player for us, and in our two scrimmages he has been.”

The guards are inexperienced, and Young said players such as Justin Preston, Trevor Jones, Jacob Barker, Carter Moss and Brandon Pingleton “will all be expected to contribute.”

With new players to rely upon and a new head coach calling the shots, it’ll be important for the Lions to keep that momentum rolling into the new season, which started with a 70-58 loss to Southwestern on Tuesday and continues Saturday against West Jessamine.

“The formula to winning and being a competitive ball club comes down to the little things and how a team jells throughout the season,” Young said. “We preach every day about being together, having a toughness mentality and playing for one another. These are the core values I want this program to be built upon.

“We have some kids that have put in a great amount of work in the off season, and I’m excited to watch them grow and play together. The kids know I expect them to compete on a nightly basis, and now the hurdle we have to climb is for them to have that belief every night they go out.”