Dry spell over: Plans underway for alcohol sales in Perryville 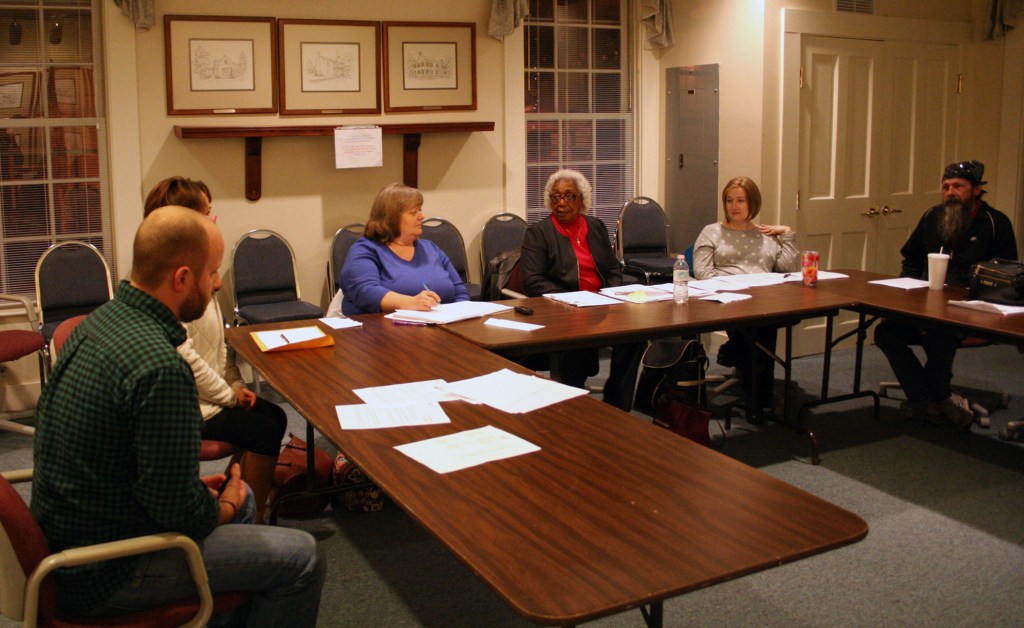 (Kendra Peek/kendra.peek@amnews.com) Mayor Anne Sleet speaks to outgoing council members. Dawn Hastings, Adam Gray, Tim Simpson and Ryan Norvell (who was absent) will not be on the council next year.

PERRYVILLE — The Perryville City Council passed the second reading of an alcohol ordinance Thursday night, allowing the city to issue local licenses once the 60-day window is up next week.

City Attorney Lynne Dean read a summary of the ordinance, 2016-005, which took more than an hour to read in its entirety during the special-called meeting in November.

The ordinance gives Mayor Anne Sleet the opportunity to appoint an Alcohol Beverage Control officer. She announced that she had discussed it with both Police Chief Parker Hatter and Fire Chief Anthony Young, settling on Young, which Hatter was “OK with.”

The council also heard from Young about the city’s non-compliant abandoned urban properties. All property owners have until Dec. 31 to comply with the city requirements, laid out to them in letters sent in October, to remain off a higher tax roll. Those properties who do not meet the requirements will have to pay a rate of $7.50 per $100.

This year, the properties that received a warning letter were subject to a $100 administration fee. 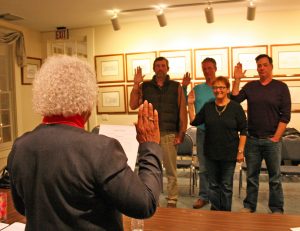 Young said that some of the same properties are on the warning list year after year, but the owners don’t make efforts to get off that list until they receive the letters.

“It defeats the purpose and spirit to do nothing for nine months and then a flurry of activity,” he said.

“We don’t want to lose our leverage. That’s what the city did last year,” said Council member Brian Caldwell.

• discussed the plan to get appliances for the apartment over the office and fire department. The apartment will rent for $600, including utilities.

• learned from Sleet that the state road department is working on the bridge. They have cut the sidewalk down on one side and have plans to do the same to the other side. It will be unlikely that people will be able to stand on it Saturday night during the city’s parade.

The road crews then plan to pour concrete on the bridge to repair it.

Young said that holes are visible where the sidewalk was.

“I know they have cut it down, but I think it was worse than anyone realized.”

If something happens to the bridge Caldwell said, it will have a big impact on Danville.

“It would affect probably 50 percent of Danville’s industry,” he said.

Caldwell, who is in construction, said the current work is not going to be a long-term solution.

• learned that the state plans to cut back a portion of the curb on South Buell Street to make it ADA accessible for a resident along that road. Some expressed concerns that doing so will make the rest of the curb useless.

The curb was installed by the state department to rectify a water runoff issue, that was causing damage to the historic structures along the road. It was originally said to be temporary, with plans to install a drainage system along the road, but Caldwell said he was afraid it would not be temporary.

• Current Council members Brian Caldwell and Jo Anne Reynolds, along with new members Jerry Houck and Paul Webb, were sworn in after the meeting. Other incoming members Julie Clay and Steve Bailey were absent and will have to be sworn in before Jan. 1.