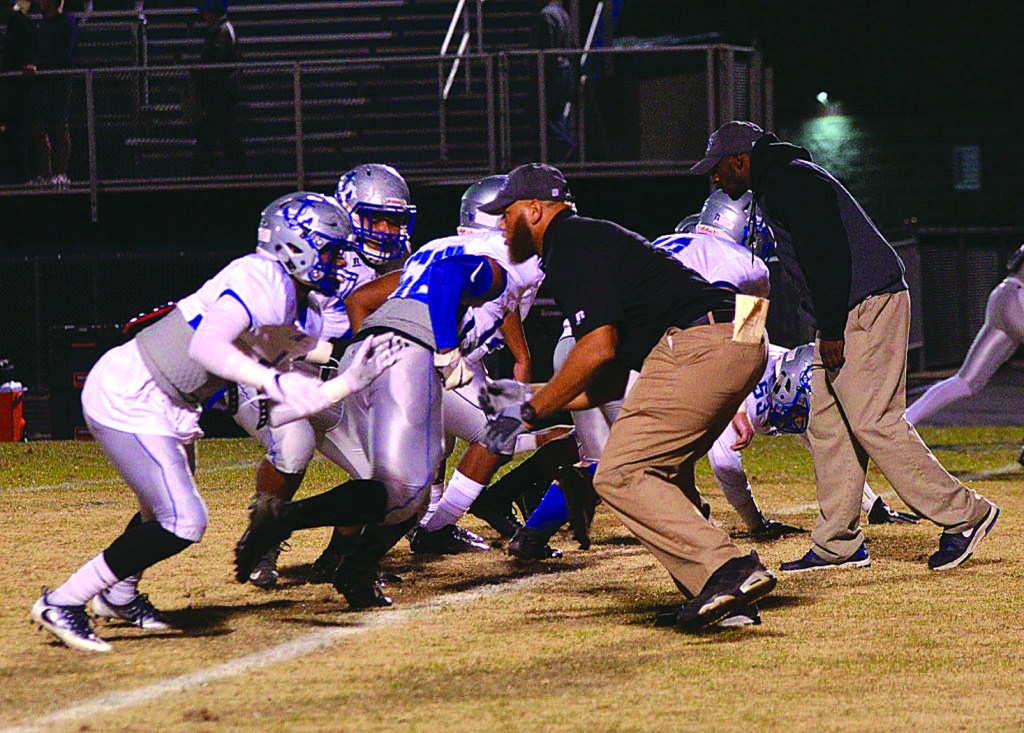 Jeremy Schneider/jeremy.schneider@amnews.com Danville assistant coach Darius Baughman, right, goes through drills with Jaleel Warren before the start of a recent game against Lexington Christian. Baughman is one of five coaches on the Admirals staff who are graduates of Danville.

Coaching a team to a state football championship game is a special experience no matter your history or situation. But doing it for your alma mater, for the kids growing up in your neighborhoods and wearing the same colors you once did, amplifies that experience many times.

For five varsity coaches at Danville, they’ll share that experience with each other in today’s Class 2A title game against Christian Academy (Louisville) at 1:30 p.m. at Western Kentucky University.

After the Admirals beat Covington Holy Cross in the semifinal game to advance to the final, head coach Clay Clevenger found his dad. His message was simple.

“My dad grabbed me after the game, gave me a big bear hug and said, ‘This is what you came home for, isn’t it?’ It is,” Clevenger said. “You come back to this because you want to add to the rich tradition that we have.”

And what a tradition it is, with the coaches — Clevenger, Kelvin Turner, Darius Baughman, Ernest Dunn and Kenny Young — playing a part in state title runs during their playing days.

Clevenger won a state title as a junior in 1994, but they lost out on a return trip during his senior year. With this team loaded in the sophomore and junior classes, it’s a message he’s been spreading throughout the week.

“I was talking to one of my juniors today and I said, ‘Don’t take this for granted,’” Clevenger said. “That’s going to be one of my main messages because we’re so young — don’t think it’ll come back just because you did it as a junior or sophomore, that’s not always the case. You’ve got to take the most of every opportunity you get.” 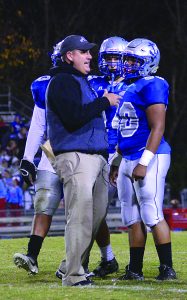 Jeremy Schneider/jeremy.schneider@amnews.com
Danville coach Clay Clevenger is a 1996 graduate of the school, one of five coaches on the staff who are alumni.

Turner had a similar experience during his playing days as a standout running back. The Ads beat Beechwood 42-7 during his junior year, with Turner scoring four touchdowns in the game, but when the two teams met up for a rematch in the 2004 title game, Turner said they took the win for granted. Beechwood won the revenge game, 23-7.

“Go into this game even hungrier and get the results you’ve been working for,” Turner said of his advice for this year’s team. “Stay humble, don’t let it go to your head. I know it’s exciting, but stay humble and on the track you’ve been working and hopefully everything will work out Sunday.”

Two years after that loss to Beechwood, the Ads lost to Newport Central Catholic in the title game. For a program which had played in 11 of 20 state title games, from 1987 through ‘06, there was no reason to think that run would stop.

But it did, and this year is the first time in a decade the Ads have been back in a state championship. For Turner, it’s surprising that the gap between appearances has been so long.

“Year in and year out, Danville has athletes, they have what should be a championship-caliber team,” Turner said. “Not to be even close to playing in a state championship game until last year … it means a lot because this is what this town, this program is about, getting to that state championship game. To be gone for so long, it’s almost like something’s not right.

“I’ll give all the credit to coach Clev because when he came in, he turned up the notch on this program with the weight program he’s implemented and just holding these kids accountable for their actions, he’s done a great job. As long as we keep doing that in the program, at least for the next few years we can at least contend and be a top team in 2A.” 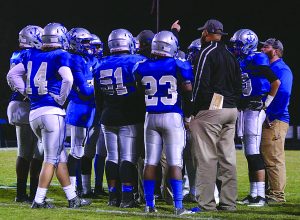 The key for this coaching staff will be keeping the excitement of this championship run going through to the younger grades, even into the grade schools. The team showed up at the three elementary schools and Bate Middle School during the week for pep rallies, and Clevenger recognized the youth football players at the stops.

According to Dunn, it’s the way he was as a youth, dreaming of the day he buckled up his helmet as an Admiral football player.

The players also respond to the coaches’ Danville backgrounds — Dunn said the players know the coaches understand “the standards, the high expectations that are held here at Danville” — and it doesn’t hurt that they have players like Turner, who rushed for 7,170 yards and scored 116 TDs in his career, delivering the message.

“We have the best people to come out of Danville as our coaches,” junior lineman Christian Hill said. “We’re being taught what’s best for us. They’re the best to come out of here, so they obviously know what they’re talking about.”

Even with the excitement he felt as a player in the game, Turner said his role as a coach has made this run unbelievable and special.

“It almost feels even better than it did when I was a player,” Turner said. “You want the players to succeed, you want them to do good, you want them to see that maybe this is their way out. For these guys to get and play in that state championship game, it makes you proud for the kids and for the community.”

And that’s a two-way street. Junior David Walker wants to bring home a title as much for his coaches as for himself.

“It’s crazy to me that we’re about to play in a state game,” Walker said. “I don’t know what it means when we say state, but you say it to them and their face lights up. It’s a big deal to them. … Getting back to this spot, we’ve got to bring it back, not even for us, but for them. They would love to see that.”