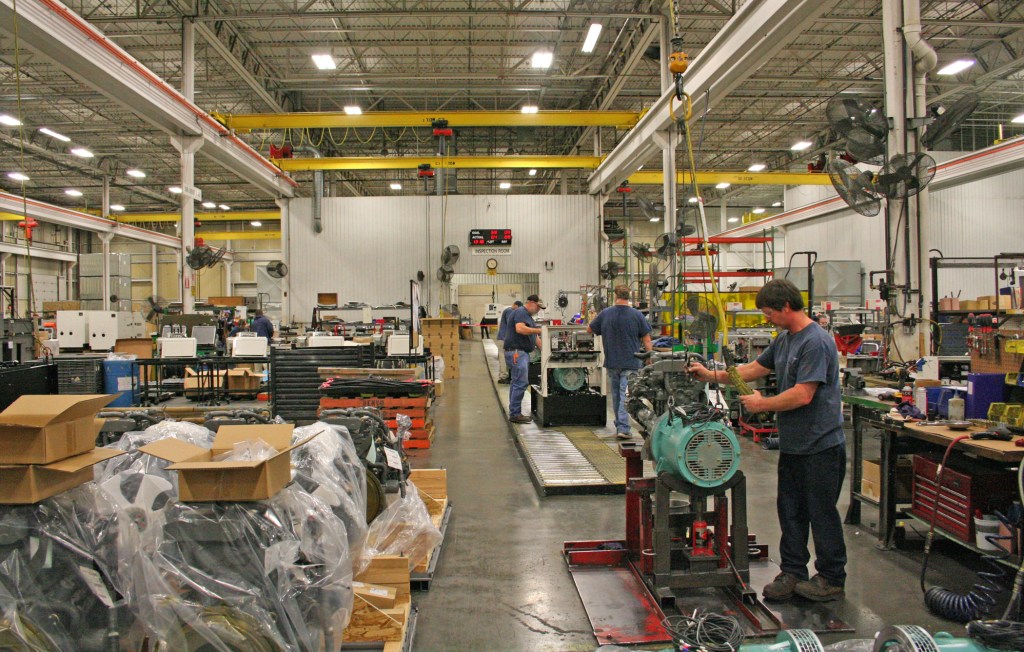 Kendra Peek/kendra.peek@amnews.com Employees work on the floor of the Denyo factory in Danville, which is currently undergoing a nearly $3 million expansion that will add approximately 11,000 square feet to the facility.

A nearly $3 million expansion is under way at the Denyo plant in Danville.

The project includes an 11,000-square-foot addition of office space and a renovation of the existing 9,600-square-foot space for research and development, a larger cafeteria and an expanded human resources department.

It’s an investment in the future, said Joey Harris, plant manager for the Danville plant.

Denyo hopes to receive an estimated $80,000 tax incentive from the Kentucky Enterprise Initiative Act for the $3 million dollar project, based on the company’s spending of up to $2.1 million in equipment and materials.

Harris said the project will also include 70 feet of solar panels.

“We are very strong in environmental sustainability,” Harris said.

The 115 panels will come from Wilderness Trace Solar in Danville and will generate 30 kilowatt hours of electricity, the maximum allowed in the state of Kentucky.

“I hope it’s a good message to see, when you turn into the industrial park and see this field of solar panels,” he said.

Besides employing 130 people in Danville, Denyo owns a fabrication plant in Nicholasville, one plant in Vietnam, one plant in Indonesia and three plants in Japan.

The last expansion project was in 2011-2012, when officials said the plant was made four times more productive.