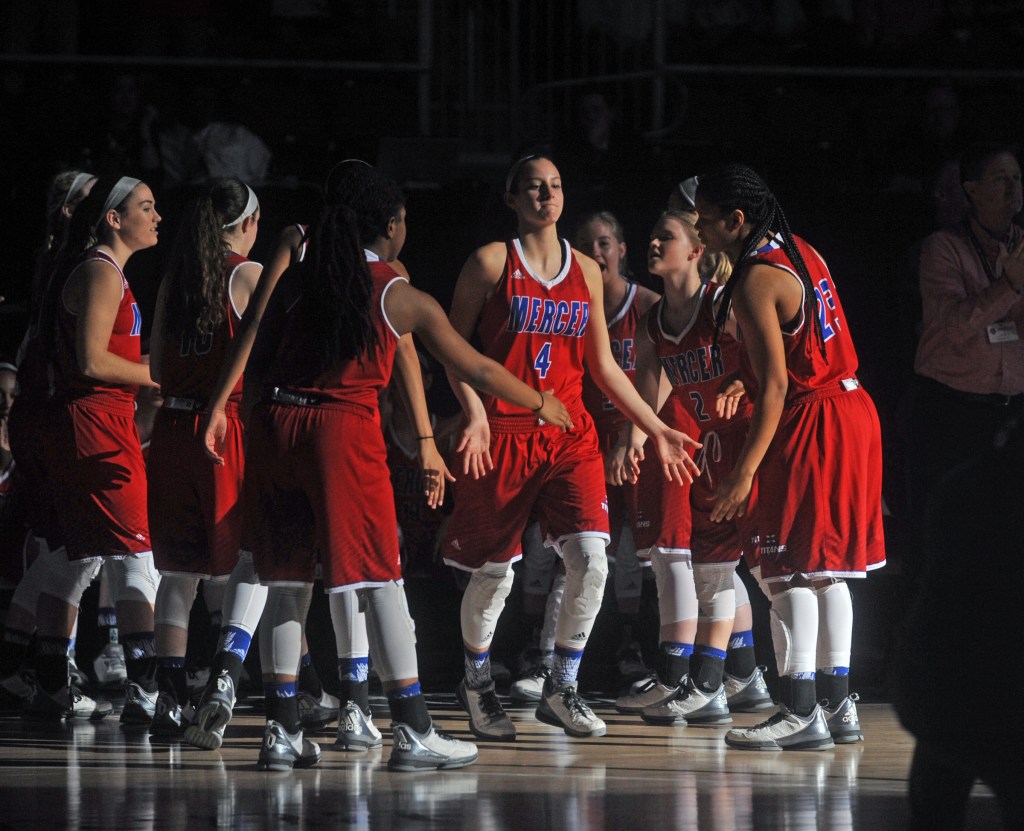 There’s only one way the Mercer County girls basketball team can improve upon last year, and that’s the Titans goal every season — to win a state title.

The Titans won 31 games last season on their way to a spot in the KHSAA Sweet 16 state semifinal, and while coach Chris Souder admits their schedule this year will make it difficult to repeat that win total, their ultimate goal hasn’t changed.

“Our goals never change from season to season,” he said. “We will always strive for a state championship. With that being said, you want to win your district and you have to win your region to get a shot at a state championship. We feel all of these are realistic goals but also understand how hard it is to reach those. It is a marathon and you have to weather storms throughout the season.”

The Titans will face their share of storms, with national tournaments in Phoenix and Springfield, Missouri, coming this month along with two tournaments in Louisville, highlighted by the Louisville Invitational Tournament at the end of January.

But with a schedule as difficult as that, Souder hopes it helps out come tournament time.

“We will play some nationally ranked teams as well as the state’s best teams,” Souder said. “We are excited about our trips and the exposure our girls are getting but we will also use it to our advantage to see where our glaring weaknesses are and be ready come tournament time.”

Mercer won’t be a pushover in any game this year, regardless of competition. Eight players appeared in at least 32 games a year ago and seven of them are back this season.

Junior guard Seygan Robins signed to play college ball at Louisville in the offseason after averaging 16.2 points and making 36 percent of her 242 3-point attempts. As a team, Mercer hit 339 of its 1,035 3-point tries for a 33 percent clip.

“We feel like we have improved if anything from an experience, maturity and strength standpoint,” coach Souder said. “All these girls put a lot of time and effort into getting better, and it is just like anything you do, whether sports or just life in general — you get out what you put into it.”

The Titans have made the 12th Region championship game three straight years, with two consecutive trips to the state tournament. With a junior class loaded with Robins, Davis, Souder and the Lake twins, the run of elite success at Mercer isn’t getting any closer to ending.

With that much talent back from last year, it puts those expectations sky high for this year.

“I coach these young ladies very hard and I tell them the better you get the harder we work,” coach Souder said. “They all understand that and they know when they step on the court, whether it be practice or game, they have to play at 100 percent at all times or they don’t play. I don’t ask for over 100 percent because it is not humanly possible, but if you are giving just 99.9% that is not good enough. It is a commitment and they realize what is at stake, and we also want them to realize if you take this approach in life after basketball you have a leg up on your competition.”