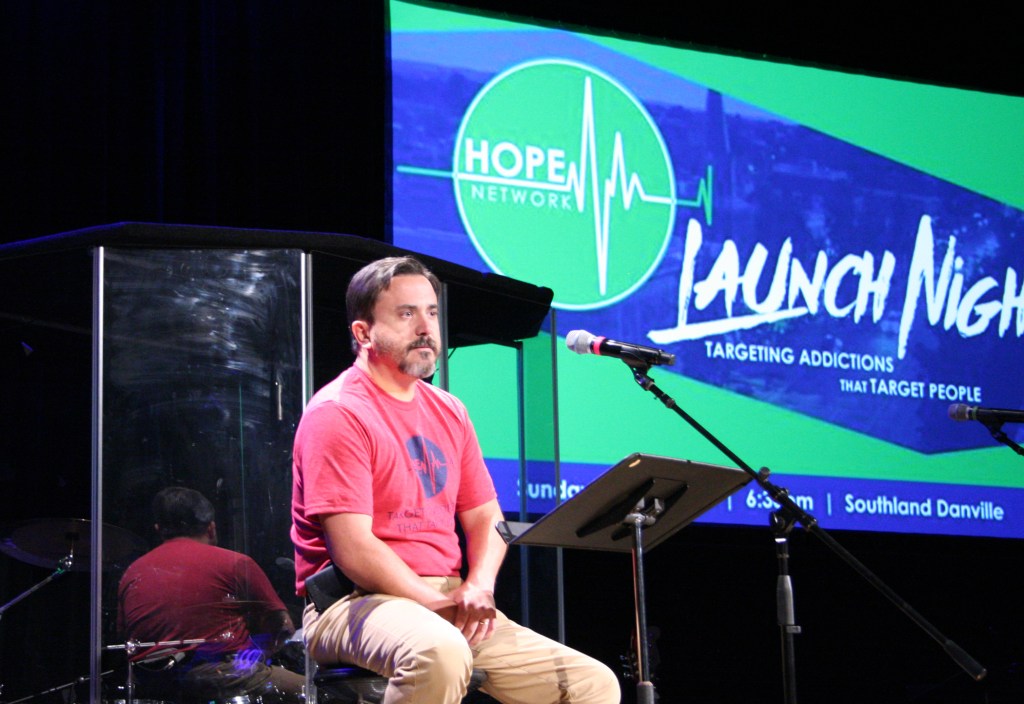 Law enforcement officers have a tendency to see people at their worst.

Before his law enforcement career, Wofford spent six years in the Marines, serving during Operation Desert Storm and working as member of the military police.

Wofford then began working at the Lexington Police Department, where he stayed for about five and half years before moving to Boyle County. His time working at the Boyle County Sheriff’s Department included time spent working undercover for two years on drug task forces with the Drug Enforcement Agency and Kentucky State Police.

He called working with the Kentucky State Police a “highlight” of his career.

“It was a great experience. They really supported us, made sure we had the equipment, tools we needed, and the resources,” he said.

His undercover work brought him up close and personal with those he could potentially be arresting and he saw firsthand what drugs do to people and their families.

“I would sit down and get to know these people. An investigation may take three, six months, a year, depending on how it’s going to go,” Wofford said. “You get to see, you get to learn a little bit about their background and their stories. They’re not bad people. They’re trying to feed a habit.”

Sometimes, he said, he was faced with individuals who “never had a chance at life.” They had a rough upbringing and sought out anything to escape, eventually becoming addicted.

Other common cases included those who had become addicted following accidents that left them dependent on pain medication. When their prescription medication was cut off, they were left with an urge to find it elsewhere.

“I could see them more as people than just a case I was working,” Wofford said.

His more than 20 years of service come with a long list of memories, he said. That includes the adrenaline rush that would kick in when something happened.

“The thing I miss the most is serving search warrants because it’s adrenaline. Kicking in doors, going in on people that have loaded weapons and big dogs — the adrenaline you get from that, I miss that.”

Wofford said there are other aspects that he certainly doesn’t miss, such as the crazy hours and being on-call all the time.

“The great thing about this position is I get to be home with my wife and daughter. I get to go to ball games. I get to be more of a husband and a daddy,” he said.

Wofford said his family loves having him around so much more.

It was an adjustment, Wofford said, transitioning from a position where he arrested people to his current position of chief deputy, where he’s now in charge of those who’ve been arrested.

“I’ve not had a problem. I did get some strange looks,” he said, but added that he hadn’t had any issues since making the transition two years ago.

Wofford trains officers, coordinates the jail’s PREA program, and is involved in general day-to-day operations of the facility, which he describes as a city on its own.

Essentially, it is, with its own medical care, educational area, recreational area, work space, cafeteria and more. Those who work in the kitchen while at the center can work toward a certification for their future employment once they have been released.

“We provide clean water, sewage, clothing, all the basic essentials,” he said. “We have to make sure their constitutional rights are protected.”

The center ensures everyone gets to doctor appointments, court dates, and more.

It’s through the Hope Network that a new project is forming, one that Wofford has a hand in. Called Circle of Hope, the project works to help former inmates as they attempt to find work after serving their time. It’s based on a program in Lexington called Jubilee Jobs.

“Statistics show that 64 percent of inmates, once released, are unemployed after one year,” Wofford said. Often, those individuals wind up back involved in the same things that got them arrested before, especially if drugs were part of the cause.

The program is in the planning stages, set to be launched early next year.

Wofford thinks it could have an impact on the “drug epidemic.” 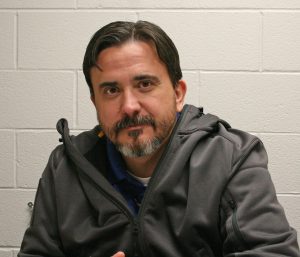 Kendra Peek/kendra.peek@amnews.com
Brian Wofford, chief deputy at the Boyle County Detention Center, spent more than 20 years in law enforcement, and now works on behalf of the center with the Hope Network.

“We have to rethink how we look at the drug epidemic. Locking people up just to do time is not working. I hate to admit it, but I will: we lost the war on drugs $50 billion dollars ago,” he said. “I’m not saying that what they’re doing is not effective, but as far as those for nonviolent charges … if they have violent charges or there are weapons involved or are dealers, yes, we need stiff penalties. They’re killing people.”

Wofford said he uses his job at the center to help educate people. Recently, the Boyle County Fiscal Court has been working with Jailer Barry Harmon and others to create an outpatient treatment center, hopefully to be housed at the former Red Cross building.

“I think that’s a step in the right direction. It’s going to help rebuild them, it’s going to get them the mental help that they need,” he said.

They will get other help, too Wofford said, such as through Circle of Hope, which will help people break the cycle by getting them reputable employment.

“We have to really change our approach, not just from a corrections side, but as a society and how we view these people. Instead of just tossing them away, we should be able to help them get back on their feet so they can be productive.”

For women, the numbers are much higher, Wofford said.

“I’ve been looking at our numbers. Our recidivism rate for females is 90 percent,” he said. “That’s something we need — you can’t treat women like you treat men … we are really hurting for treatment facilities for women.”

In comparison, men return locally an estimated 74.28 percent of the time, Wofford said.

“The benefits are exponential — not only does it benefit them and benefits their family, it benefits our county,” Wofford said.

In some cases, those who have substance abuse can have a mental health issue, too, which Wofford said is not really something the Boyle County Detention Center is equipped to handle.

The employees at the  center, which faces issues of overcrowding, are “stepping up” he said.

For Wofford, the drug epidemic has become more personal after his many years in law enforcement.

“My whole mindset on this has changed,” Wofford said. “As I’ve matured through my career and then ended up here, I look at it as a disease.”

He’s impressed in the way the community has stepped up to help.

“That says a lot for the community, the type of people we have here,” Wofford said, calling the members of the Hope Network “heroes.” The fact that the group has been able to work together, across denominational lines, has been a big deal, he said.

“It has the potential to be bigger than anybody ever imagined.”

Another component, Wofford said, is the Celebrate Recovery program, which is growing by leaps and bounds to help those who need it. The program is expanding to multiple churches around Boyle and Mercer County, making it so location can not be a reason to not attend, he said.

Like so many involved in the Hope Network, Wofford said his faith keeps him going, and that has not wavered over the years.

“Dealing with so much sadness through my career, and seeing how life has really messed some people up, Christ has been my foundation to keep me sane. My Christian beliefs have kept me where I need to be,” Wofford said.

Situations are harder than anyone can imagine he said, and can include having to help remove children from a home, having to deal with horrific auto crashes, or even just working a criminal case under cover, seeing someone throwing away their potential because of their addiction to drugs or alcohol.

“When a police officer, whether it’s a patrolman or whatever, gets called, it’s not because someone won the lottery. You’re there because someone is having the worst day of their life. You have to go in and you have to take control, maintain order and proceed from there,” Wofford said. “You see, whether its domestic violence, child abuse, rapes … I think sometimes people forget that police officers are not just pulled from a box every day and sent to work. They’re people.”

He said he has also gained a new understanding for his fellow employees at the Boyle County Detention Center.

“I have a new appreciation for what a correctional officer does, versus a police officer,” Wofford said. “They’re both equally important. I don’t think some people really understand what we deal with on a daily basis. My deputies do so more than I do — they’re the real unsung heroes.”