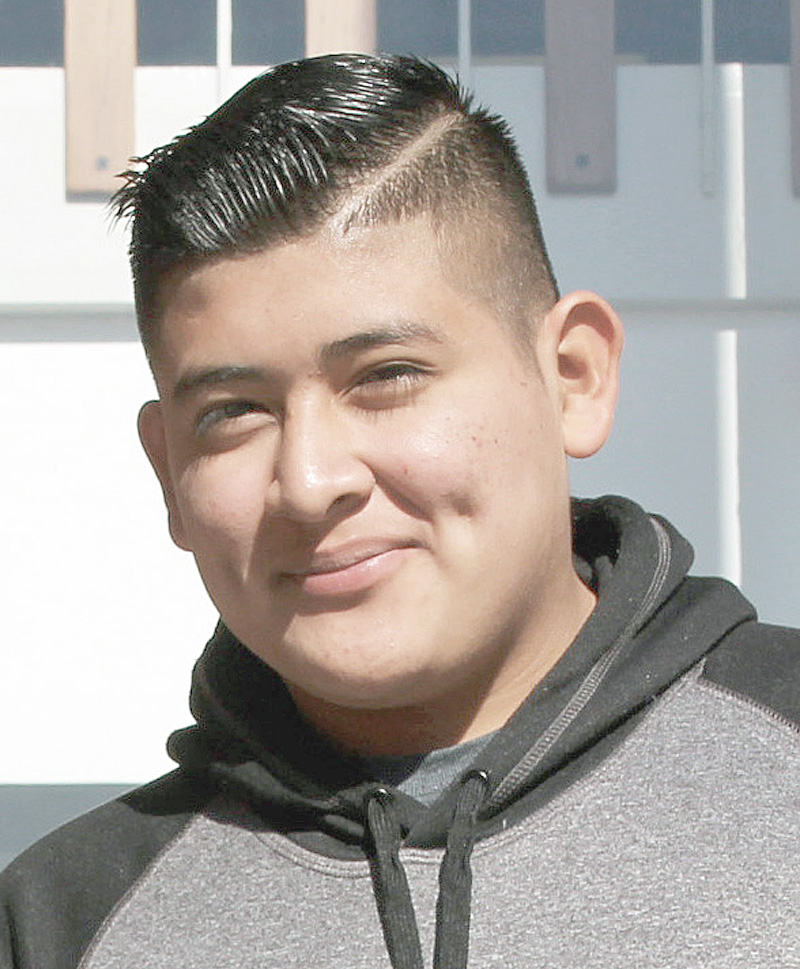 “It’s a lot different here than it is back in El Salvador …The teachers and students are super friendly.

I’m learning the language a little at a time, so communicating can be hard. I just hope people here give me a chance,

because they don’t understand the life they’re blessed to have.”

Danville High School is a District of Innovation, meaning the district gives its students the freedom and opportunity to better their lives, education and futures in unique ways. Americans tend to take advantage of these opportunities in life, not realizing that there are other countries who aren’t as fortunate.

Extortion, poverty and gangs are all big issues in the country of El Salvador. El Salvador is the smallest country in Central America. Located between Guatemala and Honduras, El Salvador is 21,041 square kilometers, which is about the size of Massachusetts.

Dennis Martinez-Montenegro, 16, came to America over the summer from El Salvador, and enrolled at DHS on Nov. 1.

After coming over to America one sibling by one, it was Martinez-Montenegro’s  turn to make the trip.

“My father always wanted what he thought was best for us, so he sent us here for a better future,” Martinez-Montenegro said. Approximately 1.3 million foreign-born individuals moved to the United States in 2014, according to Migration Policy Institute statistics, and most came because they were looking for better opportunities. Dennis added,

“Most people here think all immigrants are bad and up to no good, but most of us are just trying to live a better life.”

“Most kids my age get forced into gangs. Violence isn’t uncommon there, you never really know what could happen to you throughout the day,” Martinez-Montenegro said. “My family wanted me to have a better opportunity, so I packed little that I had and left.” Explaining how his journey to America wasn’t as simple as he thought, he read from his journal where he wrote during his expedition.

Martinez-Montenegro  left his home on July 24, and it wasn’t until Aug. 8 before Immigration took him in. Leaving his country, Dennis traveled in a small truck because his family couldn’t afford a plane ticket. Only stopping a few times, they finally arrived at the American border.

“We got to this river, a very high river. We ended up having to cross by boat because it [the river] was too high,” he said.

After crossing the river, he walked to the nearest town, which happened to be an hour and 30 minutes away. He finally met Immigration in Texas, and they kept him in a facility until they filed the papers and contacted his family here. During his stay, he was given one sandwich, crackers and one water a day. He remained there for about four days, then flew to Miami, Florida, where he was moved to a children’s home.

“I was there for 49 days. It was a big building, and each room had about 16 people sleeping in it. They gave me an apple and a juice each day. I lost a lot of weight,” he said. He went into the home weighing nearly 180 pounds and left weighing 140. He then was transferred to another home, which he thought was way better than the first. The rooms had fewer people, he was given a “buffet of food” to choose from, and he was taken to the beach and a hockey game.

After 39 days, he was finally released and flew to Kentucky, where his brother and sister-in-law picked him up from the airport.

“I was excited to be with people I knew. I was happy to start my new life here and see what America brings to me.”

Although he went through a long, hard process to move to the U.S., Martinez-Montenegro is very thankful.

“It’s a lot different here than it is back in El Salvador. I like school and the classes Danville High gives me. The teachers and students are super friendly. I also work with my brother, so I meet new people everyday. I’m learning the language a little at a time, so communicating can be hard. I just hope people here give me a chance, because they don’t understand the life they’re blessed to have.”

Martinez-Montenegro hopes his experience in America will better his safety and education. “Americans should be thankful for the opportunities this country provides,” he explained. “Some kids aren’t as lucky.”