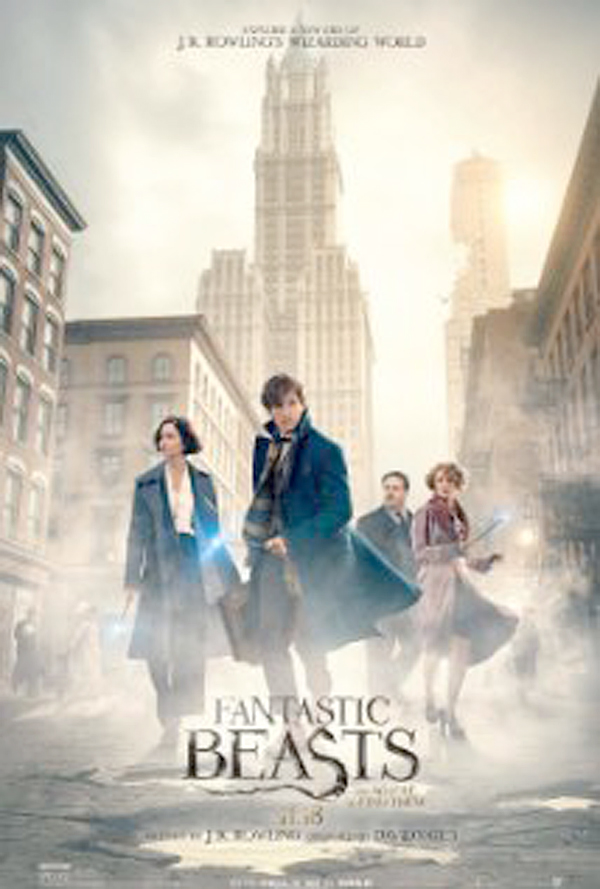 I’ll admit it: I know nothing about Harry Potter. However, I do know “Fantastic Beasts and Where to Find Them” is a great movie. It is the first of a five-part dazzling series prequel to the Harry Potter series (according to author J.K. Rowling).

“Fantastic Beasts” is set in 1920’s New York City and is about Newt Scamander recapturing all of his lost creatures back after they are released from his magical briefcase on accident by Jacob Kowalski. Newt meets Porpentina “Tina” Goldstein and her sister, Queenie Goldstein, as he is trying to recapture his fantastic beasts into his endless briefcase.

“Fantastic Beasts’” four main characters are what makes the movie so magical to me besides the action effects. Newt, played by Eddie Redmayne, is a wizard from England, and his passion and love for his creatures makes him such a relatable character because who doesn’t love their pet dog or cat? Also, he is trying to write a book called “Fantastic Beasts and Where to Find Them” to better educate other wizards. Tina, played by Katherine Waterston, is a determined witch of the MACUSA (Magical Congress of the United States of America) who, after using her magic unauthorized, was demoted to a desk job from being a investigator. The mind-reading Queenie, played by Alison Sudol, adds comedy moments in the movie. My favorite character is Jacob Kowalski, played by Dan Fogler, who is hilarious and never has a dull moment in the movie. For example, when he is climbing the tree to escape from the rhino. He’s the only non-Maj who knows about magic and is also aspiring to be a baker. If this mythical world were real, we would all have the same reaction as Jacob does of amazement and cluelessness.

The creatures are what also makes the movie fun to watch. The creature called a Niffler looks a lot like a platypus with an endless kangaroo pouch. He is comedy to watch as he tries to steal gold from a bank vault. A Demiguise looks similar to a sloth but doesn’t have the laziness of one. A Demiguise can turn invisible and babysits an Occamy that is a snake-like creature but with a bird’s face, tiny wings, and silver skin. Swooping Evil is a bird-like creature that Newt uses as a Swiss army knife in sticky situations such as when he is trying to get away from the bad guys.

One drawback I have from the movie is it sometimes was confusing. I don’t know a lot of back story from the Harry Potter series and loose ends are being left for the rest of the movies to pick up on: that could be where my confusion comes from. I just don’t understand how they can do everything with their magic. For example, how did Newt make the briefcase so it could fit all the animals and habitats? What limitations do the people using magic have? A lot of questions like those two were unanswered in the movie.

The movie also adds subtle pieces of humor that will make you smile.