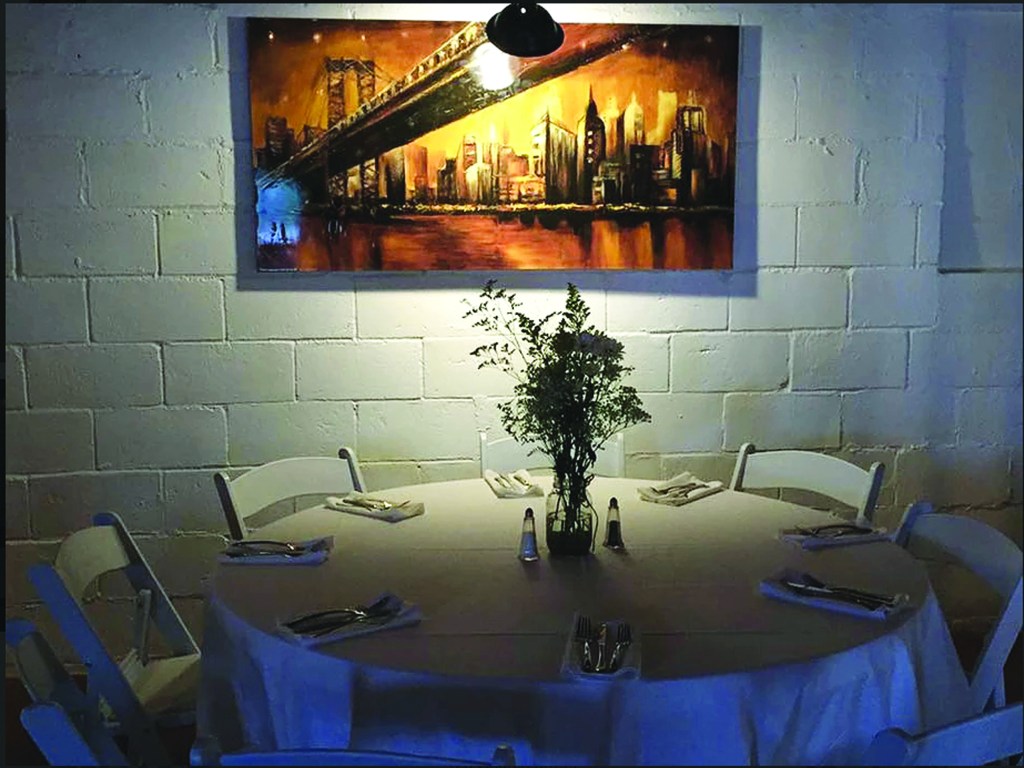 Rhonda Reeves says there’s a simple reason why you should join Supper Club.

“You are seated immediately, there’s no waiting. There’s a set menu at every seating, so no decisions to make,” she says. And best of all: you can always expect delicious “homemade” meals.

Reeves has been in the catering biz for five years now, best known for owning and operating Souther Plate Catering. She moved into 126 Church Street, the former locale of Sweet Difference, and has worked tirelessly to redecorate the entire space, with the upstairs area aptly named “The Loft.” The space is open for rental events, but Reeves said she also wanted to utilize the interior upstairs and downstairs to offer a unique dining experience on a membership basis.

“When the venue came open, we jumped at it. It took us about four months, we totally remodeled and updated it. I hadn’t thought about offering anything different in the upstairs area …” she says, until a friend brought it to her attention. “She said ‘You should, it’s gorgeous’ …”

With the catering company, The Loft and Supper Club, there are now three entities under one roof. A one-stop shop for dining, entertaining and catering, she says.

“After 26 weddings, we finally finished up our season in Louisville last Saturday,” Reeves says, explaining now she finally has the time to devote to The Loft and Supper Club, and is getting the word out about the members-only dining club. 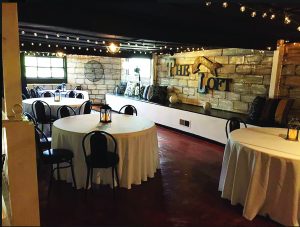 “The Supper Club — we want to let it stand on its own. We have a few members already, but we have the capacity to offer about a 150 memberships.”

It works like this: the yearly fee is $50 per person, and for each meal, members — who must be at least 18 years of age to join — will pay $20-$25. That includes five courses, desserts, coffee, etc. However, no liquor is allowed on the premises — Reeves says she didn’t want to deal with the liability issues, allowing her to truly focus on what she knows best: good food.

The Supper Club is offered the first four Thursdays of the month, with two seatings each event — 5:30 p.m. and 7 p.m.. Tables are available for parties of two, four and five. There’s one table that seats up to eight, but she tells interested parties to give her a call first to make sure it’s open before making reservations. 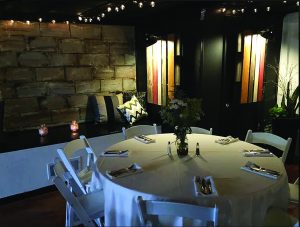 She describes her food as very familiar, but different. The “homemade” quality of her food stems from the generational recipes she’s used for years. Prime rib with Hasselback potatoes and organic salad, a mesquite grilled chicken with Kentucky bourbon glaze and garlic mashed potatoes paired with roasted fall veggies, Parker House rolls … chocolate pecan cobbler with vanilla bean ice cream … “We’re using our parents’, grandmothers’ and great-grandmothers’ recipes …” but adapted and tweaked for today’s tastes, using fresh herbs and such.

Reeves’ husband David plays the piano for each meal. The vibe is casual, but no jeans allowed. The experience is about fine dining in a private setting, she says; no one can walk in and make reservations unless they’ve joined.

“This is for a select group of hometown people,” Reeves says, and offerings will include some specially planned soirées before Norton Center events, and holiday baking specials that only members may take advantage of. There’s a counter with freshly baked cookies, cakes and pies members can choose from, as well — what Reeves refers to as filled with “Southern baked goodness.”

Anyone interested can go to southernplatecatering.com to find out more or take a glimpse of offered menus, but those who want to join need to contact Reeves directly for membership details. “After you join, you can go online and check out what’s offered weekly and decide which dinners you want to sign up for. You place your reservation online, then I get an email after you’ve paid. It’s that easy.”

For more information or to sign up, call (859) 319-3444. Like Southern Plate Catering on Facebook to keep up with special offers on desserts and other baked goods.