Trio of seniors gave it all for Admirals 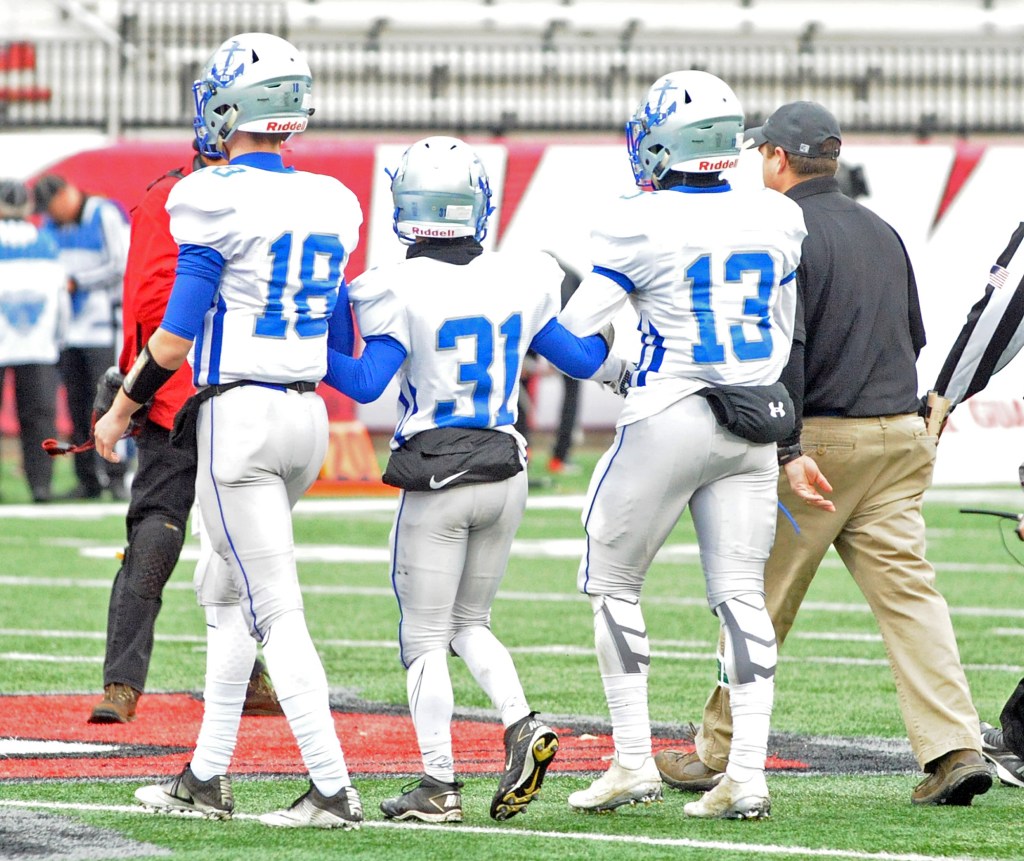 BOWLING GREEN — It wasn’t easy for Zach Damiper, Ellison Stanfield and Jeremiah Wheat to leave the field on Sunday.
In middle school, they didn’t win a game. And at Western Kentucky University in the KHSAA Class 2A state championship game, the trio of seniors finished their high school careers going further than any of their teammates before them had gone.

“It stings, it’s supposed to, but I know we still played our hearts out,” Wheat said.

Coach Clay Clevenger has a special bond with the three as well.

“They came in with me,” Clevenger said. “They were the freshmen my first year. They’ve stuck with it and they’ve worked hard. It’s just hard to say at this point. They each played different roles, and they played their roles to the best of their ability. For that, you’re always appreciative.”

It was difficult for Stanfield and Wheat to put it into words after the game.

“We played our hearts out for our brothers, we’ve been doing that our whole life,” Stanfield said.

Both players were thankful.

“We’ve been blessed to have the players that we have on our team, blessed with the coaches that we have, to be able to make it this far,” Wheat said.

Sticking with football through so many challenging seasons early in their playing days shows a dedication that each senior said they hope the underclassmen will remember them by. 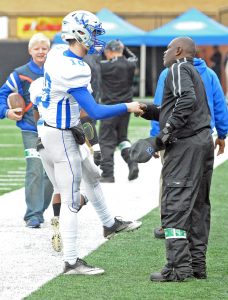 “I’m just so proud of them. We put in so much work,” Dampier said. “To go from where we were in middle school, not winning a game, to be able to get here, it just shows how hard we work. With everybody being so young, they can keep working hard and I wouldn’t be surprised if they come back and win it next year.”

For his fellow seniors, Dampier said their bond was unlike any other.

“We’ve grown up together since elementary school, there’s really nobody else that I can say that I’m closer to than them,” he said. “It’s hard to see this come to an end.”

Clevenger said that bond between his seniors is something he wants every class to have.

“That’s just football, high school football,” the coach said. “That’s what makes it special. They have that tight bond because they spent so much time, they go through so much with each other. And it’s like that every year. If you’re running the type of program, that’s the way it should be. The kids love each other, they’re playing hard for each other. That’s what you want.”