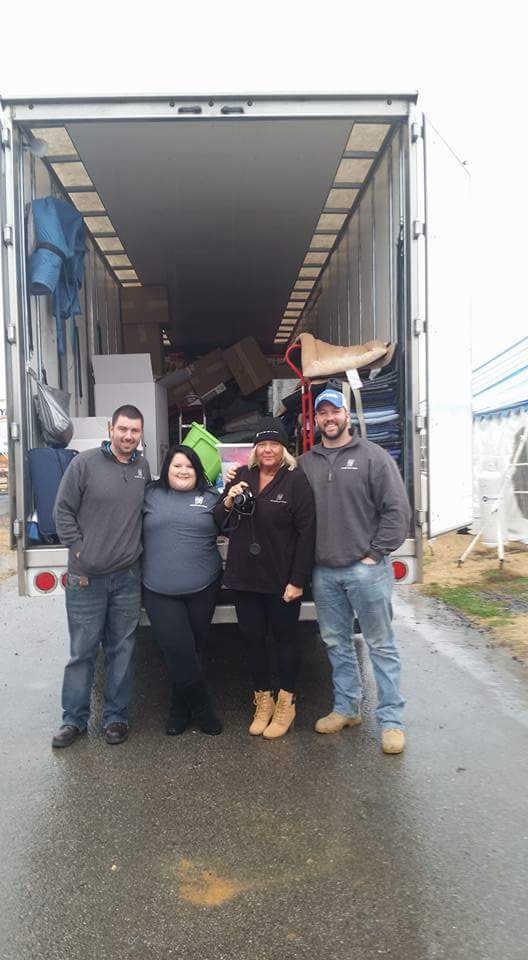 Two Men and a Truck, second from left is Kayla Shannon Dover in Gatlinburg

LANCASTER — A group of Kentuckians has taken three trucks of donated supplies to the Gatlinburg area in the wake of forest fires that ravaged the Tennessee town. And they’re headed back with more supplies on Saturday.

Mark Hurte, director of the Central Kentucky Regional Humane Society, said he, Kayla Shannon Dover with Two Men and a Truck and four other people traveled with three trucks filled with supplies last Saturday. Because of how much is being donated, Hurte said they will return this coming weekend with at least one more truckload.

Donations have included everything from pet food to cleaning supplies, he said. The group is not limiting the type of donations they will take down to Gatlinburg.

“You name it, we’ve got it,” he said. “It’s things people don’t think about during a fire.”

Other items taken down last Saturday include clothing, snacks for volunteers, gloves, health masks and boots.

For kids, reading books, cards and small games were donated, he said.

“Something to keep them busy,” Hurte said.

Now that the fires have passed, residents are returning to the city to assess the damage.

While he was down in the Gatlinburg area, Hurte said he witnessed several animals being reunited with their owners, and people finding belongings they thought had been lost.

“It’s very heartwarming,” he said. “Miracles were happening down there.”

Two Men and a Truck, second from left is Kayla Shannon Dover in Gatlinburg