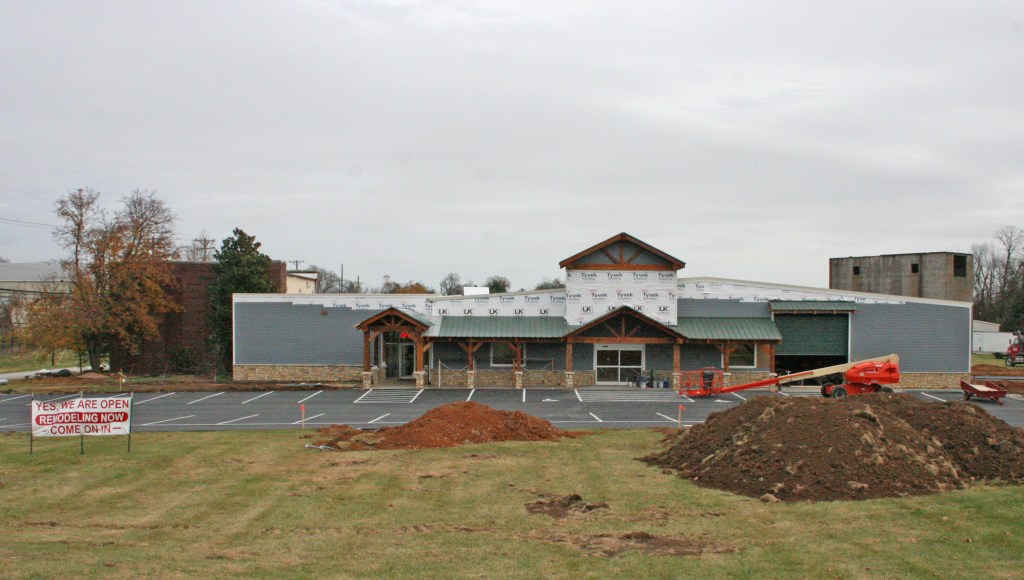 A long-established Danville industry is taking a deeper step into the world of pet nutrition and care through an ongoing expansion project.

“We are dedicated to animals and the people who own and care for animals — particularly the nice folks that live in and around Danville,” said David Williams, owner of Burkmann Feeds. His son, Brent, is the project leader on the expansion project.

Burkmann Feeds launched in 1978; the plant and store opened in 1979. David Williams, who has a Ph.D. in animal nutrition, started the business with and Jerry Germann. There are now two others with doctorates in animal nutrition, as well as a veterinarian on staff. They take pet nutrition seriously, Williams said.

“We have to demonstrate results, or we don’t deserve people’s business,” he said.

The expansion project will allow for the Danville flagship store to carry the company’s full line of bird seed, which is processed in Bowling Green.

“We currently don’t have space for our nice selection of bird seed blends,” Williams said. Following the completion of the expansion, planned for early January, that will change.

It will also feature expanded space for dog and cat food.

“We will have a strong emphasis on dog food products. We know a lot of folks from Danville and the surrounding area are driving to Lexington for dog food,” he said.

Another addition for dog owners will be the washing areas: two stations for small dogs who can be lifted into a sink and washed and one station for large dogs who have to step into a bathing area and are too heavy to lift. There will be blow dryers and towels will be provided. It will cost owners $9.95 to use the space, towel included, Williams said.

The expansion will also add a drive-through feature.

“A mom with a child, for example, can drive inside to the drive-through window, tell us the order and pull up. We will load your product into the vehicle and you can exit the building,” Willams said.