Let the records speak for themselves 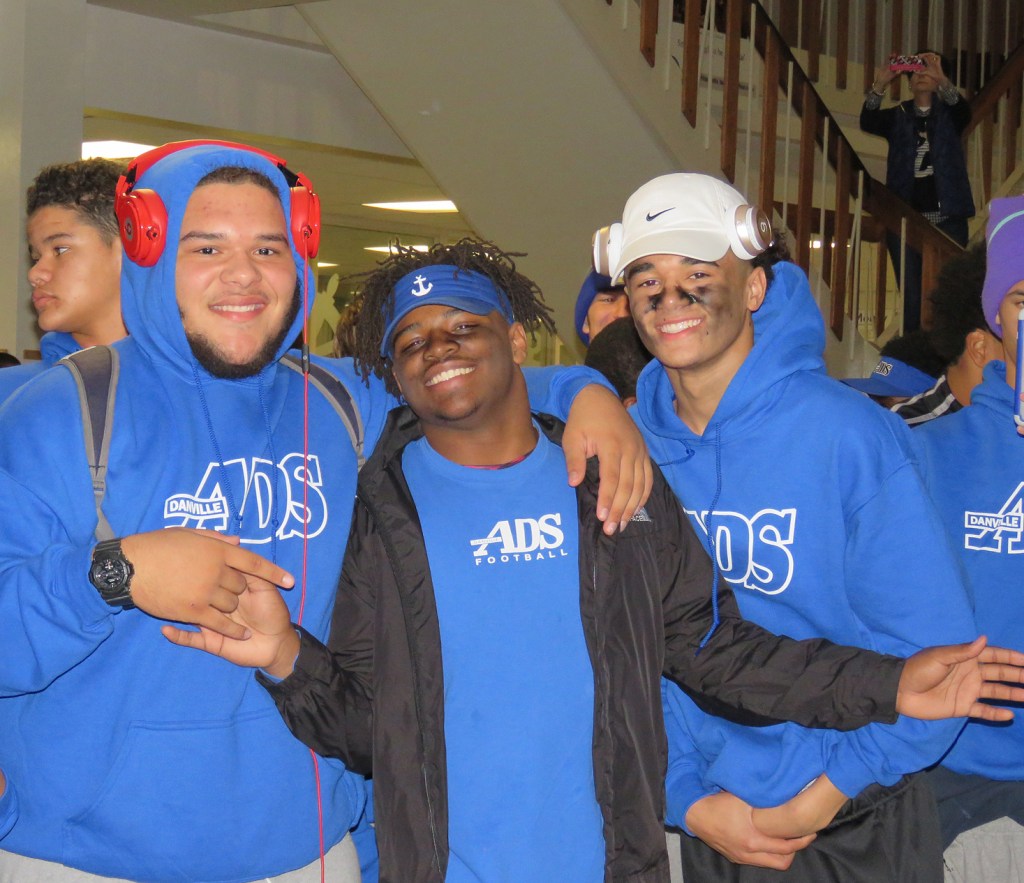 It’s easy to say no one expected them to be there, or point out the fact that any number of teams across the state would have gladly traded places with them to simply be in the state championship football game.

But nothing right now can take away the ache and pain the Danville football team is feeling after coming so close to winning the program’s 11th state title and first in a dozen years Sunday in Bowling Green.

So let’s not do that. Because while we all understand and realize that, yes, it will sink in over time that these last two seasons have been unmitigated successes even without a state championship trophy, it simply stinks right now.

Let’s just look at the facts of the season and we’ll all make our own decisions on whether this season was one to remember or not.

I knew something was up with this Admirals team after watching their win over Southwestern in the Bob Allen Pigskin Classic in Week 1. These Ads certainly didn’t play like a group who had lost 16 seniors from last year and was completely rebuilding its offensive line and most of its defense.

There were a few signals throughout the regular season. The win over Boyle County certainly was one of them, but after a loss to Corbin in the next week, the fear in some circles was whether the Ads had spent too much in beating the Rebels to regain their composure for the rest of the year.

Back-to-back dominating wins over Green County and at Campbellsville, by a combined score of 104-6, quelled some of those fears. A win over rival Somerset and an easy win at Middlesboro put the Ads in great position for the postseason.

A loss to Lexington Christian — in what’s shaping up to be a nice little rivalry between two powerful small schools — derailed a second straight regular season district title, but yet again, the Ads rebounded with two runaway wins, beating Frankfort and Allen Central 98-6.

A win over Leslie County — a trip highlighted by a gift left for the Danville fans in the visitor bleachers — and a revenge win at LCA got the Ads back to the state semifinals for the second straight year, a feat not accomplished in a dozen seasons.

And when Danville held off Covington Holy Cross, the proud program was again off to the state final, a game which for so long had been a given for the Ads. 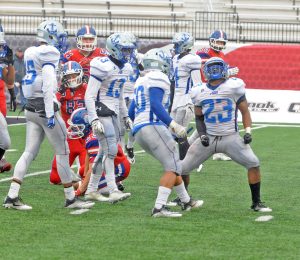 Along the way, the question marks at the beginning of the season — offensive line, running game, defense — had all become hallmarks of the season. The young line helped pave the way for running back Donlevy Harris to rush for nearly 1,300 yards and 19 touchdowns this year, and Harris himself made quite a name by demolishing would be tacklers on offense and obliterating ball carriers from his linebacker spot.

The defense picked up where last year’s left off, allowing fewer than 18 points and 120 rushing yards per game and holding five opponents to single digit points.

The Ads were set at quarterback, where Zach Dampier was back for his final season after his breakout junior year. And what a senior year it was — throwing for almost 3,600 yards with 43 touchdowns and seven interceptions. He solidified his stance as the greatest quarterback to play at Danville, and his name steadily rose up the KHSAA career rankings, placing him among history’s best in the state. He really was a no-brainer pick for The Advocate-Messenger All-Area Offensive Player of the Year, and it wasn’t too surprising he was named the Class 2A Player of the Year as well. 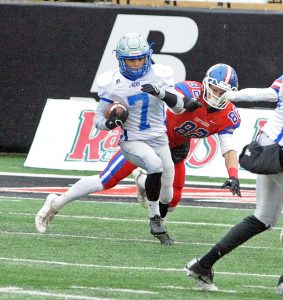 But he didn’t do it alone in the passing game. I challenge anyone to show me a better trio of receivers in the state than Dmauriae VanCleave, Ellison Stanfield and David Walker. It’s no wonder all three finished among Class 2A’s top 20 receiving leaders.

So even before they took the field in Bowling Green on Sunday, this season was the definition of success. Why should one loss redefine a season?

One of the hardest parts of being a sports journalist at a smaller newspaper is approaching coaches and players after a loss — you remain unbiased in your profession, but it’s hard to not develop relationships and fondness for the people and teams you cover because you see them so much, interact with them frequently, even outside of the journalist-coach or journalist-player dynamic.

So it was hard to walk onto the field at Western Kentucky on a rainy December Sunday afternoon and see young men like Dampier and Stanfield and Jeremiah Wheat, kids who had just played their last high school football game, in tears.

Usually the losing coach interview is awkward. What do you ask? How much do you probe? And credit to Clay Clevenger, Sunday wasn’t like that. And out of that interview came one of my favorite quotes from a losing coach I’ve ever recorded. 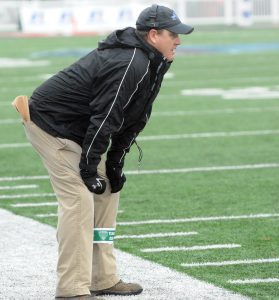 “I know guys that wear rings and they’re not necessarily champions. That doesn’t dictate who you are or what your character is,” Clevenger said. “That’s what I want our guys to understand — football is a byproduct of life, sometimes you win, sometimes you lose, sometimes you get knocked down and sometimes good things happen. It’s how you handle those situations that show what the true character of who you are is.”

Football is great, my favorite sport. I love everything about it.

But it’s moments like these it’s important to remember that it’s just a sport. Monday came, school was still there, chores needed to be done, and family and friends were still around.

Sunday’s loss hurts for the Ads, and it should. But the 2016 Danville football team will still end its season with a 12-3 record, not 0-1. And 12 wins, multiple individual awards and team accomplishments, and a spot in the state final is nothing to regret or be sorry about.