Admirals’ fall against West with football players back in fold 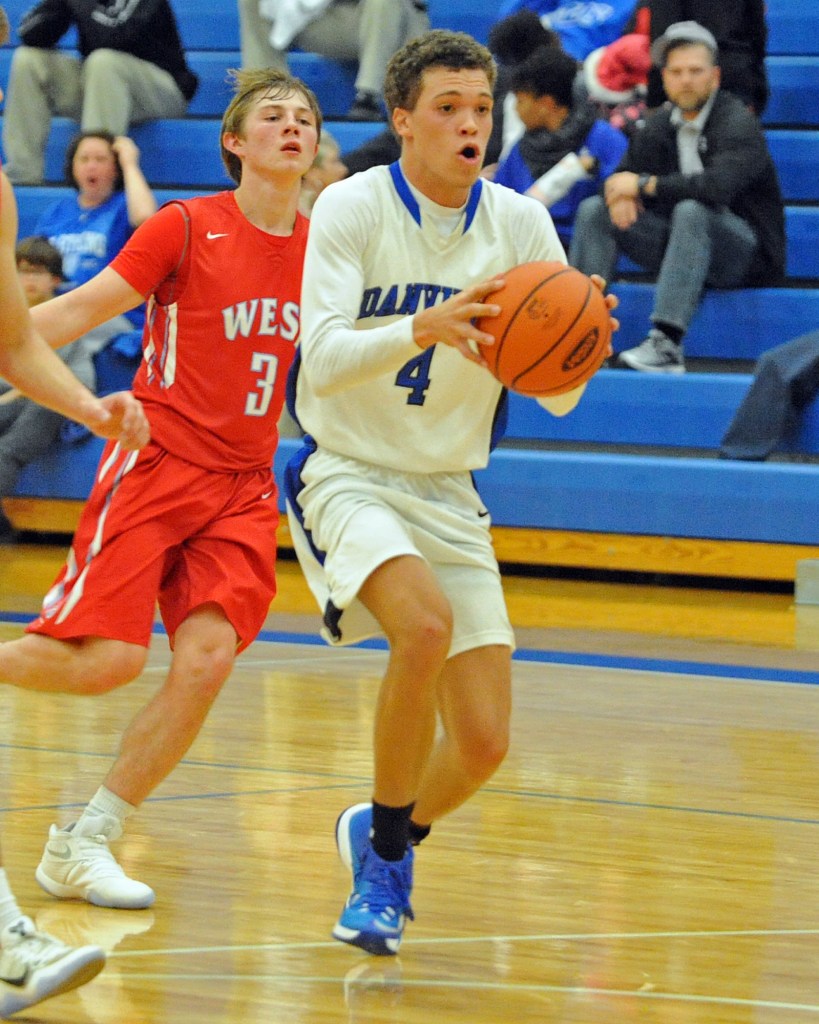 Tuesday was the first game back for Danville’s football players, just two days after playing in the KHSAA 2A state football championship.

That’s how it looked for the Admirals in a 80-60 loss to West Jessamine, but there are plenty of positives to take from the game, coach Ed McKinney said.

“We’ve had literally one practice,” he said. “We were missing free throws, balls going out of our hands, we’re not organized, we have no idea what we’re doing on press offense. We’re just coaching it up on the fly. But I thought we were competitive. I don’t think you can really judge us until January.”

McKinney said he usually gives football players a week off before basketball, but they wanted to get back on the hardwood.

“All of these guys could have been sitting at home resting,” he said. “It’s good that they’re out here.”

West Jessamine opened the game on a 7-0 run, but the Admirals were sparked by Tanner Ford off of the bench en route to a 9-2 run to tie the game at 9-9.

Ford and Jared Southerland each scored seven points in the first quarter, ending with the Ads down just 22-18.

But foul trouble hurt Danville in the second quarter and the Colts took advantage, outscoring the hosts 21-9 in the second frame.

“It looked like our first game, but (West) is a good team,” McKinney said. “That team, I would imagine, will be right in the thick of the regional title hunt.”

West, now 3-0, is in good shape for it being the start of the season, coach Damon Kelley said.

“I’m very pleased with where we’re at,” he said. “We’re playing really hard, I thought our effort was really good again tonight. Thought we were maybe not quite as sharp mentally tonight, and I think that showed. Defensively we were a little lazy in our rotations, we struggled at the free throw line, which is not like us. But I think that’s mental stuff.

“Give Danville a ton of credit, how in the world those kids were on the football field two days ago and came out here tonight. We didn’t have a scouting report, we didn’t know much about their personnel. Give them a lot of credit for us not being sharp. I’m thrilled to come out of here with a win.”

“Kendall is very talented, very gifted athlete,” Kelley said. “The thing about us is we’ve got a handful of kids who can put points up on any given night. It’s not going to be the same kid every night, but he’s one of those that is capable of coming out and having a big night for us. He was able to go to the rim and finish strong tonight, but he knocked down jump shots, too. That’s what makes us hard to guard is the ability to do both.”

“I thought Jared played great,” McKinney said. “DeShaud was really good inside, we started looking at him more in the second half. Tanner played really well. There’s going to be a lot of mistakes, but Jared was great. Didn’t do many crazy things, shot the ball great, but he also passed it, helped us handle pressure. He did a lot of good things.”

St. Martin was a bright spot down low for the Ads, scoring on a well-worked post move in the second half as well as flashing three-point range.

“He’s going to be good. He’s a 15-year-old sophomore, didn’t even play JV last year, he played freshman,” McKinney said. “DeShaud and I, we’ve been hitting the court pretty hard at 6:30 a.m., and you give him something and he’ll catch on quick. Work 45 minutes individual improvement and he gets a lot better. Not a lot of kids do that. He’s got some special talent.”

That post move was one example of St. Martin’s ability to catch on quick, McKinney said.

“You show him one thing and he retains it and executes it,” he said. “I’ve worked with that with some kids for their whole four year career and they never do it in a game. With him, you show it to him once or twice, he gets a rep and he’ll do it in a game. He’s skilled and hard to handle.”

Having that threat on the inside opens up perimeter players like Southerland and Ford, something that makes McKinney excited to see how his team improves this season.

Danville’s next game is Saturday at Spencer County.