David Ernest Gilpin, 24, of Moreland and Gravel Switch, died Monday, Nov. 21, 2016, in Taylor County. Born March 13, 1992, in Lebanon, he was the son of Carlos “Chico” Gilpin and the late Allisia Gilpin. He had attended Westside Community United Methodist Church. 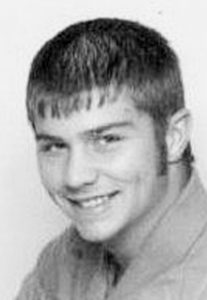 He is survived by his grandparents, Eugene and Barbara Ellis, two sisters, Ashley Bell and Courtney Moore; one brother, C.J. Gilpin; and four nephews, Cameron, Jared, Jeremy and Brayden.

Services will be at 2 p.m. Thursday at W.L. Pruitt Funeral Home in Moreland by Bro. Ernest Fields. Visitation will be from 5-9 p.m. on Wednesday. Burial will be in Hustonville Cemetery.

There is a guestbook available at www.wlpruitt.com.