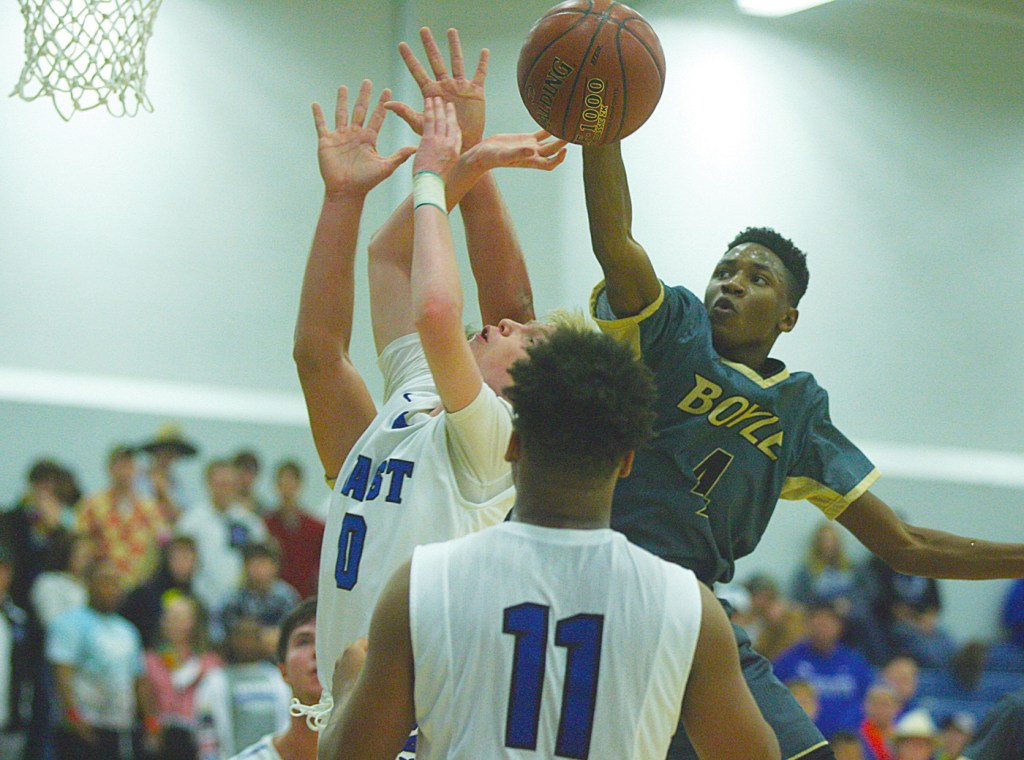 NICHOLASVILLE — Bryce Slone scored 27 points to lead Boyle County to its first win of the boys basketball season with a 70-63 win at East Jessamine on Tuesday. It was the Jaguars third straight loss.

Much like East’s previous three games, the Jags struggled to gain a foothold from the opening tip. Their sluggishness was exasperated by the aggressiveness of the Rebels’ defense. As a result, Boyle jumped out to an early 14-5 lead with 2:24 left in the first quarter.

Of those five points from East, just one bucket came off a set play.

“Our problem is that we’re digging ourselves holes and trying to fight back and using all that energy to get back in it,” East head coach Chris O’Bryan said of beginning games facing early deficits. “We just can’t afford to do that.”

Regardless of East’s inability to generate any early offense from its half-court set, the Jags clawed their way back, cutting into Boyle’s lead midway through the second quarter. But even after Cook hit a 3-pointer to cap an 8-0 run, the Rebels countered with back-to-back 3s to increase their lead to 26-15.

East would recover and rally just prior to halftime, but Boyle still went into the locker room nursing a 30-23 lead.

East’s Logan Gayheart then knotted the score at 36 with 4:01 left in the third, but Boyle rattled off 13-unanswered points that began with an Alexander three followed by a Reese Smith layup and foul. In a matter of minutes, East went from tying the game to facing a 51-38 deficit.

“It was huge,” Boyle coach Steve Adams said of the his team’s run. “It gave us some separation for when we went brain dead.”

Boyle would fend off East throughout the fourth quarter. The Jags were able to cut the lead down to seven to end the game, but the Rebels enjoyed a 10-point cushion throughout the majority of the final quarter.

“We’ve got to take the positives from this,” Adams said. “We did win, and we did do some nice things. We’ll look at the things we did poorly and just go to work on them in practice.”