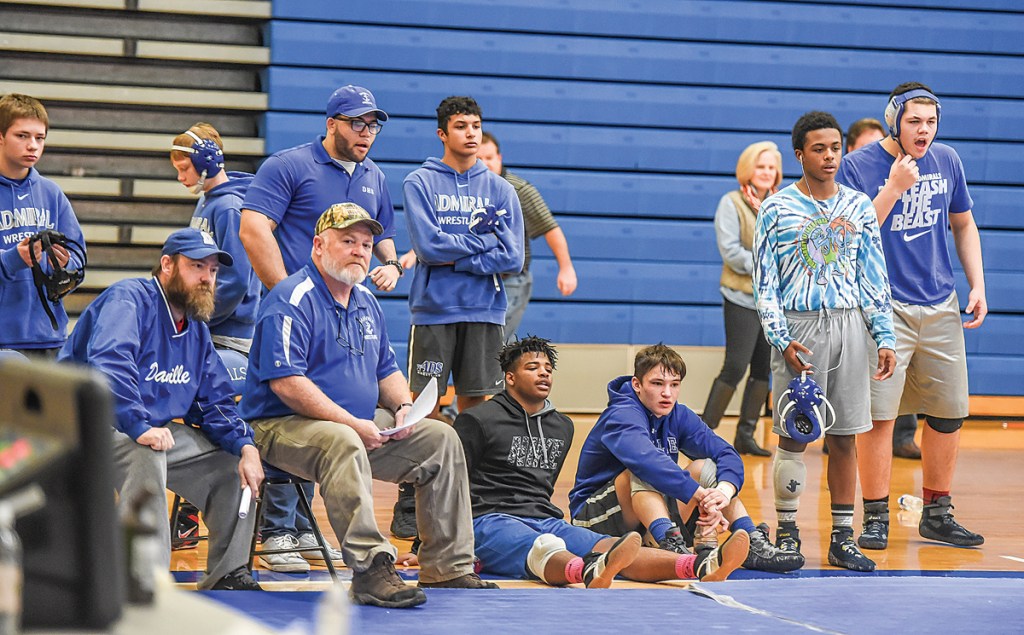 Josh Robbins of Boyle County and Danville’s Hamilton Young dominated most of the wrestling headlines locally over the last few years, but now both have moved on to wrestle in college, leaving a void for new names to fill this season.

Welch was the only local wrestler who returns for this season to make the second day of the KHSAA state tournament last year. And his fifth-place ranking among heavyweights in the state backs up his experience and talent level, according to Danville coach Joey Sallee.

Welch will try to improve upon his showing at the state tournament in a banner year for the Admirals, this being their 50th year with a wrestling team. While Sallee admits some of the years have been lean — he remembers the roster being down to three or four wrestlers in the 1990s — there’s been a group of athletes competing for the school for the last half century straight.

“We’re a football school in a basketball state,” Sallee said.

Even with the historical connection between the sports of football and wrestling, Sallee said it’s still hard to compete with the basketball team for athletes.

Coach Sallee is counting on the addition of some football players after their run to the Class 2A state championship game, including Donlevy Harris, but the backbone of the Danville wrestling team is made of guys who only concentrate on that one sport. While Young was a football player last year — he’s competing in both sports at Thomas More College — Gay, Welch and Morgan Sallee do not play football.

So Coach Sallee tries to sell his program to some football players by emphasizing the benefits of footwork and conditioning, and he’ll also try to get other students involved. But he also admits it takes a different sort of athlete to stick with wrestling.

“They could go 0-15 this season, and they’ll walk the hall with kids teasing them about that,” Sallee said. “But in three years, they could be 15-0.

“While we do come together as a team, it’s an individual sport. You’re out there on the mat by yourself, so if something goes wrong, you have no one else to look to. One of the best feelings is being on top of your opponent and getting both shoulders down on the mat, but one of the worst feelings is when both of your shoulders are pinned. You have to be able to recover.”

Welch started his season on the right foot with a 5-0 record at last weekend’s Luke Troxell Memorial Duals at Wayne County. He won three matches by first-round pin, another by decision and the fifth by default.

Coach Sallee knows this season will start with some bumps in the first month as newcomers and football players all try to get into wrestling shape. This weekend, they’ll go across town to Boyle County for the Big Brother Duals. They’ll follow that with a quad at Nelson County and the 5-Star Classic at Lafayette before closing out the month at the Tates Creek Invitational.

But it isn’t so much about how they Ads start the season as how they finish.

“I told them the beginning of the season will be tough, but I’d rather see them wrestling well and winning in late January and February,” Sallee said. “Hopefully guys like Jonah and Kelby can make the state tournament, and once they get there we’ll see what happens.”