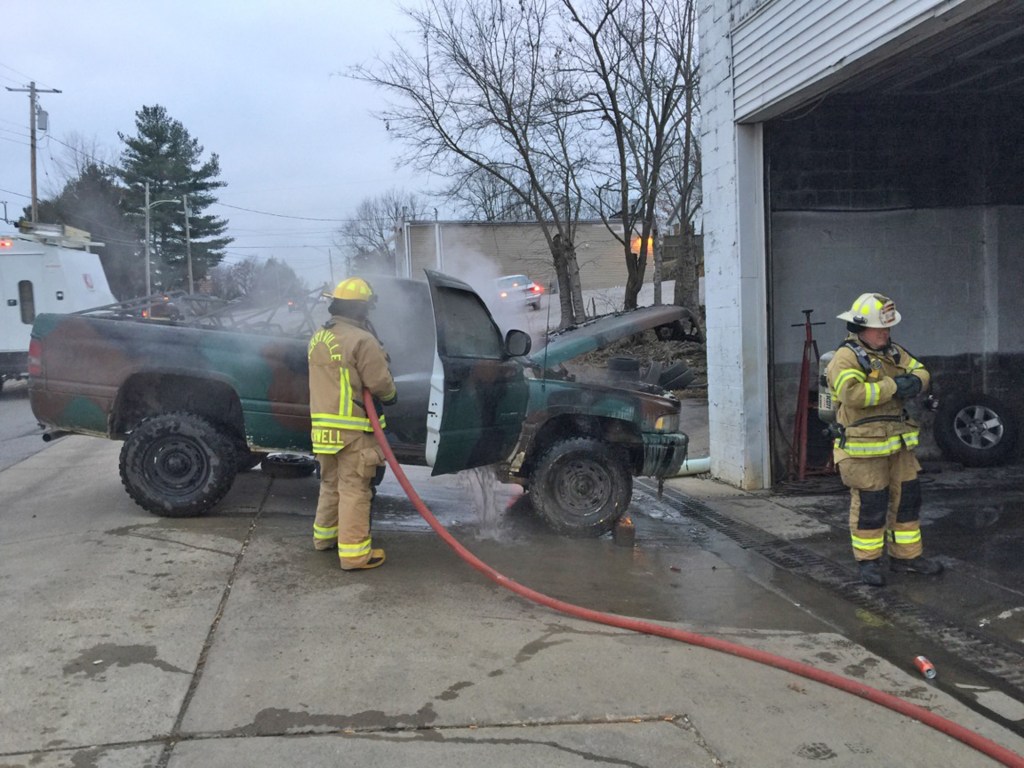 Photo courtesy of the Perryville Fire Department Perryville and Boyle County firefighters responded to a vehicle fire this morning inside Whitehouse Auto Parts in Perryville.

A fire broke out inside an auto repair shop on West Second Street in Perryville about 7:25 a.m. Friday, but was extinguished by firefighters before the structure was damaged.

Perryville firefighters were dispatched to Whitehouse Auto Parts when a vehicle caught fire while inside the repair shop. The owner used a fire extinguisher before firefighters arrived and before being forced outside due to heavy smoke. Firefighters were able to knock the fire down, said Chief Anthony Young, then moved truck outside to finish checking to ensure it was out.

“It could have been much worse,” Young said.

The fire was contained to the vehicle. The shop owner had some breathing difficulties but refused treatment.