Ads turn up the pressure in win over Madison Southern 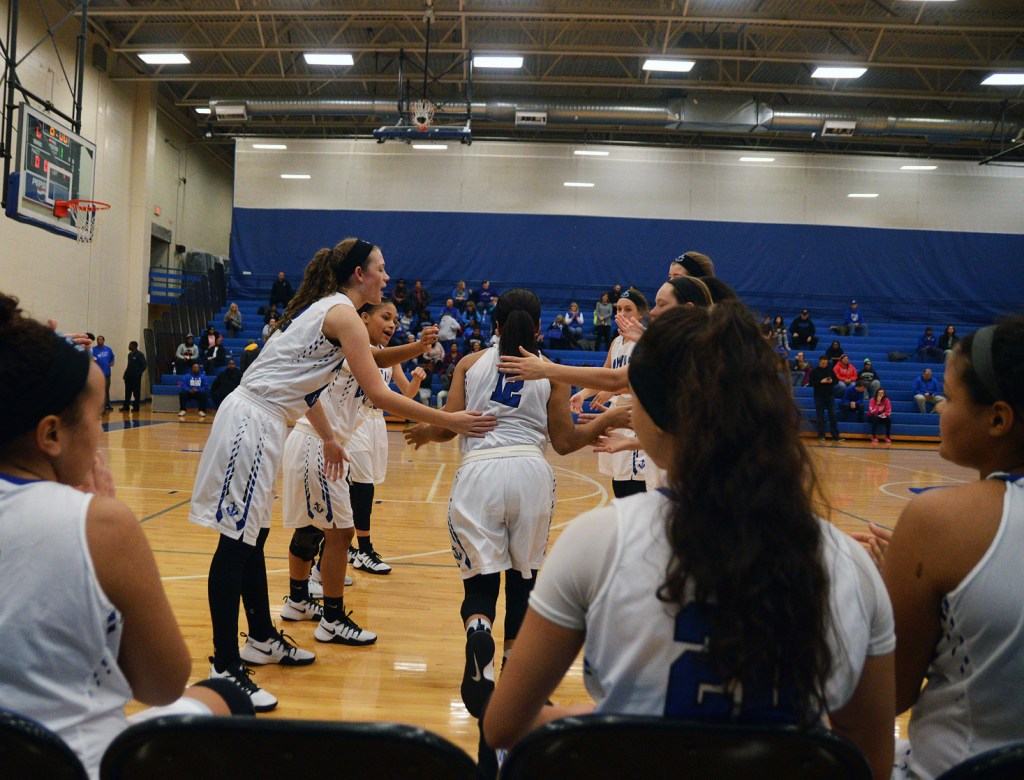 With its trio of guards leading the way, the Danville girls basketball team came at Madison Southern in waves during Friday’s matchup, and it didn’t take long until the Eagles broke.

The Admirals used their quick offense and harassing defense to build a big lead and hold off Southern for a 77-63 win. The Ads improved to 2-2 on the season with their second straight win.

The 77 points is the most of Danville since putting 79 on Somerset in January 2015, and it’s the most the Ads have scored at home since scoring 80 points against Montgomery County in December 2014. 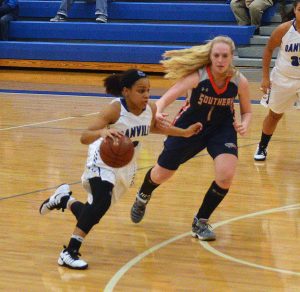 “Coach (Michael Menifee) always tells us to execute, so that’s what we try to do, go out and get easy buckets in transition,” Turner said. “… We’ve had a rough start. We’re trying to get back on a winning streak.”

Menifee pointed also to forward Kennedy Walker for her ability to get out and run the floor. She scored 11 of her 13 points in the first half.

After Friday’s game, Turner increased her scoring average to 20.8 per game while Alyvia Walker upped her average to 14.8. The Ads are putting up a shade under 56 points per game.

“We’ve got (four) games under our belt, we’re rounding into shape,” Menifee said. “They’re doing a better job of getting good clean looks and getting back up tempo. Early on, we really weren’t getting up tempo, and that’s not really our style. We’ve got to push it and get quick offense.”

As an undersized squad, Menifee said the Ads need to utilize their speed to win games, and they ran that script to near perfection during the first three quarters Friday, holding a 69-43 lead entering the fourth.

It’s not just on offense, in both transition and halfcourt sets, where Danville’s speed showed through — their defense had the Eagles (1-3) playing off their heels.

“We chart deflections in games, our goal is to get eight deflections in a quarter,” Menifee said. “We know when we’re doing that, we’re disrupting people’s passing and we’re going to get some early offense off it as well.” 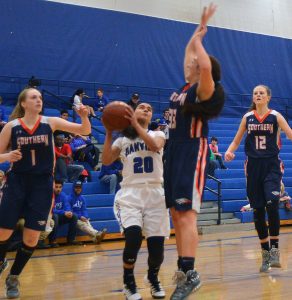 After Southern’s Marley Lawson tied the game at 8-8 midway through the first quarter, the Ads ran out to a 20-12 lead late in the quarter and a 23-17 advantage at the end of the frame. Alyvia Walker had 11 points in the quarter.

“We wanted to get out there, pressure that and get in the passing lanes,” Menifee said. “They have some younger guards, so we figured if we could get some deflections and get them out of a rhythm it would get us some steals and early offense.”

While Danville couldn’t quite keep up the offensive pace in the second half — the Ads hung 24 points in the second after having 53 by halftime — their defense kept Southern from mounting much of a challenge until the fourth quarter.

Desirae Linville hit three of the Eagles’ four 3-pointers in the quarter, helping close a 26-point lead to 75-59 with under three minutes to play. But the Ads took the air out of the ball as the Eagles scored four points over the final 2 minutes, 9 seconds of the game.

“As a coach when the lead’s going away, you’re like, ‘Oh Lord, not this,’” Menifee said. “But I have some veteran girls, they understand how to grind.”

“We can’t have that lapse in focus,” Menifee said. “We didn’t execute. We said, ‘We’re home, we’ve got a win,’ and you can’t do that. Some of the upper echelon teams we play won’t give us that reprieve if we’re up 20 on them, they’re going to knock that score down real quick.”

The Ads will get to face one of those upper echelon teams in their next one when they host Mercer County.