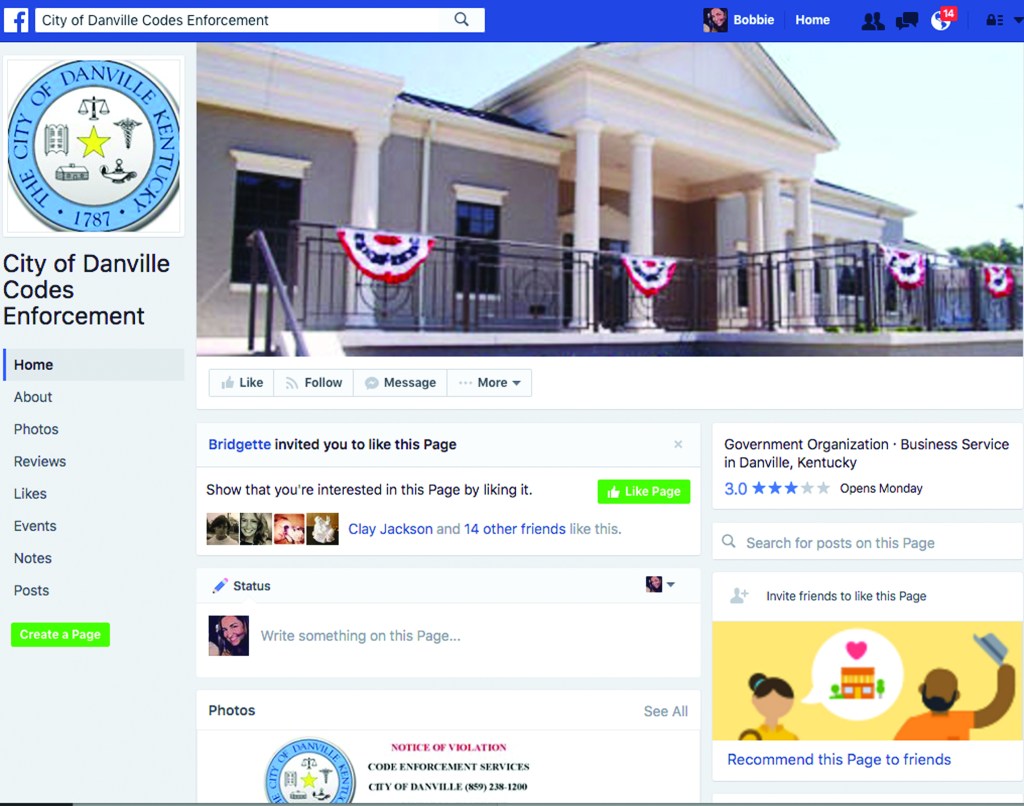 Danville Codes Enforcement began posting property violations to its Facebook page Thursday. Code Enforcement has been a hot topic over the last few months during city meetings, with new laws going into effect garnering how code enforcement is handled.

The postings also include a list of condemned properties.

“I just started posting violations on our Codes Facebook Page [Thursday] for violations in December, some violations we’re taking to court, and some reports such as the one we presented to the City Commission on Nov. 28, with pictures,” Director of Danville Codes Enforcement Bridgette Lester said.

An issue brought up in previous city commission meetings is that the public is not aware of what properties have been either noted for violations or have been condemned.

At a special called meeting in November to discuss enforcement, city commissioners had several concerns such as making sure the city’s list of condemned properties was up-to-date and posted; what to do about repeat offenders who aren’t keeping up their property; and making sure everyone is educated and understands the codes.

“I thought it would be another way to let the public know what we do, with pictures, keep them up to date as we go forward and hope it helps us with enforcement, as well,” Lester said.

Since codes enforcement just recently started posting violations on their Facebook page, Lester said she has not seen any results of this yet.

The Danville Codes Enforcement will continue to be a part of the regular city commission meetings every month, with updates and a list of condemned properties.

An ordinance enacting changes to Danville’s existing code enforcement laws could be considered in December and be passed by the commission as soon as January.