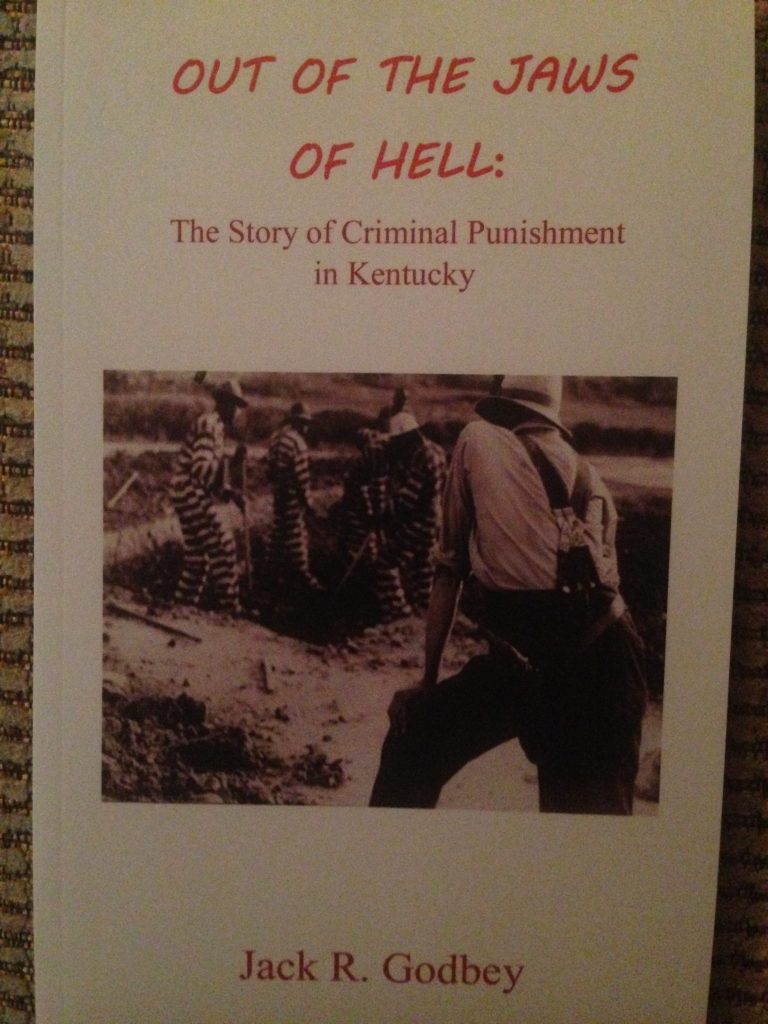 A Danville man has penned a new book analyzing the way Kentucky has punished criminals over the years. “Out of the Jaws of Hell: The Story of Criminal Punishment in Kentucky” was self-published by Jack Godbey, and his first book.

“It begins the days right before statehood,” Godbey says. More than likely it will appeal to history buffs as well as those interested in the criminal justice system. “Crime along the Cumberland Trail is discussed as the settlers rushed across the Cumberland Gap to settle into Kentucky. Many pitfalls laid in wait for the settlers there, and criminals would attack the wagons, etc.”

Writing has been a hobby for Godbey all of his life, he says. “It’s something I do in my spare time and brings me great joy.”

Godbey says the book moves on to cover early crime inside the forts, which was often an issue.

“In every society, there are those who always operate outside the norms that society has set and chose a criminal way of life. This was no different inside the forts. Fort Logan, Fort Harrod as well as Fort Boonesboro all had crime inside them that had to be dealt with.”

Godbey, who has a degree in criminal justice and a minor in police studies, also gets into Native American tribal ways of punishing criminals.

“The early 1800s was a time when the death penalty was widely favored and most every crime resulted in death. As the nation changed, so did Kentucky. The state was looking for another method to punish criminals, and hangings when from a very social atmosphere — almost a party of sorts — to being thought of as cruel and barbaric,” Godbey says.

The book goes into the day-to-day life inside a Frankfort prison and the conditions early inmates assigned there had to endure, as well as covers the building of more advanced prisons in the state.

“I felt the story of criminal punishment was an interesting one because it tells so much more than the actual history of what happened. It also tells the story of triumph and how society has changed from what once was considered acceptable would be considered horrendous today. What was acceptable then would in fact be unlawful today,” Godbey says. “So I think the story of how Kentucky has punished it’s criminals tells a lot about the history of the state’s people and how we have progressed as a society and take into consideration basic human rights. The  book is available in the Boyle, Lincoln, Garrard and soon to be Mercer county public libraries.”

Godbey is working on his second book, about the death penalty in Kentucky, due out in 2017.