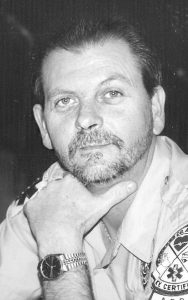 Dale was predeceased by his parents, his son Jason Bodner, and his stepson Justin Stallard.

Funeral service will be 2 p.m. Tuesday at Stith Funeral Home, Junction City. Visitation will be 1-2 p.m. before the service. Burial will be in Junction City Cemetery. www.stithfuneralhome.net.