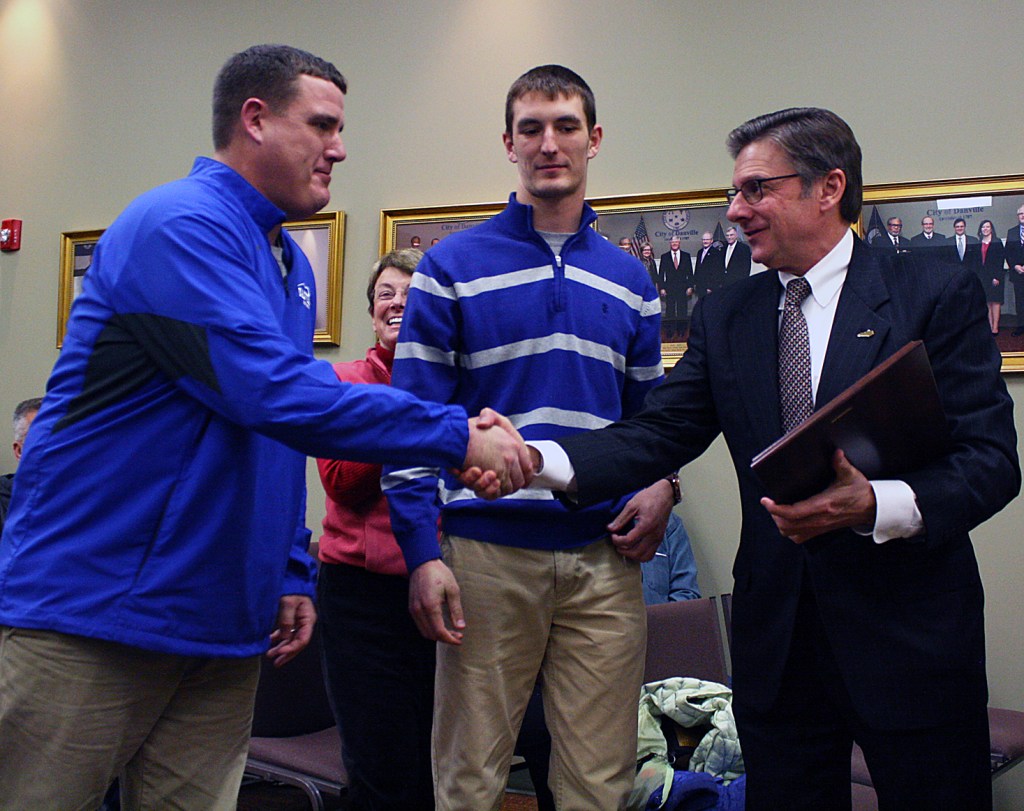 Danville City Commission presented Danville football coach Clay Clevenger and quarterback Zach Dampier with a proclamation that recognized the Admirals as the KHSAA Class 2A state runner-ups from the championship game earlier this month.

Dampier was named Kentucky High School Football Coaches Association 2A player of the year at the state game.

Clevenger said Dampier competed in the Kentucky High School Football Coach Association Battle of the Bluegrass All-Star game on Sunday in Louisville. He was the starting quarterback for the Kentucky squad.

“He had an awesome season and awesome career,” Clevenger said.

Referring to the Admirals football team as a whole, Clevenger said they all enjoyed the year they had.

“It was a fun ride,” he said. “It’s a little bittersweet when you don’t win the last one, but we’re excited and proud to be able to represent this community in football.”

He notices how important football is in the city of Danville and was happy to be a part of the state game.

“We were glad to be able to present Danville in that capacity,” Clevenger said.