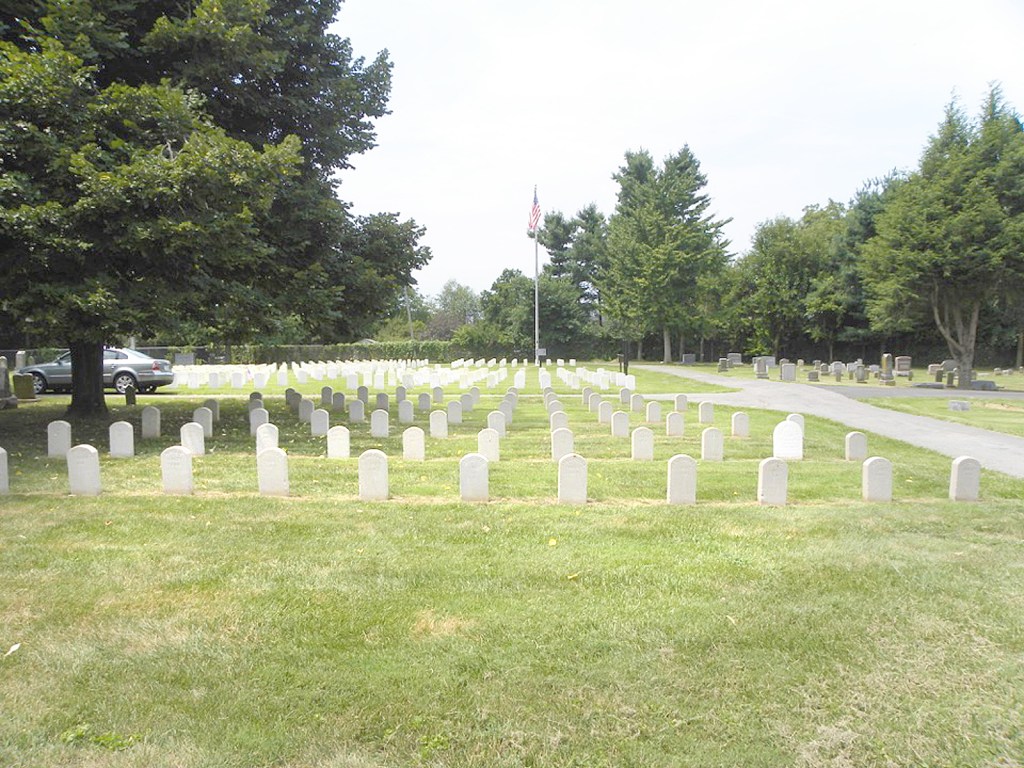 White tombstones in Bellevue Cemetery mark graves of soldiers who died near Danville during the Civil War.

Sixty-eight graves for Confederate soldiers buried in a small National Cemetery within Bellevue Cemetery were marked with funds secured by ex-Union soldiers in Danville. 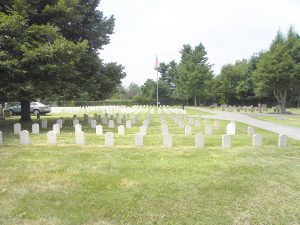 White tombstones in Bellevue Cemetery mark graves of soldiers who died near Danville during the Civil War.

An article appeared in an 1897 edition of the Confederate Veteran Magazine about the men who fought for the South during the Civil War and either lost their lives during the battle of Perryville or from illness.

The magazine published with “the hope that their friends may be enabled to know their whereabouts and that they’re properly cared for.”

With the exception of two graves, all of the graves had headstones, made of freestone from Bedford, Indiana. They are uniform shape and size with name, regiment and state carved on them. Friends marked the two unmarked graves with marble headstones.

“Several years ago two or three ex-Union soldiers moved by a kindly spirit, took upon themselves the task of raising funds to furnish the graves with neat head-marks,” according to the article.

Capt. Boyle O. Rodes was the chief mover in marking the graves. Cost of the stones was about $400.

Prior to the new stones, the graves were marked with wooden crosses with names painted on them. The previous work was done by Confederate women of Danville and vicinity, and the women and ex-Confederate soldiers here contributed to the present markers.

About 400 Union soldiers also are buried with white marble headstones across the road from where the Confederates are buried. 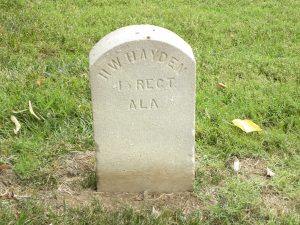 A white tombstone for H.W. Hayden, who served with the 45th Regiment of Alabama, is among graves in Bellevue Cemetery. He died October 9, 1862.

During a visit to the cemetery by representatives of the Confederate magazine on October 9, 1897, they were greeted by a group of locals including Robert J. Breckinridge, an ex-Confederate, his wife and son, Morrison Breckinridge; Dr. M.D. Logan; Captains Boyle O. Rodes, R. Leslie Martry, and S.D. Van Pelt, all ex-Federals, and friends of the Confederates; and Van Pelt’s daughter, Nina Craigmiles Van Pelt.

A list of those buried in the Confederate section of the cemetery, listed by state, and day of death in 1862, with additions and corrections from military records in brackets, are:

P. Wilson, 42nd Infantry, died October 16, at the Danville hospital. He was captured October 8 during the Perryville battle.

captured October 8, 1862, in Perryville. He died October 23, in the Danville hospital.

M.P. Asting (No one by this name served in Confederacy, however, an “M. Parting” was in a miscellaneous file. He was captured October 8, at Chaplin Hills, and died October 31, 1863, in the Danville hospital.)

G. Thompson not listed in Georgia 42th Infantry. (George Thomison, 12th Georgia, listed as dying October 5, and a George S. Thomason, died of disease in Danville. Date not given.

J.B. (James P.) Hindman, 42nd Infantry, Co I, captured October 8 in Perryville and died from an illness October 26 in the Danville hospital.

Jackson Warren, 54th Infantry, is buried in the cemetery, but no other information is available. However, Warren Jackson, 57th Infantry, Co G, “was left in Danville on October 9, the day after the battle.

Lieutenant Tomlinson, 24th infantry. (No record found of his service.)

(Editor’s note: Additional research on states and regiments also was provided by Andy Bryant, of Alabama, formerly of Danville.)