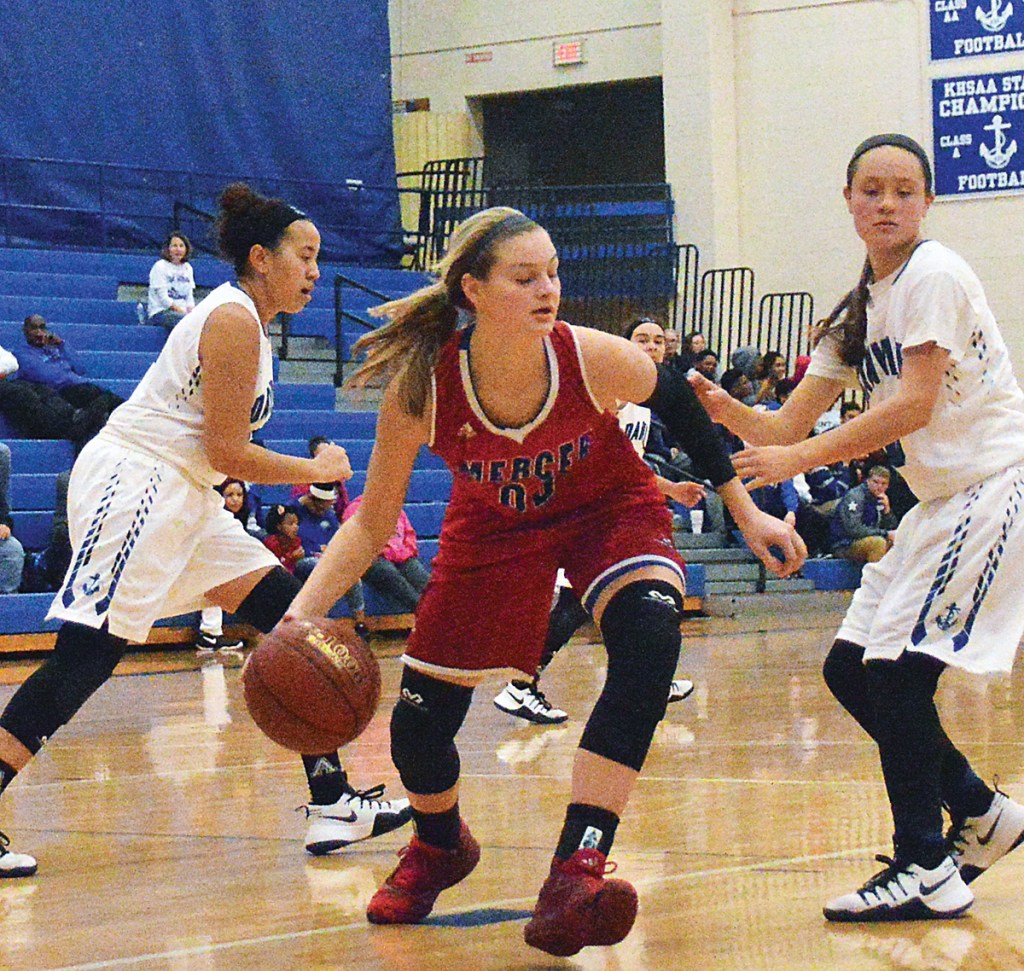 Jeremy Schneider/jeremy.schneider@amnews.com Mercer County's Emma Davis had 11 rebounds and no points Monday against Danville. Titans coach Chris Souder said Davis has been a great team player, and despite being a Division I college recruit, she has not made an issue of coming off the bench.

If a team wants to contend for or win a state title, it takes more than simply talent alone.

Or in the case of Mercer County junior Emma Davis, sometimes that means shunning the spotlight all together.

In Monday’s 90-54 win at Danville, Davis didn’t score a point while coming off the bench. Not a typical line for a player being recruited by Division I colleges.

“Here is a kid who’s got Division I offers and she doesn’t even start for our team. She never complains, she’s always ready to do what we ask her to do,” Titans coach Chris Souder said.

But not scoring didn’t matter to Davis; she had set a goal of reaching double digit rebounds. When she told Souder that at halftime, he told her she was halfway there. Davis finished with 11 rebounds, reaching her goal.

It’s those types of performances which will separate Mercer from some of the other contenders for the state title. While the Titans might not reach their 30-win mark like last year — they have some extremely difficult tournaments over the next two months — their ultimate goal is to improve upon last year’s state semifinalist finish.

“We talked about it, we need little things like that,” Souder said. “She’s not concerned about scoring. She can score, but her goal tonight was she wanted double-digit rebounds.”

While Davis is seventh on the team in scoring, she leads with seven rebounds per game. Heading into this season, she’s averaged 5.4 points and 2.8 rebounds in four seasons since coming onto the varsity team as a seventh grader.

Souder plans on using Davis as an example for the rest of his team.

“I challenged some of the other kids — set goals, whether it be points, rebounds, assists, whatever you’ve got to do, get it in your head,” he said.