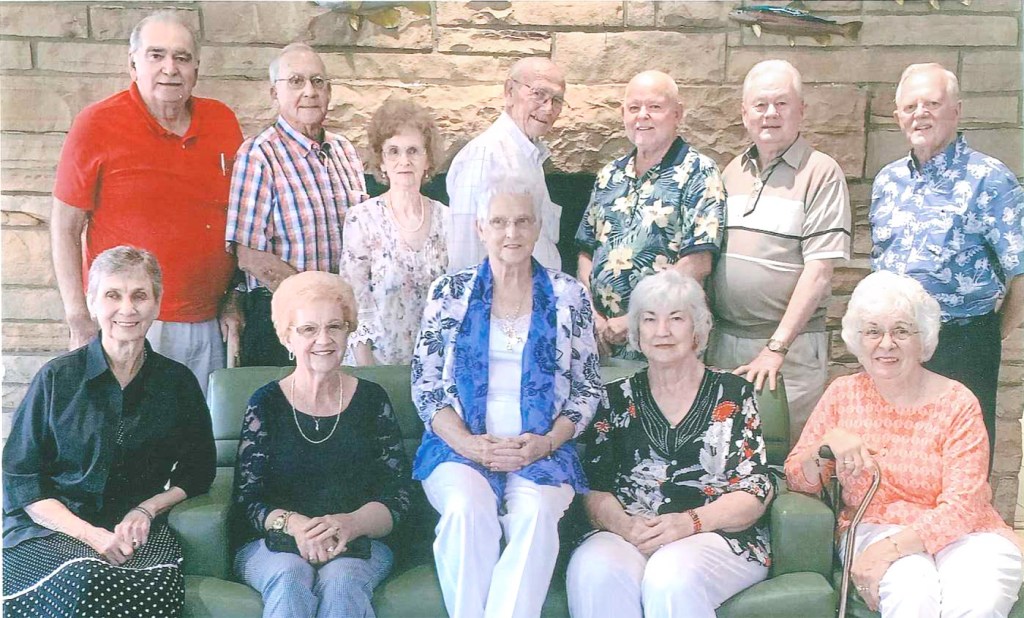 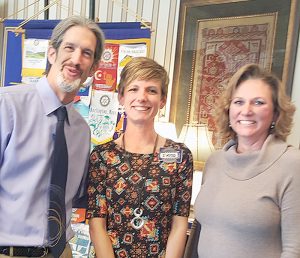 On November 1, 2016, Dr. Keith Look (superintendent), Robin Kelly (principal of Jennie Rogers Elementary School) and Sheri Satterly (principal of Bate Middle School) presented Rotary members an informative and entertaining overview of the Danville Independent School District’s leadership efforts to continually improve the system’s contributions to the education and personal development of the district’s 1,850 students. Every day students are engaged in transformative experiences. That is why Danville Independent School District is recognized as a Kentucky District of Innovation. That recognition is based on performance-based assessment, project-based learning, personalized learning, and ACT performance. One tool in the development of outstanding performance is the Student Technology Leadership Program (STLP) which is a project-based learning program that empowers students in all grade levels to use technology to learn and achieve.

It was Colonial Day at Paint Lick Elementary School on Nov. 22 with special guest Native American Mohawk Susan Mullins Kwaronhia. She shared traditional songs, stories, crafts, music and dances of her people, passed down from generation before her with all PLE students. 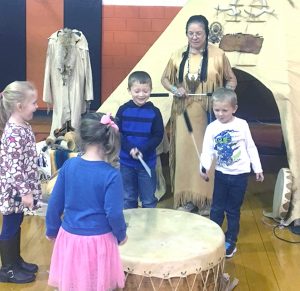 This beautiful historical quilt was donated to the Thomson-Hood Veterans Center. Here is its story. 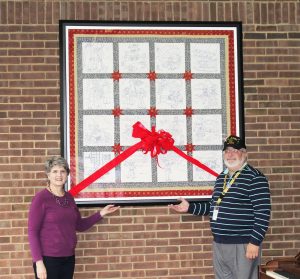 Some quilts tell a story, and some quilts are a story. This blue work embroidered military quilt has both. The printed penny squares depicting WW2 were bought by Josephine Phillipson of Spokane, Washington to make into a quilt that would honor her three sons who were serving in different branches of the armed services in different parts of the world. Her eldest son, Johnny, served in France, the next son, Orville, was in the Pacific, and her youngest son, Wally, was in Africa. As history would record, she, like so many women, were doing their part for the war effort; Housing was tight, causing her daughter-in-law with her two babies to move in with Josephine, giving her little time to spare to work on this project.  Then, in 1980’s Josephine gave the blocks to her granddaughter to finish as she also was a quilter.

Unfortunately, this project was laid aside again until 2014 when Elaine (Phillipson) Mahaffey found them. She was not an embroiderer, but she showed them to her Piecable Friends Quilt Guild members, (of Danville) who were. Some members took to finishing the blocks. A guild member, Maxine Koss used the Hunter’s star in the sashing to set the quilt and finished the binding.  When a discussion occurred on where this quilt should be hung everyone was in agreement that it belonged where veterans could enjoy it. Hence Thomson-Hood Veterans’ Home in Wilmore.

These blocks record military history, as well as social trends for women at home. Quilting was a handcraft for them to honor those who served. Buying the blocks was a way of supporting the war effort. Some of the blocks have soldiers in both WW1 and WW2 uniforms. Just as young men wanted to join the military after 911 and uniforms were not available; this had also happened after Pearl Harbor with enlisting men.

The remaining mystery of these penny squares is that no information could be found about the company who printed these; what did they cost; were they a fundraiser by a group. Military… Harmony Star was printed on the selvage but googling or visits with quilt museums curators has not solved this mystery.

This blue work quilt has been beautifully hung, and much appreciation is extended from those who will view and enjoy all it will represent, quilting and military history, together. 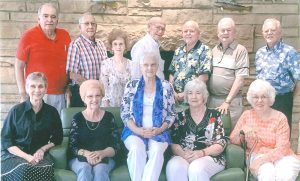