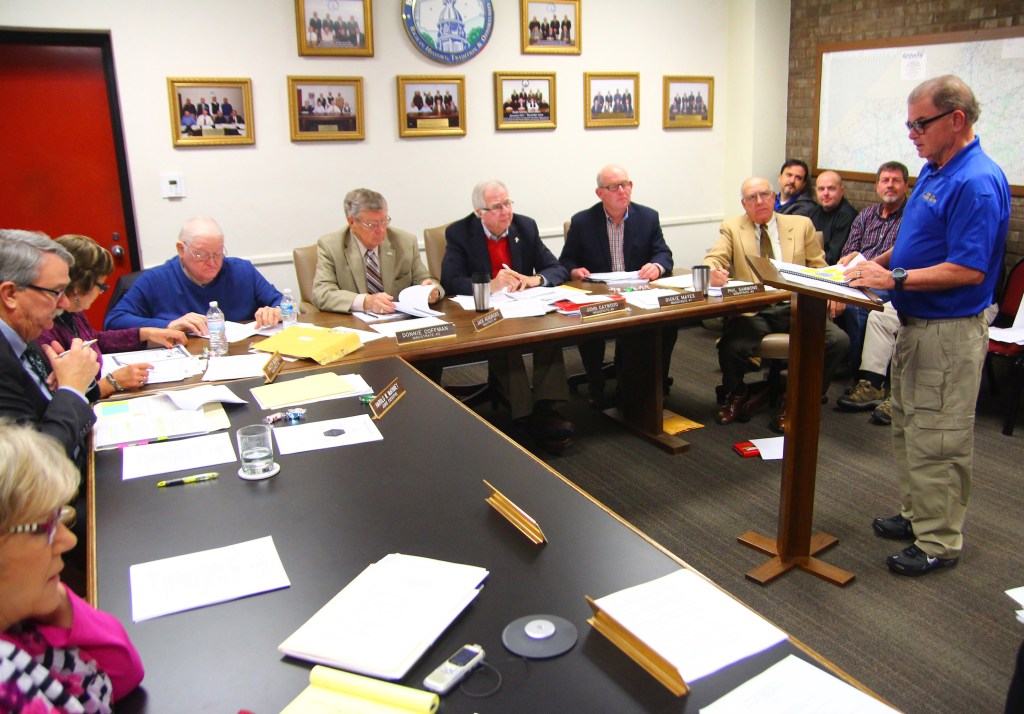 Boyle and Mercer fiscal courts have selected an organization to provide a drug treatment program for former inmates.

Shepherd’s House was selected by both courts this week to provide an intensive outpatient program aimed at reducing recidivism and overcrowding in the Boyle County Detention Center.

If the program sees the same success as similar programs around the state, recidivism — the rate of former inmates re-offending and re-entering the jail — could drop by as much as 25 percent, Harmon said.

Shepherd’s House will charge $11,000 per month — $132,000 per year — to run the treatment and rehabilitation program, according to the Lexington-based organization’s proposal.

Officials have been working for years to start an outpatient drug program for former inmates. The idea is to keep fewer people in the jail by providing them rehabilitation services while on parole instead. Such rehabilitation services could also result in fewer of those former inmate reoffending and help them find steady employment, officials have said.

Harmon said in addition to drug-testing participants, Shepherd’s House will offer classes in parenting and anger management, as well as a mentoring program, “which is very important in treatment.” 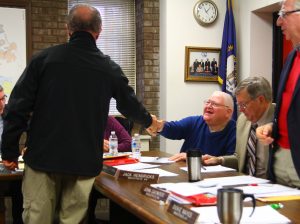 Anonymous addiction support groups will be run out the headquarters for the program, the old Red Cross building on Third Street in Danville. And Circle of Hope will run a service helping participants find employment, Harmon added.

“People will come in and they’ll be able to put their applications in online,” Harmon said. “Circle of Hope is already working to contract with local businesses and corporations to hire so many people out of the program. And they will educate them on how to interview — and not just on how to get a job but how to keep a job.”

Thomas said the program will cost less per participant the more participants there are. By the time there are 60 people enrolled in the program, the cost will be $11 per day per person, he said.

Thomas said there are other financial benefits as well — when people are rehabilitated and find employment, they can begin covering their own healthcare costs, paying off their court costs, paying their child support and paying taxes.

Thomas said Shepherd’s House has run day reporting programs before, but never anything as comprehensive as what Boyle and Mercer are implementing.

“I’ve never partnered with a job service, a psychiatrist, a GED teacher — that’s never happened before. … So this becomes the hub of recovery in two communities, meaning we are your answer. Everybody’s wanting a solution; we’re it.”

Thomas said a big piece of the puzzle for Mercer County was securing transportation from Harrodsburg to the program’s home in downtown Danville. As of Tuesday morning, they were very close to securing commitments for a van and drivers to transport participants at no additional cost.

Magistrate Jack Hendricks said he is impressed at the number of agencies and organizations that will be working with Shepherd’s House.

“I think it’s right along the line that we all have envisioned for the last year and a half,” he said. “I think we will see a great improvement in the recidivism.”

Magistrate John Caywood said he wants to make sure family members can be involved in supporting participants as they go through the program. He would also like to receive regular updates from Shepherd’s House on how the program is functioning — something Thomas promised would be provided.

“This is a real big step forward,” Caywood said. “At every meeting I go to on this, everybody is kind of scratching their head, ‘what do we do?’ This is a great step in answering that.”

Boyle magistrates unanimously approved a motion to enter into a contract with Shepherd’s House to run the program.

Other items of note concerning the drug program include:

• Harmon said Campbellsville University has agreed to provide $1,500 scholarships for its Harrodsburg satellite campus to anyone who completes the treatment program. Magistrate Phil Sammons said he would be interested in Boyle County supplementing those scholarships. Judge-Executive Harold McKinney said he appreciated the thought but it should be held off on for now until officials see how much the program really costs.

• Magistrates unanimously approved a motion to give notice to a group of HAM radio operators who use the old Red Cross building currently that they will have to move.

McKinney said he had hoped the informal group could continue using the building along with the various groups involved with the drug treatment program, but “when I sat down to talk with their representatives, there were several issues. It’s just not going to work.”

McKinney said he’s working on finding a new location for the HAM operators to use. Magistrates agreed they want to maintain a good relationship with the radio operators.

According to the organization’s website, Shepherd’s House is a “private, non-profit organization licensed as an intermediate care facility” by Kentucky. It runs a “cost-effective” halfway house in Lexington that offers “a supportive living program to alcoholics and other substance dependent men.”