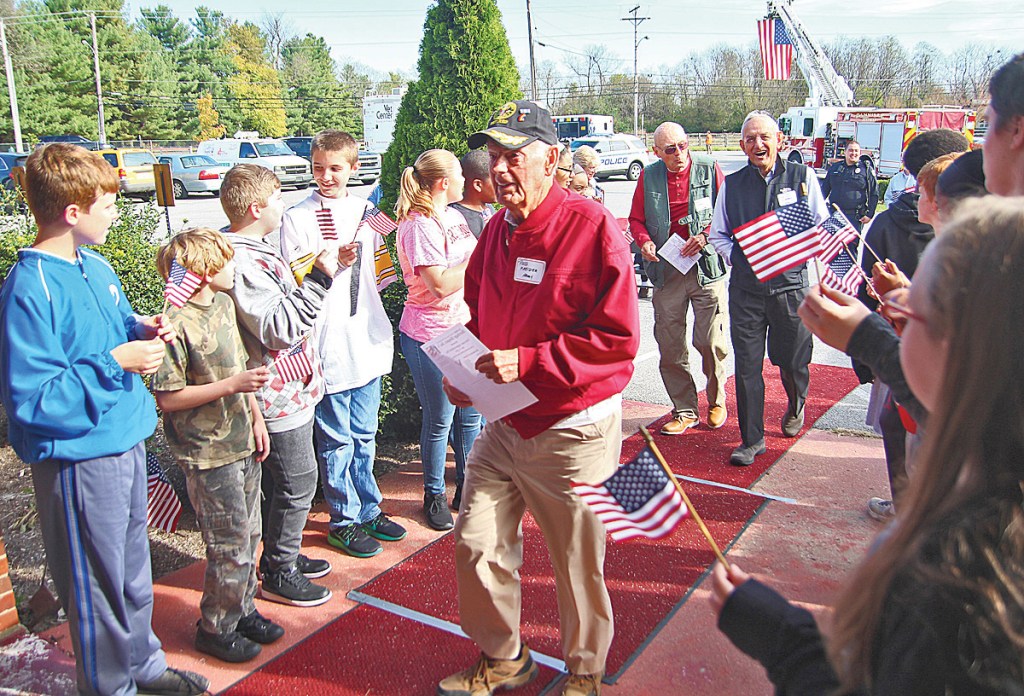 Martin, the community liaison for Heritage Hospice, told magistrates she was thankful for the county’s continued support of the Veterans Day event, along with the support of many other organizations and volunteers.

Organizers counted a total of 924 veterans who attended the lunch, including 178 who hadn’t attended before.

“A lot of them were new this year, which is pretty amazing,” Martin said.

The total is a best guess because some veterans manage to attend without coming in the main entrance or picking up door prizes they’re entitled to because they’d rather someone else get them, Martin said.

In addition, Martin reported that 32 of the veterans served in World War II, that 116 volunteers served food and helped run the program, and that 128 guests attended with the veterans. The oldest veteran in attendance was 103 and the youngest was 19, she said.

The Veterans Appreciation Dinner is held every year on Nov. 11, Veterans Day, at the National Guard Armory on Stanford Road in Danville. It’s a multi-county effort from Hospice that provides lunch and a patriotic program for veterans from Boyle, Garrard, Lincoln and Mercer counties.