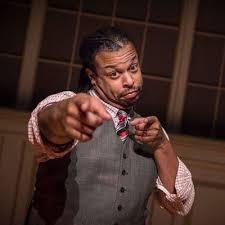 Comedy Caravan returns to Danville Thursday night with Indianapolis’ Jimmy Roberson as host, with co-headliners Joe Deuce and Brent Terhune featured.
A native of Georgetown, Joe Deuce worked in Student Life at Berea College prior to becoming a full-time comedian. He’s appeared on the Fox TV show, “Laughs,” and has performed at 100-plus colleges around the country. When he’s not working on the road, Deuce hosts radio shows on Lexington’s Hot 102.5 and Z-Rock’s 103 morning drive show. 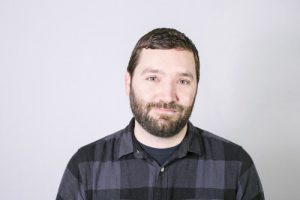 Indy native Terhune has been called one of American’s most clever writers and performers. His absurd views of life are both relevant and relatable, says Caravan’s VP, Tom Sobel.

“Like Joe, Brent has appeared on ‘Laughs’ and has vast radio experience, and he co-hosts the immensely popular podcast ’The Interweb Podshow,’ “ Sobel says. He says Terhune is hilarious, whether talking about the everyday struggles of being a redhead, life as a college student and radio DJ, or about his off-the-wall Uncle Frank and family. 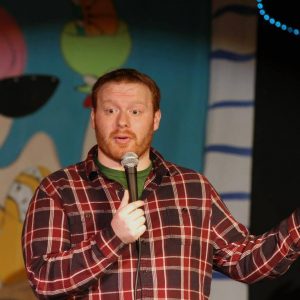 Terhune works through characters, voices, one-liners and time-tested monologues, pulling off a laid-back style not many comics are able to.

Roberson, also based in Indy, will emcee the event, and is known for his distinctive joke delivery and precision timing. He’s appeared at numerous comedy festivals, including the Limestone and Arch City comedy festivals.
The event is held at Mallard’s restaurant, 1001 Ben Ali Drive in Danville.
For tickets, call (859) 936-8103
Online: www.jimmyroberson.tumblr.com; joedeucecomedy.com; brentcomedy.com.