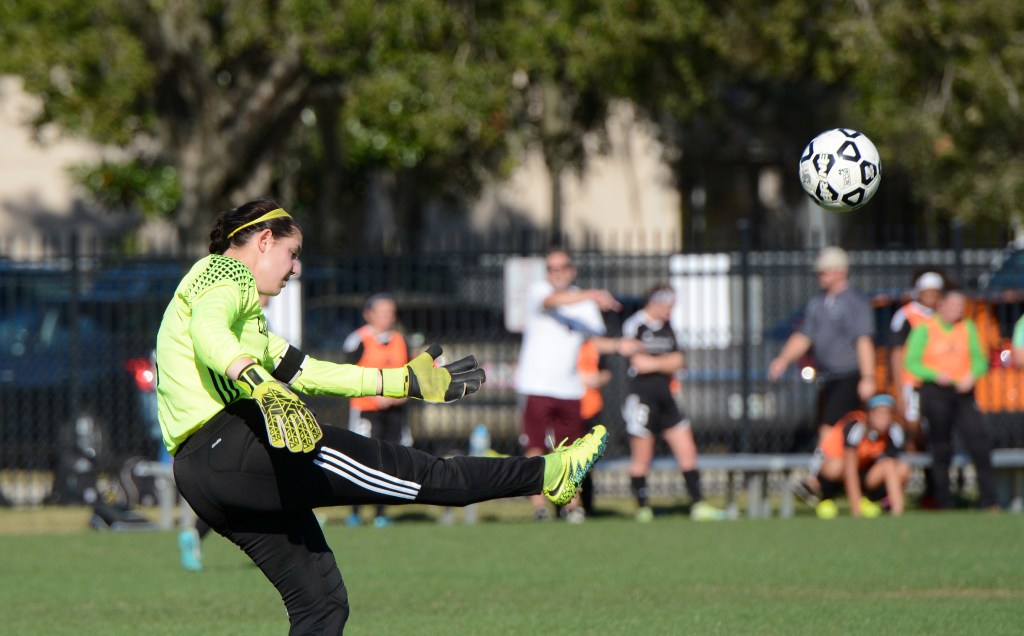 Both were named third team All-Americans by the National Soccer Coaches Athletic Association last week. Howard was also named a second team All-American by the NAIA for posting 10 shutouts this season as a junior.

“She’s unbelievable,” Jones said. “She has been a two-year All-American for the NAIA, last year she was first team and this year she’s second team. That’s something big because we didn’t have the type of year we had last year, but coaches recognized how good she is, how special she is for our team. I believe she’s probably one of the best goalkeepers in the nation, she could’ve gone D-I. Fortunately she chose to come to Campbellsville, and a lot of our success over the years has been because of her.”

Another player who has been integral to the Campbellsville successes over the past four years is Gill. The Boyle County graduate has been a four-year starter and three-year captain for Jones’ squad.

“I’ve never had a sophomore become a captain,” Jones said. “But because of her work ethic and her leadership skills, not vocal but more showing, she worked so hard, being a good Christian, positive influence for the team, I made her a captain as a sophomore. That was a very big plus for us this year, having her be a leader. She’s definitely going to be missed.” 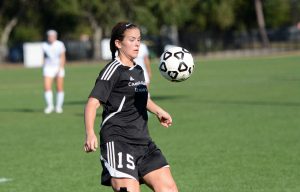 Jones said that he’s moved Gill all over the field during her time with the Tigers. She started as a wide midfielder before moving to the center of the field as a sophomore to fill in for an injured teammate. She held that role for two and a half years, until suspensions during her senior year pushed her to the defense.

“She just worked hard,” Jones said. “She goes 90 minutes and she sacrificed her body for the betterment of the team. Everyone relied on her because she would put the team on her shoulders and say, ‘follow me.’ She’s done that for four years as a starter.”

Howard was named a captain this season after her first team All-American season in 2015, when the Tigers went 19-3 and made it to the Round of 16 in the NAIA National Tournament.

“She’s a captain, but she’s a non-vocal leader,” Jones said. “The reason I made her captain was because of her work ethic and what she has done in the goal. How could I not make her a captain?

“Now, she’s the only captain I have for the offseason and next year, as of right now. So she’s going to be forced into more of a vocal role, which I think she’ll do fine. That will make her a better leader, better captain, better goalie.”

Jones said he wants to make Howard’s senior season one to remember. He wants to make it back to the NAIA Tournament and make it farther than Gill and company did in 2015.

“If everything goes according to plan and she stays healthy, I believe she’ll be a first-team All-American, no doubt,” he said. “Some of the players I’ve brought in, I’ve got goal scorers coming. If we can score goals and take the pressure off of her, I only need her to come up with maybe one or two big saves in a game. This year, she had to come up with sometimes five or six. That’s just too much pressure on a keeper, but she still did her job.”

Gill and Howard are two firsts for Jones at Campbellsville — Gill a three-year captain and Howard a two-time NAIA All-American. Although Gill’s senior season wasn’t the sendoff he had hoped, he hopes his incoming players will help Howard leave her mark.

“This year, she had to put up with a lot more pressure because we weren’t scoring,” Jones said of Howard. “She still did a great job, we had 10 shutouts. Next year she’ll be a senior, and I think I’ve assembled a really good team to put around her. I want to enjoy her one more year, try to make it to the national finals for the NAIA. Because a goalie like her only comes around once in a lifetime for a program like mine.”