Kids are not alright: As heroin epidemic spreads, children losing parents and stability 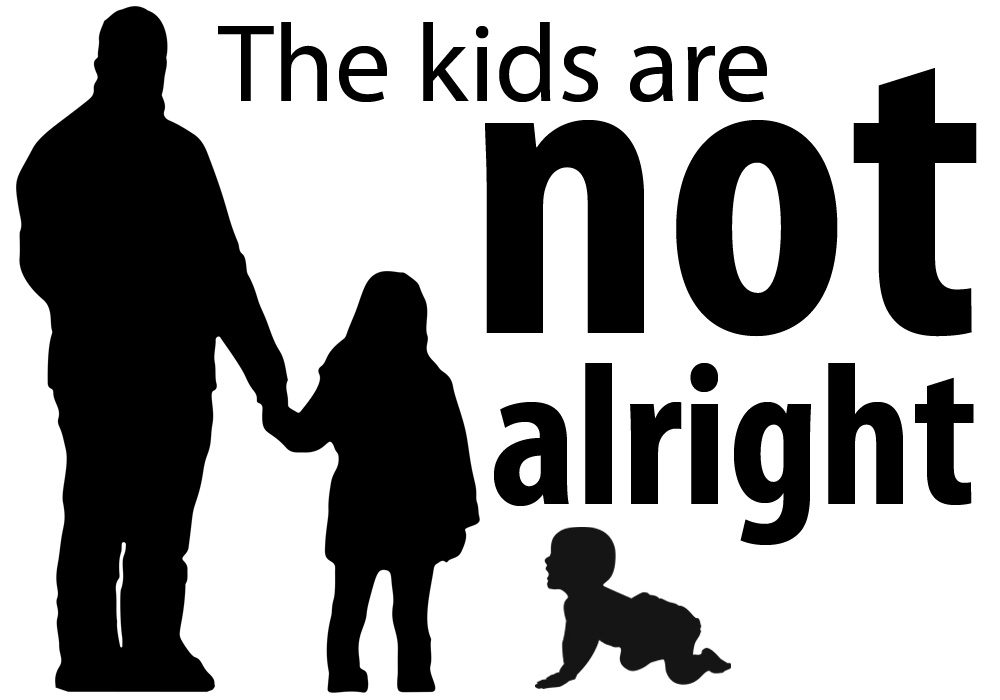 The ongoing heroin epidemic sweeping the state is having a hidden impact on children — one that can’t easily be measured.

“A lot of these children are witnessing parents overdose, or are finding their parents dead,” said Lynne Dean, Boyle County assistant county attorney, speaking of children going through the county’s family court system. “It’s difficult, listening to those 911 calls where they think their parent is dead.”

Dean spends a large portion of her time working in the family courts system — a system that must remain behind closed doors to the outside world, but one where she sees children who have suffered from neglect and abuse.

In the past year or so, she said, those cases have increased, and she believes, like many others, that one major cause is heroin.

Others see the problem, too. Like Laura Guerrant, executive director for CASA (court-appointed special advocate) of the Bluegrass, which places volunteer advocates with children during the court process to ensure the court is focused on the needs of the children.

“We’re in a bubble that’s about to burst and we’re not going to be able to survive unless we hit (heroin) head-on,” Guerrant said.

Guerrant’s organization can’t keep up with the demand, and is seeking more volunteers, she said.

Heroin use is not limited to one group of the population in Boyle County, but crosses all genders, races, ages, and socioeconomic levels, Dean said.

“It impacts everybody,” she said. “It’s not a poverty issue. People with good jobs, well-educated people are getting addicted to opiates.”

Dean has spent years prosecuting people for a variety of crimes. In the last few months, she’s learned of multiple deaths of those she’s seen in court.

“People I have prosecuted have died and it saddens me. There have been five people in the past few months … you try to give people the opportunity to be clean,” Dean said. “Sometimes I wonder, ‘What if I had left them in jail?’”

“We’ve never seen anything like this,” Walter said. The increase in heroin cases in one year alone has been “dramatic,” he said.

Sunrise Children’s Services is another of organization that works with children in situations where they have been removed from their homes. Its president, Dale Suttles, said Sunrise sees the effects of parents’ heroin use on children, as well.

“It’s an epidemic — that’s not a strong enough word. It is literally tearing families apart,” Suttles said. “The collateral damage is children. Children are left holding the bag on this whole deal.”

His organization, like CASA, is desperately seeking volunteers to serve as foster parents.

Dean said she has seen an increase in the number of parents who seem to have a general lack of concern about their court cases. While there have always been parents who didn’t show up for court, Dean said that behavior seems to have increased side-by-side with heroin use.

In her experience, those under the influence of heroin and its lasting effects also seem to have more difficulty in being able to get their children returned.

“Taking a child from a home is not a decision made lightly,” she said.

Once a child is removed from a home, Dean said permanency for a child needs to be established within one year under the Adoption and Safe Families Act. That’s for the benefit of the child, giving them more consistency in their lives.

“These kids are so resilient,” she said.

As a parent herself, Dean said it can be hard to watch children go through the process or to learn about the things a child has had to endure. It’s especially tough in cases of babies born addicted, she said.

She said in some cases, if the year is up and the parent has been unable to fully achieve the goals set by the court, it’s sometimes possible to extend the case a bit longer. But the parent must have made serious efforts toward getting their children back.

Sometimes, they can ask the judge to give the case a few more months, but “we need to see a reason to keep the case open,” she said.

There are services made available to the parents to help them overcome whatever is keeping them from being able to get their children home, including money to help pay for rehab facilities. But with heroin, more so than with other drugs, Dean said it seems that people are less likely to take the assistance.

There are some cases where the need to find children a new permanent home becomes clear before a year has passed. Those cases seem to happen more often with parents who have been using heroin and who lack the ability, clarity, or willingness to get the help they need, Dean said.

“Our goal is to keep a family together. But sometimes that means the parent needs to go away for a while to get clean,” she said. “Sometimes, they aren’t willing to do that.”

The goal always is to bring the family together, but the court’s number-one purpose is to protect the children, Dean said, which sometimes means calling in another agency to help care for them when their parents seem unable to do so.

Once a family court case is opened, the role of protecting children involved in the case falls onto a few agencies. Social workers, guardian ad litems and CASA  volunteers all play a role.

Guerrant said CASA of the Bluegrass is well aware of the increase in cases due to heroin.

“About 80-90 percent of our cases are drug-related,” Guerrant said. Numbers regarding what percentage of those cases specifically deal with heroin are unavailable, but she estimated they make up a large portion of the cases.

CASA of the Bluegrass works with children in Anderson, Boyle, Franklin and Mercer counties.

CASA volunteers are appointed in more extreme cases where children have experienced abuse and neglect. Unfortunately, she said, those kinds of cases are becoming more and more common and there often seems to be a link to heroin, because parents are unable to take care of their child properly while under the influence of the drug.

Children involved in drug cases often have witnessed their parents’ behavior while under the influence; seen their parents get arrested; or known what it’s like to live with a parent who’s often absent.

“Children are the hidden victims,” said Guerrant. “A lot (of the children) have been neglected.”

The children often have trust issues with adults.

“I think of children who don’t want to trust an adult because their parent who has been addicted hasn’t shown up, or has passed out or hasn’t cooked them dinner. They have a hard time, I guess, bonding,” she sad. “The adults that are supposed to be taking care of them aren’t.”

For CASA volunteers, it makes it a bit trickier to get the child to trust them, but that’s the ultimate goal.

CASA volunteers have been trained in child development, diversity, the law and more — each volunteer undergoes more than 30 hours of initial training and completes additional, ongoing training every year. Recently, local CASA volunteers began training on how to deal with opiate abuse because of the increased need.

Once they’re sworn in as CASAs, the volunteers are assigned one case at a time and spend about five to 10 hours a month on that case, Guerrant said.

“Volunteers are flies on the wall during some of the most horrific events and some of the most wonderful. It can be emotional at times; it can be draining at times. But the end result of knowing that you helped ensure the child’s safety and permanency … that is exciting. That is the ultimate goal,” Guerrant said. “There’s nothing better than seeing a family reunited or a child adopted.”

The organization’s Woodlawn campus has added a family services program, which didn’t exist two years ago, Suttles said, to send therapists into homes. It has 300 clients.

The goal, he said, is to help families continue functioning and stay together when possible. Many times, drugs are involved as one of the issues staff face, Suttles said.

“Heroin is so addictive that you are not able to parent. It’s such a strong drug,” Suttles said. “Based upon what I hear and my interviews with ex-users, you spend your whole time looking for that ‘first high,’ because that first high is so tremendous in nature. It’s such an addictive drug.”

Although the numbers of deaths in region because of heroin are hard to pinpoint, Suttles said “something” must be behind the deaths of “a good number of people.”

“The unfortunate thing is, through it’s aftermath, children are being left homeless,” he said.

When the addiction becomes fatal for parents or they are not able to shake the grasp through treatment or rehabilitation, or are simply unwilling to get help, children have to be cared for in other ways. In some cases, other family members can step in to take the child. In other cases, they have to be placed in foster care through the Cabinet for Health and Family Services or one of its referral organizations.

While the cabinet was unable to provide specific information on heroin use, an email from the department stated that drugs were present in 1,481 of 4,694 cases in which children were removed from their homes in 2015. There are no figures available yet for 2016. No other comments were available from the cabinet.

Sunrise is a non-profit organization and a private provider that partners with the state to take referrals. It is one of the largest foster care services in the state, getting 35-50 referrals a day for children across the state needing to be placed in foster care. Sunrise also has facilities for those from the Department of Juvenile Justice or children who need residential care facilities.

“There is such a need,” Suttles said. “We hear figures like 8,300 children needing out-of-home care. Their home is bad enough they need an alternative. The drug epidemic is completely shutting families down.”

The organization is “constantly recruiting” families across the state to be foster parents, he said.

“We are trying to recruit more and more foster parents to have open homes,” Suttles said.

For Sunrise, he said, there are many families who have gotten out of being foster families because they have actually adopted through the program. This past week alone, Sunrise Children’s Services had five adoptions take place across the state, he said.

The solution as Suttles sees it is community involvement.

“(Heroin) is literally tearing families away. It is weakening communities. We need to get involved,” he said.

“These kids see a lot. They’re put through a lot. They’re scared. Neglected. In some cases they’re not cared for,” Suttles said. “They’re the collateral damage in all of this.”

• CASA of the Bluegrass is in need of volunteers to work with children involved in the family court system. A training for volunteers will begin in January and can be signed up for through www.casaofthebluegrass.org.

• Sunrise Children’s Services is in desperate need of foster families to keep up with the demands of children needing homes. More information is available on their website at www.sunrise.org.