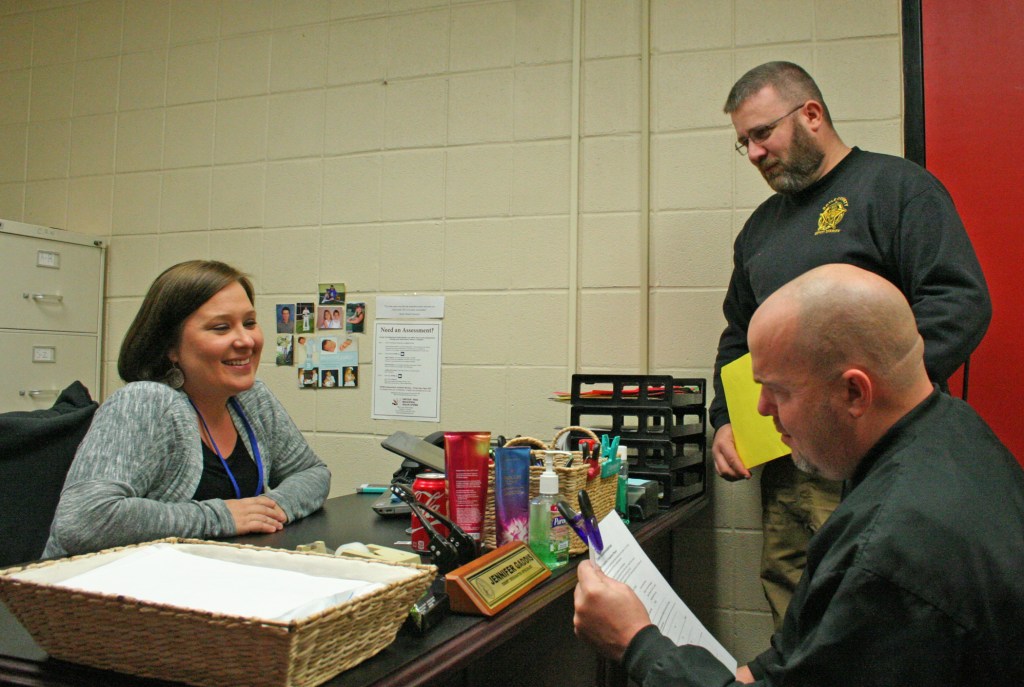 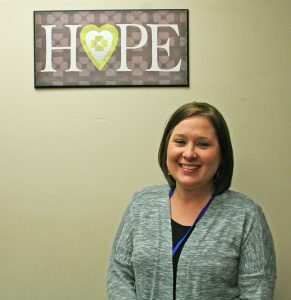 A passion for youth and an ability to see to what they really need — that’s what makes Jennifer Gaddis perfect for her job.

She said she strives to make each child or teen who visits her office feel as if they matter — because “they do.”

“They can still drive you crazy, you can still dish out a consequence. But if you make them feel like they are inadequate or not a human being … it all goes back to how you make people feel,” Gaddis said. “I believe that wholeheartedly.”

Gaddis’ beliefs stem from her days working as a social worker. She spent six years in that role, on the front lines, working with children and their families, responding when emergencies arose and more.

“I loved it,” Gaddis said. “I loved working with families.”

One day, while talking with a child who was in the foster care system, that lesson on treating the children like they matter really sunk in.

“Once you come into foster care, there’s residential facilities, there’s social workers, there’s judges and attorneys … there’s all these people around you. He said to me, ‘Do you know how it feels to have everybody that’s around you that’s paid to be around you?’ I thought, ‘I don’t.’ But from that moment on, it changed how I do things.”

“I never felt that way. I had people who loved and cared for me,” Gaddis said.

She said she realized the importance of treating children with love and respect.

“It’s all about how people feel when they leave you. It’s how you make them feel that they’ll remember,” Gaddis said.

Gaddis said her career has been building to get her to this point.

A Boyle County High School graduate, she said she wasn’t sure what she wanted to do when she started college.

“Once I graduated high school, I had no idea what I really wanted to do, other than I wanted to work with kids,” she said. Gaddis obtained a degree in child studies. After graduation, she started working with Sylvan Learning Center.

It was a good opportunity to get her “feet wet” working alongside families and children.

“I started working with families … and I fell in love with it,” she said.

Being able to help those families meant a lot to her.

It was after working with Big Brothers Big Sisters that she went to work as a social worker. After being a social worker, she worked in the family resource office in Lincoln County Schools.

Often, being a social worker meant working with “families really in crisis.” That, Gaddis admitted, was hard, but it was a line of work she really enjoyed.

“I know people hear horror stories about social services, and I have a few of those too, but I loved it; I really did. It was hard, but I really did — I loved working with the families,” she said.

These days, her work focuses more on the children and teens themselves, working with those who have committed a public or status offense — everything but a traffic violation. She said more middle and high school students come in front of her desk than those in elementary schools.

The transition to court-designated worker has been a good one, Gaddis said. She also works with some of the same people that she worked with as a social worker — the same judges, law enforcement officers and more, all people she’s known for years, just in a different capacity.

“I think that helps, too — knowing all of those different people. If there is a time where we say, ‘Oh my goodness, we really need something for a family.’ There’s so many people  that you can talk to and reach out to, especially in this community that will find it. It will be found,” Gaddis said. “I really like that part of this job, because you get to work with everybody.”

Gaddis is part of a team including the county attorney, law enforcement officers, the public defender, school officials, the health department, mental health agencies and those with the state Department of Community-Based Services. The team was established when Senate Bill 200 came out in 2014. The bill overhauled the state’s juvenile justice system.

It also established the role of court-designated specialist, a role that Gaddis also fills, and is specifically for high risk juveniles. That isn’t the same everywhere — sometimes the roles are filled by two people.

“Consistency — that’s huge,” she said. She stays with kids from the beginning to the end of their cases.

No matter what they’ve done, Gaddis approaches the teens the same way: with an open mind, a willingness to listen, and respect.

“I tell them, I’ll show you respect; you show me respect,” she said.

Her job is to get to the root of what’s wrong — why a teen may be skipping school or why are they behaving a certain way, for example. Sometimes, her job is to help parents figure out how they can help their own children.

“There’s good in everybody — there really is,” Gaddis said. “They’re good kids. I don’t treat these kids differently than I do my own kids.”

“My kids are great,” she said. “Kids in general — including my own, especially my own — teach me more than I teach them. They’re great.”

Her own kids have been busy with sports and other things.

“With social work, there were games I missed. … they’ve had to endure some of those, ‘Mom’s not at my game.’ They’ve been troopers through it all.”

Her husband, Wes, is a deputy in Mercer County, another demanding job.

And through it all, Gaddis said, her parents, John and Paula Bodner, have been a huge help.

“I have a really close family. I couldn’t have done it without my husband and my parents. There’s no way,” she said. “… my mom has more compassion for people than I could ever possibly have. She is the meaning of the word compassion.”

Gaddis said her goal is to have a positive influence on the youth she meets daily.

“I hope that, 20 years from now, I’ll see some of the kids I’ve met through social services, through Big Brothers Big Sisters, through here, out with families of their own doing good things in the community.”