Callie Smock and Kevin Middleton, both of Lebanon, were united in marriage on Dec. 9, 2016 in Lebanon.

The bride is a graduate of Lincoln County High School and is the daughter of Leura Buck and Kerry Smock, and the granddaughter of Oe and Ruth Smock and Hurston and Lucille Orcutt.

The groom is the son of Beverly Middleton and Dennis Middleton.

Raven Lee Reed and Harrison Tuff McKinney, both of Moreland, announce the birth of their daughter, Raylee Grayce McKinney. She was born 10 a.m. Friday, Dec. 9, 2016 at Fort Logan Hospital and weighed six pounds three ounces and was 19.5 inches long. Maternal grandparents are Debbie Ann and James Lloyd Reed of Stanford. Paternal grandparents are Donnie (Doris) McKinney and April McKinney, all of Danville. 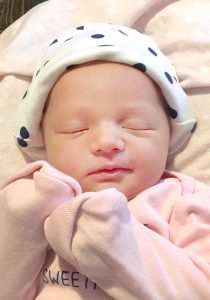 Olivia Paige Hall graduated from Western Kentucky University on Dec. 10, 2016 with a bachelor of science degree in hospitality management with concentration in hotel, restaurant, dietetics and tourism management. She is also a graduate of Mercer County High School. Olivia is the daughter of Dawn Hall of Harrodsburg and Michael Young of Danville, and the granddaughter of Duane and Dru Hall of Harrodsburg. 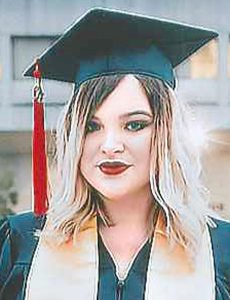