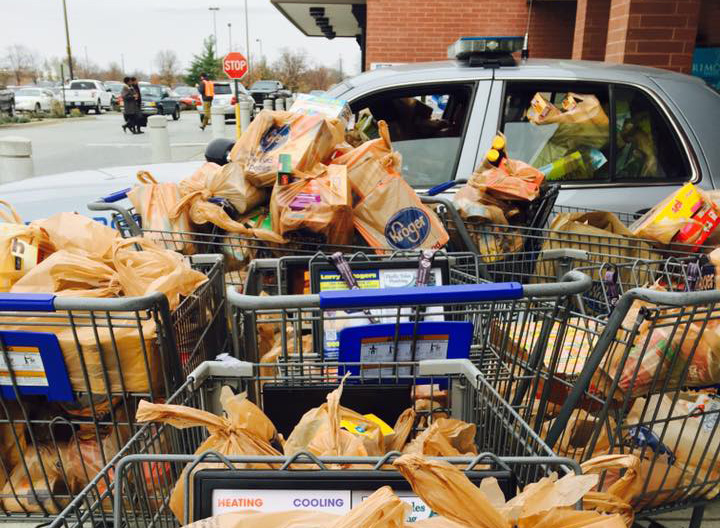 “Due to the generosity of numerous individuals, businesses, schools, social clubs, scout troops and civic organizations across the state, we have surpassed last year’s campaign by more than 46 tons,” KSP Commissioner Rick Sanders said. “This spirit of giving is a genuine public service that will make a real difference to many families facing difficult times.”

KSP initiated the Cram the Cruiser program in 2010 to assist needy families in its local post and region areas. Since then, the agency has contributed over one million pounds of food to shelters, food banks and churches throughout the Commonwealth.

“The Kentucky State Police continues to maintain the traditions of service the agency was founded on more than 65 years ago,” Sanders said. “Helping those in need is a fundamental part of our mission and we are grateful to be able to coordinate this effort and the benefits it provides to the communities which support our troopers and officers throughout the year.”

Over the years, the campaign has developed into a friendly competition among Kentucky State Police posts and Commercial Vehicle Enforcement regions. This year, KSP Post 7 in Richmond took top honors with a total of 80,872 pounds of food collected. Post 7 covers Boyle, Garrard, Lincoln and Mercer counties, among others.

Capt. Chris Steward, commander of the post, praised local citizens and businesses for their support of the project. “We can’t thank them enough,” he said. “Their generosity is both impressive and humbling.”

Steward also recognized the hard work of Tpr. Robert Purdy, public affairs officer for the post, who spearheaded the effort, which increased the post’s collections by around 52,661 pounds from last year’s results.