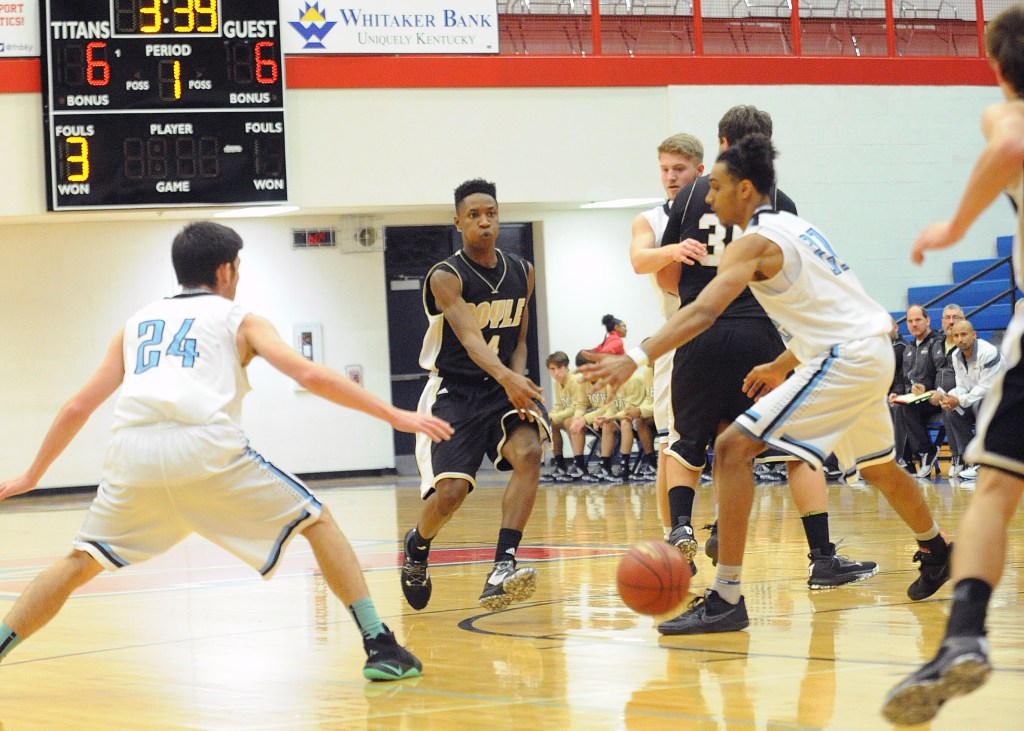 HARRODSBURG — It’s not the way anyone on the Boyle County boys basketball team wanted to spend Christmas, but the Rebels go into the holiday with a 64-55 loss to Muhlenberg County in Friday’s third-place game of the Farmers National Bank Clash of the Titans.

Yet despite their second loss in a row, Rebels coach Steve Adams felt his team showed enough improvement to not ruin his holiday cheer.

“I thought we made progress against a pretty good team,” Adams said. “It’s like we tell our kids all the time, we probably could have gone somewhere and played weaker competition, but what good would that have done us? We want to find out right now what our weaknesses are, what we need to work on. We want to do it against good competition that’s going to challenge us so we can be ready come middle of January, middle of February when we get in the middle of district and region play.”

Bryce Slone put together an impressive individual performance, scoring a game-high 34 points while making 7-of-13 3-pointers. The junior averaged over 22 points in the three games at Mercer County, which included a win over Eastern and loss to the host Titans.

Slone scored nine of his points in the first quarter, hitting two 3-pointers, as the Rebels opened up an 18-6 lead six minutes into the game.

“He shoots the ball well,” Adams said. “He’s much better when we’re getting him off screens, when his feet get set. … Coming off screens, catching and shooting, in the lane and pulling up, he’s a really nice shooter.”

However, the Mustangs (7-3) scored twice as many points as the Rebels — 14-7 — through the remainder of the first and most of the second quarter. Slone put a stop to the bleeding with a 3-pointer, cutting Muhlenberg’s lead to 30-28 at halftime.

The Mustangs quickly took control of the game early in the third quarter, outscoring Boyle 12-4 over the first three-plus minutes to grab a double-digit lead at 42-32.

Boyle wouldn’t come closer than nine points the rest of the game, going down by as many as 14.

“They started the third quarter and brought the fight to us and we didn’t really respond,” Adams said. “That was probably the difference in the game.”

Slone was alone in double figures, with Jason Alexander up next at eight points and Will Imfeld throwing in six. Only six players scored for Boyle (4-6), and only two points came from the bench.

“We’re still learning,” Adams said. “I thought offensively tonight, we got a lot of open looks, we did a nice job of getting the shots we wanted, but we didn’t shoot as well as we wanted. Of course, fourth game in five days for us this week, so probably our legs were gone a little bit.

“We just weren’t aggressive away from the ball,” Adams said. “We didn’t hands on passes we should have gotten hands on.”

The Rebels get another taste of tournament basketball next week when they travel to Montgomery County’s Gateway Holiday Classic. Boyle opens against Mason County at 7:30 p.m. Tuesday.

Clash of the Titans