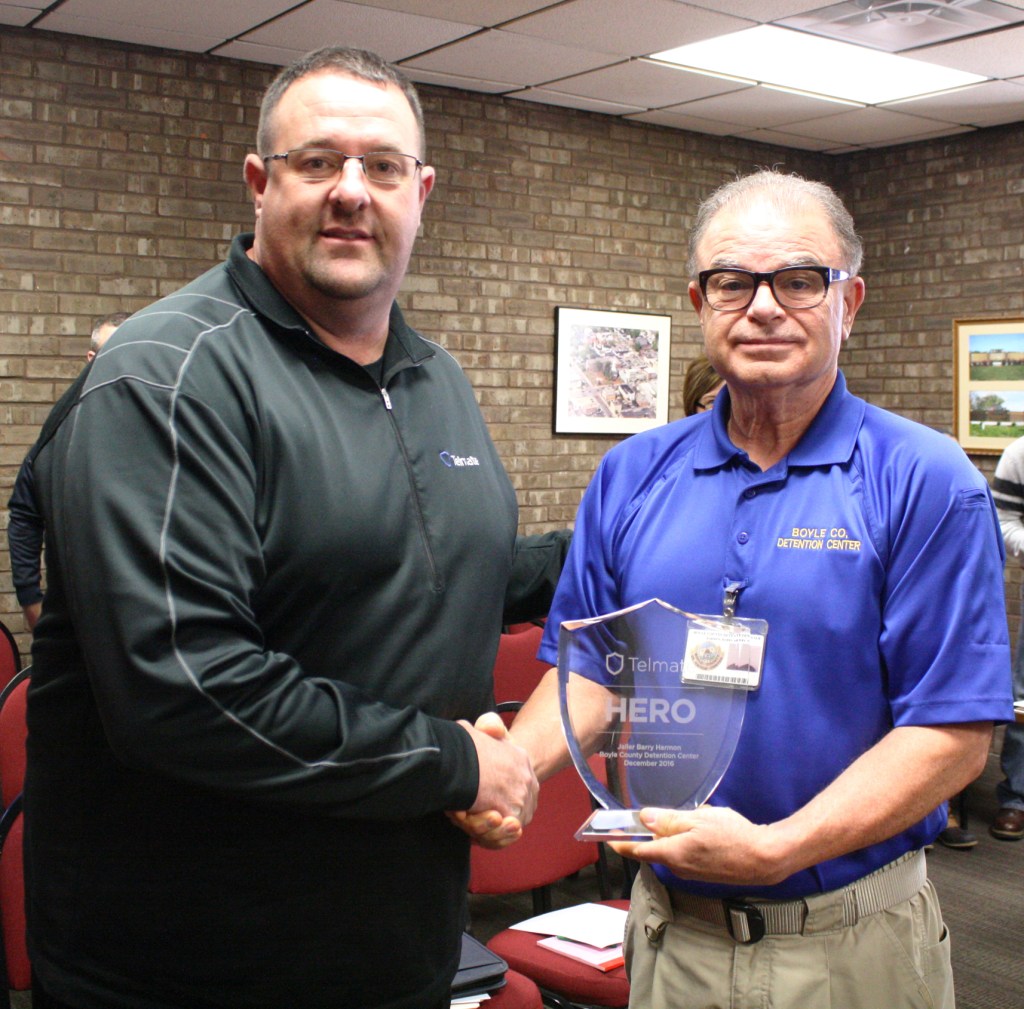 Boyle County Jailer Barry Harmon was recognized on Tuesday at the Boyle County Fiscal Court meeting as Telmate’s Hero of the Month.

Telmate, is a leading provider of secure corrections and community corrections solutions, awards the Telmate Heroes Award to those who show “exemplary performance in the field of corrections and law enforcement combined with the use of innovative technologies,” a press release said.

“If I could change one word on that, I would change hero and put servant because that’s what I am — a servant,” Harmon said after accepting the award.

According to Telmate, Harmon was more than qualified to receive this award.

“Harmon is constantly on the look-out for innovative and efficient ways to deal with the growing problem of overcrowding in Kentucky jails,” the press release said.

The Boyle County Detention Center holds 220 beds in the facility and has faced overcrowding issues for several years. On average, the jail will hold anywhere from 340 to 360 inmates. Around 90-percent of the inmates are incarcerated due to drug related charges.

Harmon recently received approval from the fiscal court to implement an outpatient treatment facility for inmates who are drug addicts and alcoholics in the old Red Cross building.

“Not only will this ease overcrowding here,” explained Harmon, “but we’re treating the cause and not covering it by putting somebody in jail so they’re out of society.”

Harmon has worked with Telmate since 2008.

According to the press release, he uses Telmate’s services for their inmate communications system, which includes wireless tablets, the facility’s phone, video visit and messaging system, “to find new ways for inmates and facility staff to benefit, while providing security and control over the overcrowded facility and protecting the local community.”