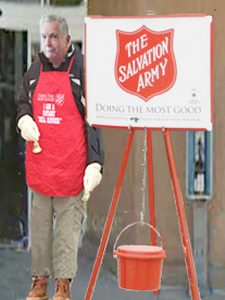 Sodexo Foundation gives $1,000 grant to support Danville-Boyle County Backpack Hunger initiative.
All Sodexo units are encouraged to support hunger initiatives in their communities. We have worked with a few food banks in this area in the past but wanted to put more of a focus on relieving child hunger in Danville and Boyle County. Mike Nagorka found out about the Backpack Program that is supported by Families First. The group provides backpacks of food to children in Danville and Boyle County that are hunger challenged. Many of these kids’ only option for food is when they are at school. When they go home for the weekend they often do not have a full compliment of meals. Food from the food bank is brought to Indian Hills Christian Church where volunteers put together the backpacks for the program. Sodex) has a non-profit entity called the Sodexo Foundation that offers grants for those units that support a Backpack Program. Nagorka made the connection with those who organize the program, and recently the Centre College Sodexo unit is helping by providing the transportation and staff to load the food and deliver it to Indian Hills. Nagorka applied for the grant this past September, and the unit was one of the fortunate accounts that were issued a $1,000 grant to use towards purchasing food and items needed for the kids. 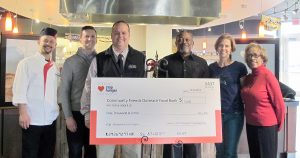 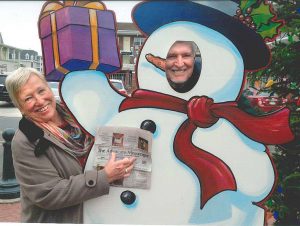 Faith and Al Atmore took The Advocate-Messenger with them on their trip to Cape May, New Jersey on Thanksgiving, November 2016.

As part of its Telmate Cares community outreach program, the San Francisco-based corrections company Telmate donated $1,500 to support a dozen volunteers providing relief to Haitians devastated by the effects of Hurricane Matthew. 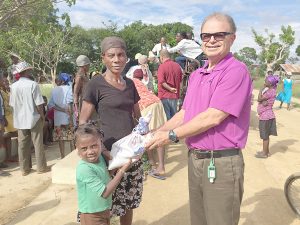 Group members will continue to collect and send donations to help rebuild the village. Anyone interested in participating in CLAM’s on-going outreach program can contact Phillip Yates, President of CLAM, at (859) 265-1821 or Phillipyates_1@bellsouth.net. Monetary donations to help victims of Port-au-Ceil may also be mailed to Christ Like Agape Ministries Inc., P.O. Box 638, Burgin, Ky. 40310. Checks should be payable to  “Christ Like Agape Ministries Inc.” or “CLAM.”

At 11 years old, Ashley Howard knows how to use the power of music to reach the hearts of the seniors at Morning Pointe of Danville.

Ashley brought the spirit of the season, serenading the residents at the senior living and memory care community with the sound of her voice. 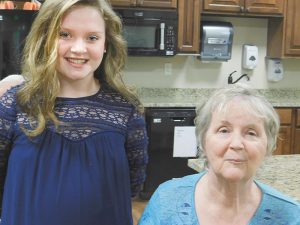 As part of the life enrichment program, Morning Pointe invites musicians and performers from all genres to bring the many benefits of music therapy to the seniors.