Back in the air: Civil Air Patrol cadet program once again a fixture at Boyle County airport 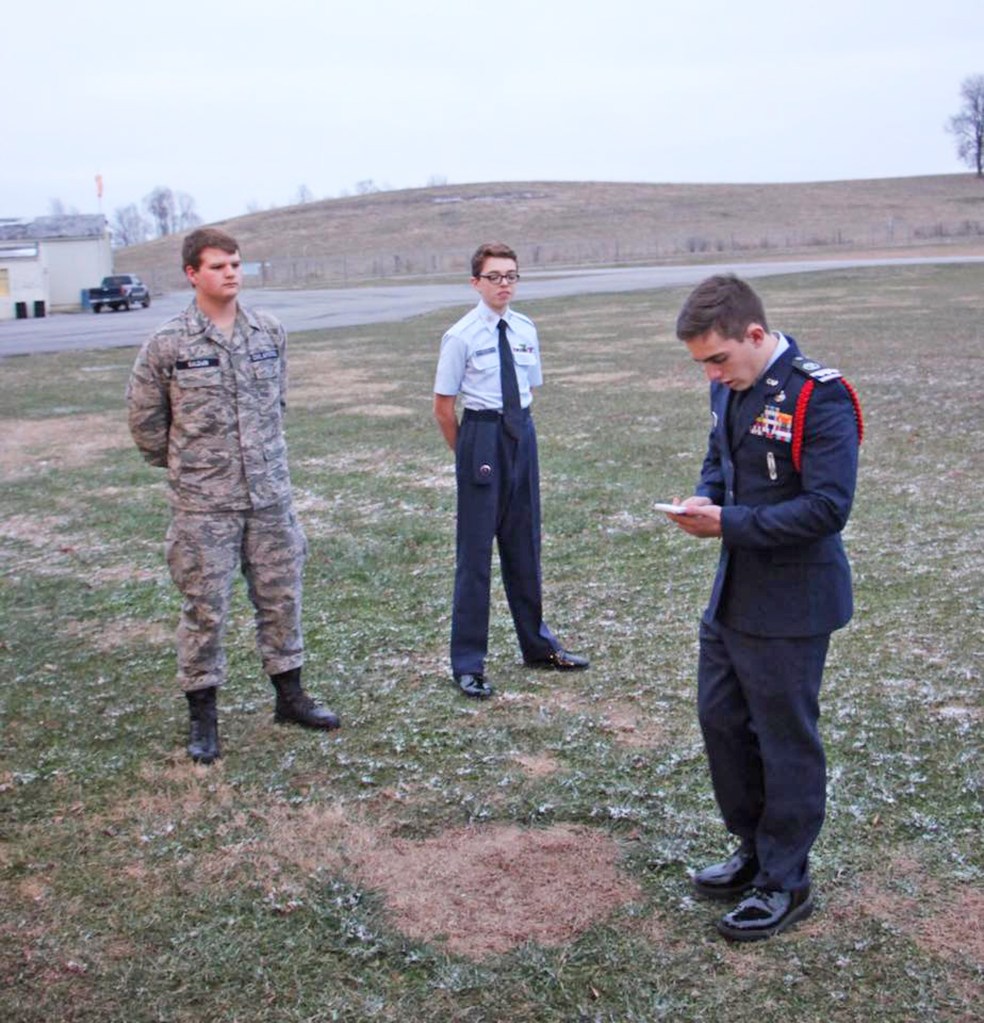 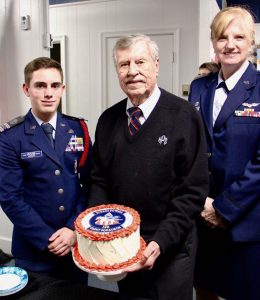 Civil Air Patrol, a program that has been around for teens and adults since World War II, has relaunched at Stuart Powell Field and is making a positive impact for its teenage members.

“It’s a well-kept secret, despite our efforts,” said Major Jill Smith, squadron commander of the Stuart Powell Cadet Squadron of the Civil Air Patrol No. 122, located at Stuart Powell Field.

It was created one week before the Dec. 7, 1941, attack on Pearl Harbor. Volunteer members served during World War II under the jurisdiction of the War Department. In 1948 the Civil Air Patrol was permanently established as an auxiliary of the United States Air Force.

The program began in 1943 in Boyle County at the airport. Longtime Boyle County resident Stuart Powell was a member of the program in the 1940s and said that experience had a lasting impact on him.

“I knew the value of getting young people interested in aviation,” Powell said.

A Civil Air Patrol unit remained at the now-Stuart Powell Field for many years, but the program was eventually closed.

Then, earlier this year, the opportunity came again, and it was one Powell said he was happy to see.

Civil Air Patrol Kentucky Wing was doing some “reorganization” and looking to add more squadrons, a perfect opportunity for Smith, who had been a member of the Civil Air Patrol since 2000.

When the program in Boyle County relaunched in June, Smith became the squadron commander and achieved the ranking of Major. The Civil Air Patrol cadet program launched too, and Smith sent a call out for interested teens, ages 12-18.

That’s how Nicholas Birt found out about the program.

“I’ve always had an interest in aviation,” Birt said. His daughter Chloe, 13, was looking for a new activity to be involved in so he asked her if she’d be interested in the Civil Air Patrol.

At first, she said, she wasn’t so sure. 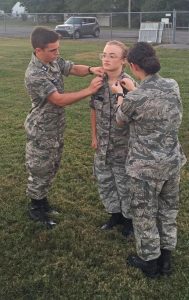 “I was excited about it, but I was kind of hesitant,” Chloe Birt said.

She now loves the program.

Making friends is a big part, Chloe said, and she’s been able to introduce her own friends to the program. Some of them aren’t that interested, but there are others who are always asking about what she’s learned through the Civil Air Patrol.

Some have even expressed interest in joining themselves. Chloe said she’s glad she did.

“It’s not at all what I expected it to be,” she said. “We do hands-on-activities.”

As part of their training, Smith explained, students learn about military bearing, fitness and health, leadership and the basics of flight.

Within the first 30 days of joining the program, students are able to go on an orientation flight. They can ultimately learn to fly planes and gliders.

Chloe said the rocket-building had been fun and she’s looking forward to getting to build ones they can actually fly.

She has really enjoyed the ranking process that members go through.

Smith explained that all interested teens start as “aspiring cadets.” They have to attend three consecutive meetings before they can start the application process. There is a $20 membership fee.

Once a cadet, members work toward achieving different ranks, all the way up to Cadet Major, she said. It’s modeled after the Air Force ranks.

The ranking process is “fun,” too, said Chloe. She is currently an Airman First Class.

“When you get to your next rank and they pin that on you … it’s incredible,” she said. “It’s a feeling of pride.”

With the achievements come responsibility, too, Smith said. As the teens progress, they are given more command positions.

Chloe’s dad, Nicholas Birt, has joined the Civil Air Patrol, too, as a senior member. Many of the parents have done so, he said.

There are about 30 cadets and senior members participating, Smith said.

During their meetings — 6-8 p.m. every Monday at their office at Stuart Powell Field, 280 Airport Road — Smith said the students spend a great deal of time training. Sometimes the group meets on the weekends, too.

Students do fundraising to help pay for squadron expenses, such as travel and uniforms. Most recently, the teens sold wreaths as part of Wreaths Across America, a program to place a wreath on the grave of every veteran for Christmas. With the money raised, they were able to visit the Lebanon National Cemetery and place wreaths on the graves.

They were also able to participate in flying the colors of the various branches of military, Chloe said.

“We just happened to be there,” she said, adding that it was a great experience.

It’s one of many great experiences Stuart Powell said the teens will have.

“We should be quite proud of this Civil Air Patrol program. It speaks well for our community that we have this for our students,” he said. “This is an organization that is very strong in principal, honor, honesty and respect.”

The learning of aviation skills, a large part of what drew him in nearly 70 years ago, is another great element to the program, Powell said.

The teens do have a great deal of pride in what they are doing, Smith said. And for she and Birt, one of the best parts of being involved has been watching as the kids transform.

“A lot of kids come in there and they’re very shy and they barely speak,” said Smith. “They just transform. They make friends — that’s the main thing.”

Meetings are 6-8 p.m. Mondays at 280 Airport Road, Danville, at the unit’s office at Stuart Powell Airfield. Interested people are invited to attend the meetings.