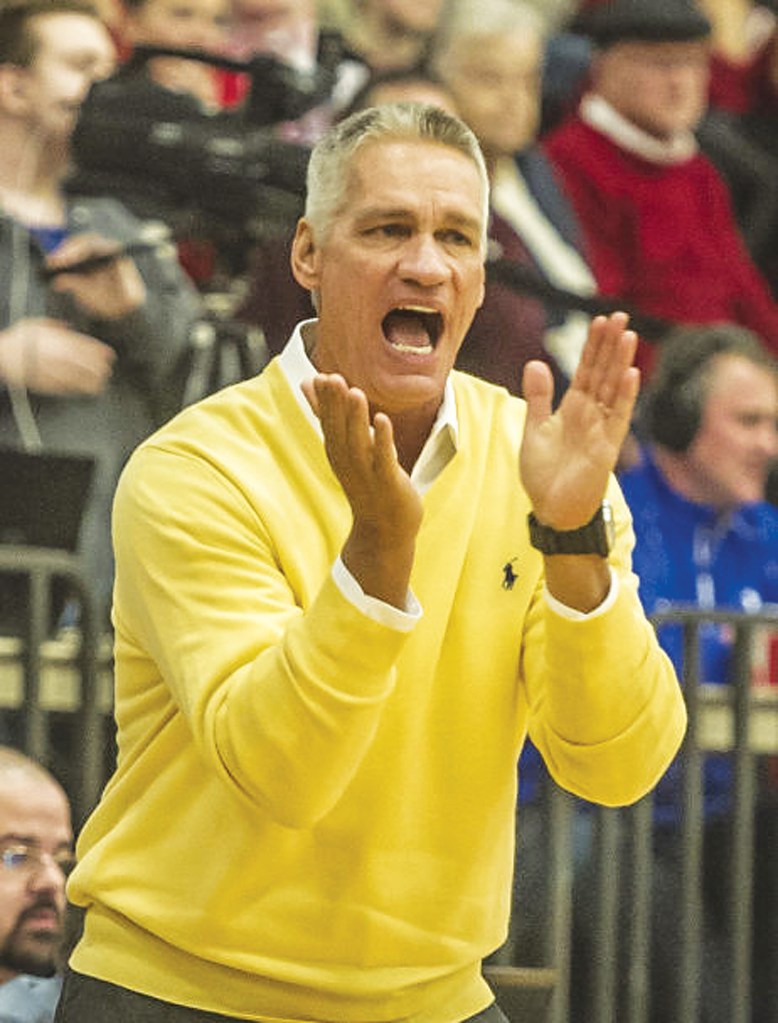 EDITOR’S NOTE: The Advocate-Messenger approached area high school basketball coaches about writing a column for publication. This one from Boyle County boys coach Steve Adams is the first of 10 stories to appear in the paper each Tuesday through the end of the season.

When Jeremy Schneider first approached me about an article concerning basketball I thought, “My goodness, what part am I going to write about?”

I thought about it for a couple of days going back and forth on writing about how our team evolves each year or about some to the technical aspects of basketball we attempt to do here at Boyle County. The more I thought, the less thrilled I was with the options I had chosen. I really wanted something that would be interesting and different.

Over the holidays, we always have a number of former players come back to watch practice or games. This year was no different. As I was talking to some of them about this article I was to write for the paper, I expressed my concern about making it interesting. After they had a good laugh about me writing an article, they mentioned that it would be cool if they could tell their stories and experiences about Boyle County basketball. The more I thought about what they said it was apparent that them telling their perspective and experiences was a great idea.

Below are three experiences from former players. Two — Kyle Rice and Chapman Bean — talk about their experience and how basketball has helped them. The third is a letter I received from Brett Jones early this year. All of these explain the real reason why coaches coach.

I hope you enjoy what they have to say about Boyle County basketball as much as I did.

“I’m a few weeks into my senior year (at Centre) and I’ve been thinking back on the past few years and all of the people who have helped me get to where I am. I just wanted to thank you for your role in pushing me to be the best. I feel like you prepared me for college both on and off the floor. Hard work, discipline and leadership are a few things that were ingrained into my head at Boyle County and have helped me make the transition to Centre. I also respect the fact you always said what needed to be said. I know I didn’t always like the criticism that came my way, but I’m grateful for it now. Not only did it make me a better basketball player, but it also made me a tougher individual. Thanks again coach for believing in me and pushing me to be the best, I’ll always be thankful for it. Hope you’re doing well, coach. I’ll have to come catch a game this year.”

The relationships that I built with my teammates and coaches are what truly made basketball special for me. There is something unique about the camaraderie of a team that goes through the good times and bad times together. The relationships that I built with my teammates are ones that I will have and cherish for the rest of my life. We were brothers, not just teammates. My coaches pushed me harder than I knew I could be pushed. They expected more from me than what I thought I was capable of giving.

To my surprise, I look back on every memory from my basketball days with gratitude, even the most difficult of times. The coaches cared deeply about helping grow into the best basketball player I could possibly be. However, they were far more concerned with helping develop me as a person. The experiences I had through basketball taught me how to work hard, handle adversity, lead, be a good teammate, handle criticism and the list could go on and on.

Even though I did not understand it at the time, my experience with basketball developed me more for life than it ever did to be a successful basketball player. I am thankful that I was pushed harder than I knew I could be. I am thankful I was expected to give my very best every single day

I truly cannot adequately express my gratitude for all of the relationships that I have built with my coaches and brothers. The success our team had my senior year was phenomenal, but the short-term success pales in comparison to the lifelong lessons that I learned along the way. I am forever indebted to my coaches for the amount of time, effort, and love that they so generously extended to me.

I began my tenure at Boyle County High School the same year Steve Adams became the head coach of the basketball team. I took a rather traditional road to my playing time: slowly contributing my sophomore year, but not starting varsity until my junior and senior years. My favorite season was my last one, where we ended the season at a mark of 13-16. This may seem laughable at first. A favorite season where you ended below .500? That, however, is exactly the case. In that season, I learned to appreciate the process.

We began the season with high expectations. We had a solid group of experienced seniors leading the way and we were poised to make a run at a regional championship. Quickly, the season took a turn for the worse and we found ourselves constantly losing. Many in the community had completely written us off. We were labeled as a bust and my senior season was seemingly going to end as a complete disaster. It’s hard to articulate the feelings I experienced during that time. I found myself all along the emotional spectrum with anger and despair leading the way. The weight of expectation increased with every loss. The voices from the outside told us that we were finished.

We found solace in the gym with our teammates and coaches. During practice, we knew that the people surrounding us still believed in our ability to perform and win. As such, we continued to work. We worked physically, mentally, and even emotionally to continue to improve. This time period was a true test of our team’s will. For the longest time, we worked so hard and saw no results. At one point in the season, we had a 4-13 record. As bad as that sounds, you would have never known it had you come to a practice.

Finally, that work paid off and we began winning. We ended up winning a district championship before our season ended in the regional championship game. Ironically, these results are almost irrelevant at this point. The things that I took away from this season go above and beyond anything encapsulated in a trophy. The lessons are innumerable, but one sticks out in my mind—the ability to appreciate the process. Our season did not have the perfect storybook ending. We didn’t win the regional championship and go on to play in the state tournament. In a sense though, this was the perfect ending for the lesson.

The season perfectly illustrated the importance of hard work, self-confidence, and the power of a small group of motivated people. A championship loss reminded us that although success will be a product of these things, the final result might not always be what you desired. These lessons have been directly applicable to the rest of my life. Upon graduation from high school, the stakes get much higher and the road is significantly tougher. By utilizing the experience I gained that season, I have found myself better prepared for the trials of life. I have now graduated college and I am starting to begin my own professional career. The experiences and relationships I gained from Boyle County basketball have lead me to this point and I will always count them as blessings.

The Boyle County boys basketball team enter the new year with a 6-7 record. The Rebels next game is at 7:30 p.m. tonight when they host Pulaski County.