Father: ‘I have no pity’ for daughter accused of murdering step mom 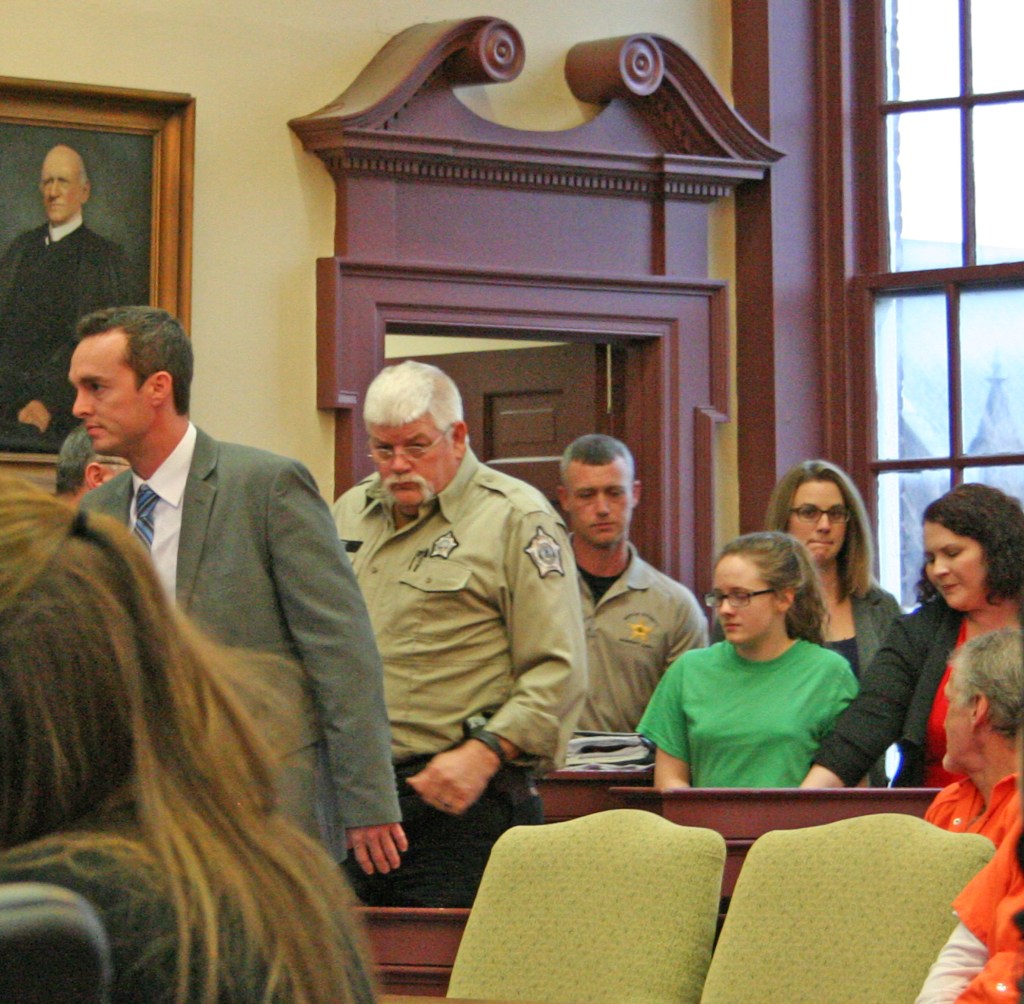 File photo Jenna Oakley, in green, faced the court again on Tuesday, this time without the same entourage of people.

The father of the teenager accused of murdering her stepmother spoke after the 15-year-old made an appearance in court on Tuesday afternoon.

Phillip Oakley, father of Jenna Oakley, said he doesn’t think his daughter is “taking responsibility” for the role he says she played in the death of Rhonda Oakley, his wife and her stepmother, in the family’s home in September.

Jenna Oakley is charged with murder and theft by unlawful taking. She is being tried as an adult. Following the murder, Oakley was found with Kenneth Nigh in her stepmother’s car in New Mexico. Nigh later injured himself intentionally in a detention facility and died from his injury at a Texas hospital.

Phillip Oakley said “I have no pity” for Jenna Oakley.

He said his daughter had attempted to reach out to him on a few occasions, writing him at least two letters, both of which have gone unanswered.

“I feel a certain way. It doesn’t mean everyone feels the way I feel,” Phillip Oakley said.

Phillip Oakley said his daughter had not attempted to reach out to his son, and it would be the boy’s choice whether or not to return any such contact. If the young teen decided he wanted to see his sister, Phillip Oakley said he would make that happen, but as of yet, that was not the case.

Phillip Oakley said he doesn’t know if he will ever be able to forgive Jenna Oakley.

“I don’t know how I’ll forgive her. I can’t — I don’t know how to get there. It will be a long process,” he said, explaining that he’s met with pastors for guidance on how to do so.

Jenna Oakley will return to court at 1:30 p.m. on Feb. 7 for another status hearing.