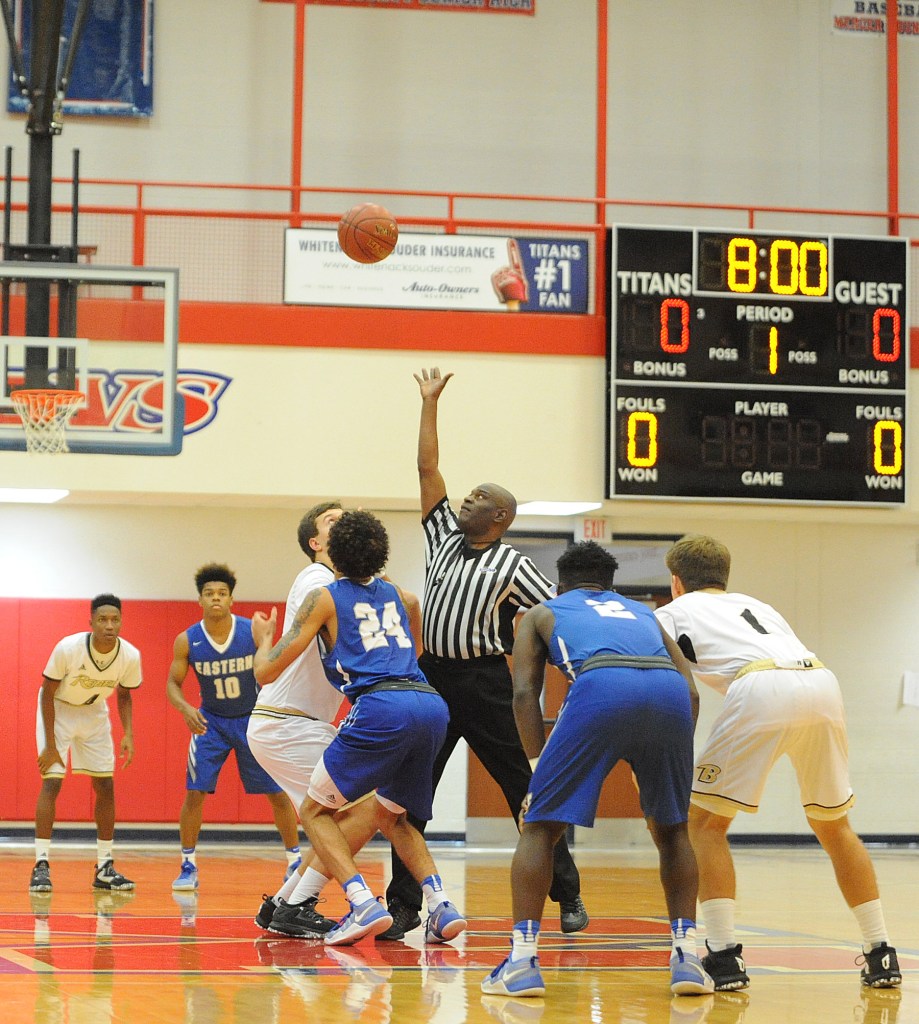 Junior Trevon Faulkner averages nearly 22 points per game. … The Titans have won nine of their games by double figures. … They’ve won seven of their last eight games, dating back to the start of their Clash of the TItans tournament on Dec. 17.

After starting the season with six straight losses, the Bulldogs have won three straight games. … Their wins have come by a total of 42 points, including an 80-53 win over Silver Grove. … This is the first of three games in three days, with a home game against Piarist School on Friday before traveling to Fort Knox on Saturday.

In their last game, a win over South Laurel, Neek Hocker and Sis Logan each had double-doubles. Logan had 22 points and 10 rebounds while Hocker added 18 and 10. … Maddy Day, Sam Adams and Hocker all average double figure points while Logan comes in at 9.8 ppg.

Crunch time: The Rebels have won seven straight in the series by nearly 18 points per game. … Harris is averaging 20.7 points per game over the last three seasons.

The Rebels are shooting nearly 33 percent from 3-point range. Bryce Slone is hitting at a 40-percent clip (38-of-94). … Slone leads the team with 20.6 points per game. … They’re hitting 71 percent from the free throw line.

Crunch time: Garrard is 0-4 against region opponents this year. … This is the last home game before the Lions play six straight on the road.

The Ads are on a four-game winning streak. Guard Ivy Turner is averaging 26 points and six boards during the streak, hitting 30-of-60 from the field. … For the season, Turner is putting up over 23 points per game, and teammate Alyvia Walker adds 16.0 ppg.

Patriots post player Kaitlynn Wilks is averaging a double-double. … Emma King averaged over 21 points per game in three meetings with Danville last year. … The Patriots are 3-1 in their last four games, outscoring opponents by nearly 24 points per game.

Crunch time: The Ads haven’t played at home since Dec. 16. Their next home game is Jan. 13. … Tanner McAninch had 23 points and hit 7-of-10 3-pointers in a win over Montgomery County.

In two meetings with the Bearettes last year, Seygan Robins had 47 points, making 9-of-17 from 3-point distance. … The Titans have won two straight games by a total of 52 points. … The Titans went 5-2 in two national tournaments in December.

Butler senior win Jaelynn Penn has signed with Indiana. She’s averaging 15.9 points, hitting nearly 60 percent from the field, along with 6.2 rebounds. … Butler is the defending state champion. Penn averaged 16.8 points and 9.3 boards, making 64 percent from the floor, during the four games.

Crunch time: Both schools have won 98 games over the last four seasons. … The Titans play three of their next four games at home after traveling to Butler.