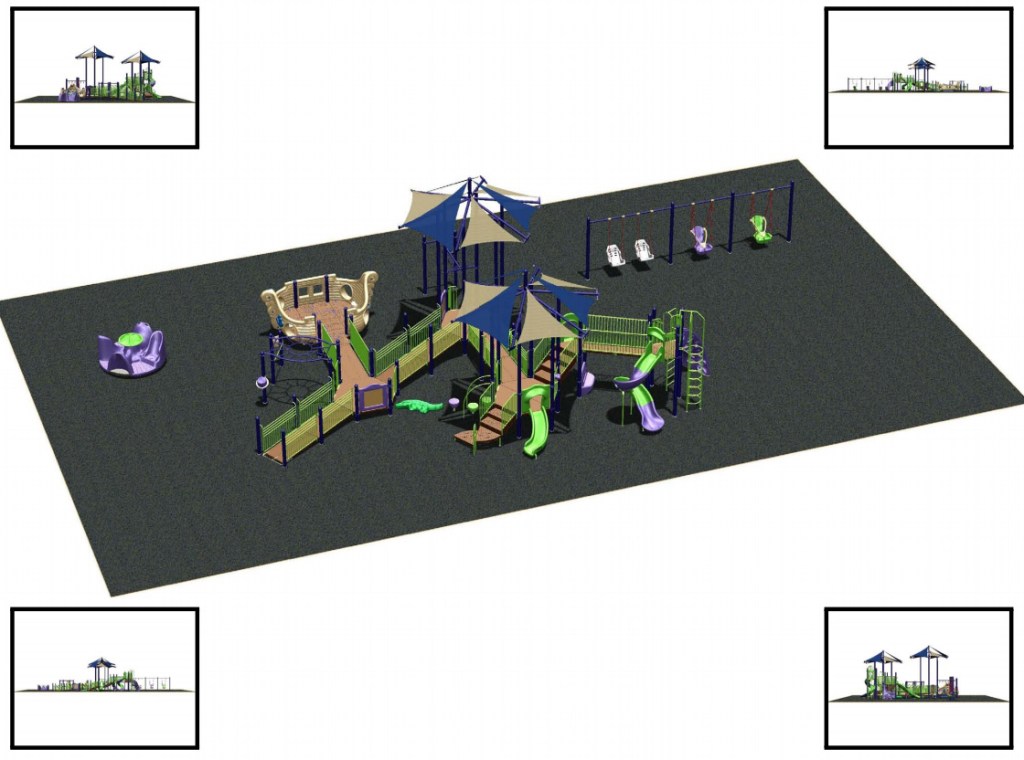 The Kendyl and Friends Playground, a handicap-inclusive playground that will be placed in Anderson-Dean Park in Harrodsburg, is now fully funded after six months of fundraising efforts.

Crimson Claycomb, a Mercer County mom who is leading the effort to build the playground, needed to raise an estimated total of $250,000 to make the playground a reality.

“Starting such a large project in such a short amount of time raised a lot of concerns, fears and doubts,” Claycomb said. “However, I am proud to say that we are officially fully funded for all the equipment needed for Kendyl and Friends Playground.”

Even though the playground itself is fully funded, she said they still need to raise funds to cover the cost of a fence and lights for the playground.

“We are waiting on estimates to come in so we know what we need,” Claycomb said.

“We are hoping to have the playground built and open during the month of March to celebrate Cerebral Palsy Awareness Month,” she said.

The playground will be named after Claycomb’s daughter, Kendyl, who is severely disabled due to a meningitis infection she suffered as an infant. Claycomb began the effort to build a handicap-inclusive playground in Mercer County because currently families with disabled children must travel an hour or more from the area to access an inclusive playground.

Claycomb thanked the community for all they have done to help support her and her efforts to build the Kendyl and Friends Playground.

“All of the donors are the reason why in spring of 2017, we will have a new ‘special’ addition to Anderson Dean Park,” she said.