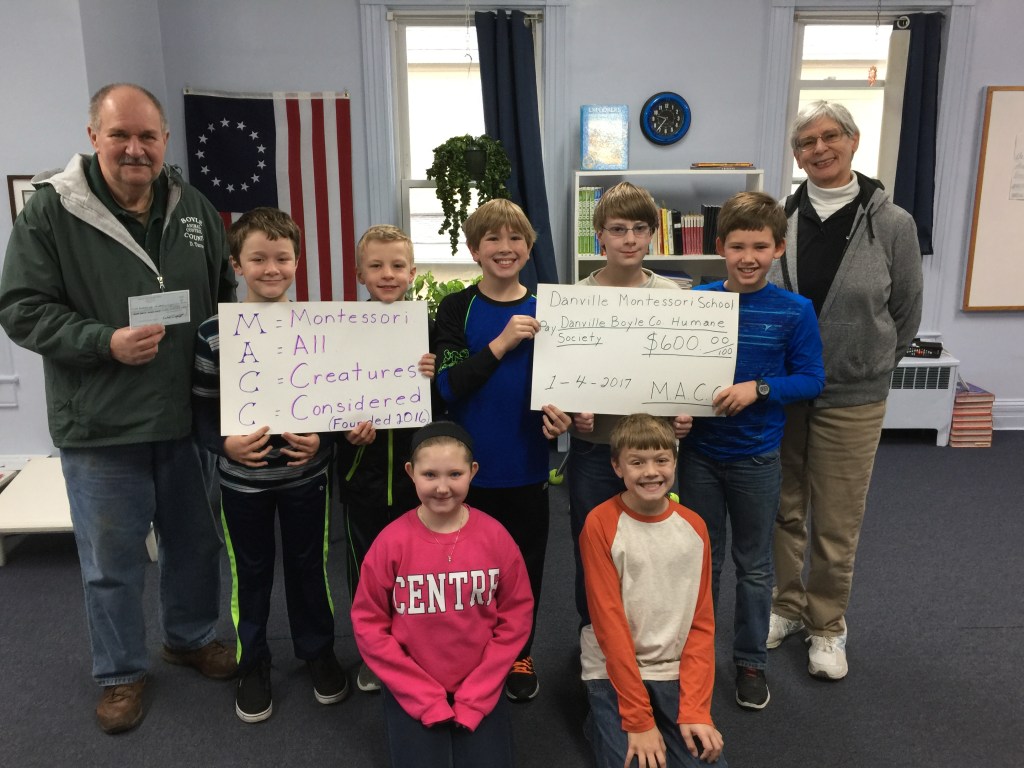 Montessori All Creatures Considered, or MACC for short, was founded late November 2016. It was founded by seven upper elementary students and two teachers, one of which is on the Danville-Boyle County Humane Society Board. MACC decided to help the poor animals without homes. We organized a fundraiser for children to bring in money. We already had some money collected, but amazingly we got more than $360! In all, we raised $600, including contributions from Danville Montessori School. — Anne Perry, president of MACC

Visual arts teacher Jeff Marcum says he’s amazed at how passionate the fourth- and fifth-graders have been about the fund drive and their newly created group, as well as how the rest of the school donated to the cause. A board member for DBCHS, Marcum shares the same love for animals; he also is a donor, and helped fund one of the new rooms in the facility’s expansion.

“I wasn’t surprised at what they did, but I am very thankful and appreciative for the Montessori method — it’s a philosophy that engages kids, makes them want to contribute to their country, make the world a better place. They utilized everything they’ve been taught.” Marcum has been with the school for six years but spent 28 years teaching in a public school. “Teaching here, I feel like I’ve died and gone to heaven. I love the message the school sends, and I love that these kids not only know how to make their goals, but go above and beyond them.”

Danville Montessori was founded in 1975 by Bill and Pat Critchfield.