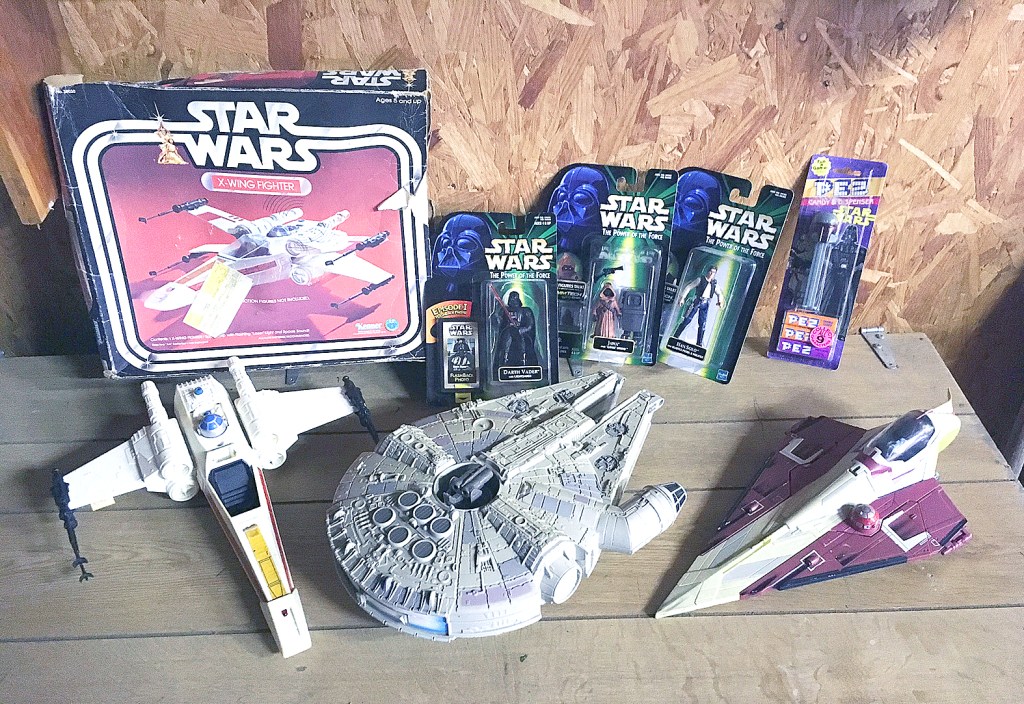 Question: Hi Jerry, my little boy, he’s not so little anymore at 12, is a really serious collector of all the new Star Wars items. How can I help him to build a collection that he’ll enjoy for years and might even be worth something one day? I don’t want to make mistakes early on. He loves the figures, the magazines and cards just about anything Star Wars, classic and modern. 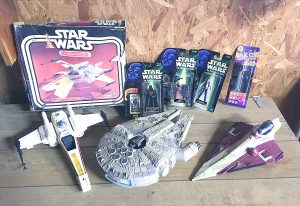 Answer: Well God love him for it! This business needs more fresh and new collectors. Everything balances on new collectors, irregardless if they are collecting 18th Century silver, Hallmark ornaments or pocket watches. You’ve got to have new collectors. Believe me, there are many fields that are suffering, if not dying, from a lack of people not picking up the collecting baton.

Collecting is one of the most important habits that he can adopt. Collecting will open his mind to dealing with other people, talking with them, learning from them and, yes, even getting taken advantage of by them.

It will teach him economics. It will help him to understand supply and demand. He’ll learn about travel and geography. He’ll learn math and communications skills. He’ll sharpen his computer and research abilities. His reading ability will grow by leaps and bounds as he learns more and more about his collecting. And he’ll learn about organizing and record keeping.

Collecting is a great thing for all people, young and old. I highly encourage it.

You’re already tackling one really important habit. He’s collecting what he loves. Not what you’re telling him, not what the computer or magazine articles are showing him, it’s what HE likes. That is a major facet!

You’d be surprised at how many people collect things that they don’t like or enjoy. Second thing that you need to determine is if he’s a “player” or a “keeper.” A player plays with his toys, reads the books and handles the objects. A keeper just sits the items on a shelf and takes enjoyment from it being in his possession.

If he’s a player — oh gads, you’re going to hate me — you’ll need to buy two items. One to play with and one that will be MIB or MIP. MIB is Mint in Box or Mint in Package. Those are important terms.

If you want any, and I mean any, hope in a future value, you’ve got to have them in mint condition. I mean mint. Not played with but  kept out of the sunlight, kept in the right environment and looking like it just came off of the shelf.

I recommend that he take a major role in the purchasing of his collecting habit. He needs to buy things with his own money. Money that he’s earned by an allowance or smalls jobs. He’ll understand and appreciate his collection much more this way.

Save those special pieces, that you’ll buy, for birthdays, Christmas and other special occasions. He’ll take care of these pieces much better if they aren’t just dumped out at his feet.

I always say buy the best example you can for your current budget. One great item is better than 10 so-so items. Invest in good quality acid free and archival boxes, magazines sleeves, albums and the like.

If there isn’t a good collector shop in your area, the internet is just a click away. Don’t skimp on this part. There is no need in tracking down a rare piece only to toss it in a cardboard box at the end of the day.

Lastly, please understand that collecting, like all things, is organic. It changes and adapts all the time. He might be a life-long collector, or he might at 16 or 40 discover new collecting venues  and this Star War collection will no longer be desired or be an important part of his life. This is natural and somewhat expected.

Things and collections change and grow.

Thanks for a great question. Tell him Happy Collecting from me!