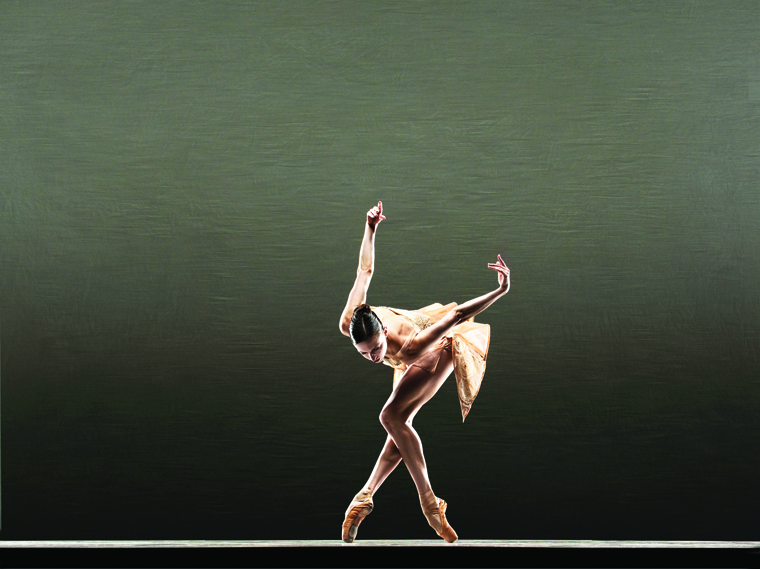 Later this month, Centre College’s Norton Center for the Arts will welcome renowned choreographer Alonzo King and California dance company LINES Ballet to Danville for a two-day residency to include a public performance on the Newlin Hall stage on Jan. 25.

San Francisco’s Alonzo King LINES Ballet leaps to uncharted heights with bold new dance innovations that break the mold of what ballet can be. King’s choreography dazzles audiences by digging into the mysteries of movement and bringing honesty and urgent spirituality to the stage. LINES Ballet thrives on collaboration, pairing music from all over the globe with King’s extraordinary dancers who have earned a fiercely loyal devoted public.

“In sports, if you photograph an athlete at just the right moment in action, the photo tells an amazing story,” said Norton Center Executive Director Steve Hoffman.  “With Alonzo King LINES Ballet, you can literally take a photograph at any moment during a dance piece and the picture is a work of beautiful art.  LINES Ballet mixes physical athleticism with natural beauty and a soundtrack that helps tell a narrative story.”

It’s called “gripping, urgently beautiful choreography” by the San Francisco Chronicle, and hailed as “the most sophisticated modernism in classical dance.” The number of ballet choreographers who live — and create -— solely in the present are so few that the ballet has been called “…the artistic equivalent of a shooting star,” by the Los Angeles Times. LINES Ballet is a dance experience not to miss.

King has been called a visionary who is altering the way the general public approaches ballet. He refers to his works as ‘thought structures’ created by the manipulation of energies that exist in matter, through laws that govern the shapes and movement of everything that exists. Known for his collaborations with noted composers, musicians and visual artists from around the world, King has works in the repertories of the Swedish Royal Ballet, Frankfurt Ballet, Ballet Bejart, Les Ballets de Monte-Carlo, Joffrey Ballet, Alvin Ailey, Hong Kong Ballet, North Carolina Dance Theatre and Hubbard Street Dance Chicago. He has worked extensively in opera, television, and film. Renowned for his skill as a teacher, King has been guest ballet master for dance companies around the globe. In 2012, he was awarded the Lifetime Achievement Award by the Corps de Ballet International Teacher Conference.

LINES Ballet’s two-day residency at the Norton Center will include engagement activities for Centre College Students, the Kentucky School for the Deaf and other community groups. A sign-language interpreted K-12 student matinée will take place 10 a.m. Jan. 24 in Newlin Hall. The mainstage public performance will take place the following evening.

Works to be performed in Danville include “Biophany,” which was called “riveting” by the San Francisco Chronicle, and is King’s newest work in collaboration with natural soundscape artist Bernie Krause and composer Richard Blackford.

For more than 40 years, Krause has traveled the globe with microphones tuned to the earth and its creatures. His vast archive catalogs the collective sound of entire ecosystems — what Krause terms biophony. From the rainforests of Borneo to a waterhole in Kenya, from the Alaskan tundra to a meadow high in the Sierra Nevada mountains, his recordings carry imprints of habitat in peril. Another work is “Art Songs” performed to music by Israeli mezzo-soprano Maya Lahyani. Called a “resplendent” vocalist by the San Francisco Chronicle, Lahyani is a soloist with the Metropolitan Opera and recipient of the prestigious Adler Fellowship at the San Francisco Opera.

The National Tour of Alonzo King LINES Ballet is sponsored by Southern Company. This performance is sponsored by DecoArt with media support from 88.9 WEKU. Additional funding has been provided by Milton and Sandy Reigelman and a grant from South Arts in partnership with the National Endowment for the Arts and the Kentucky Arts Council.

The Alonzo King LINES Ballet will perform at Centre College’s