Mercer basketball has been family journey for Souder 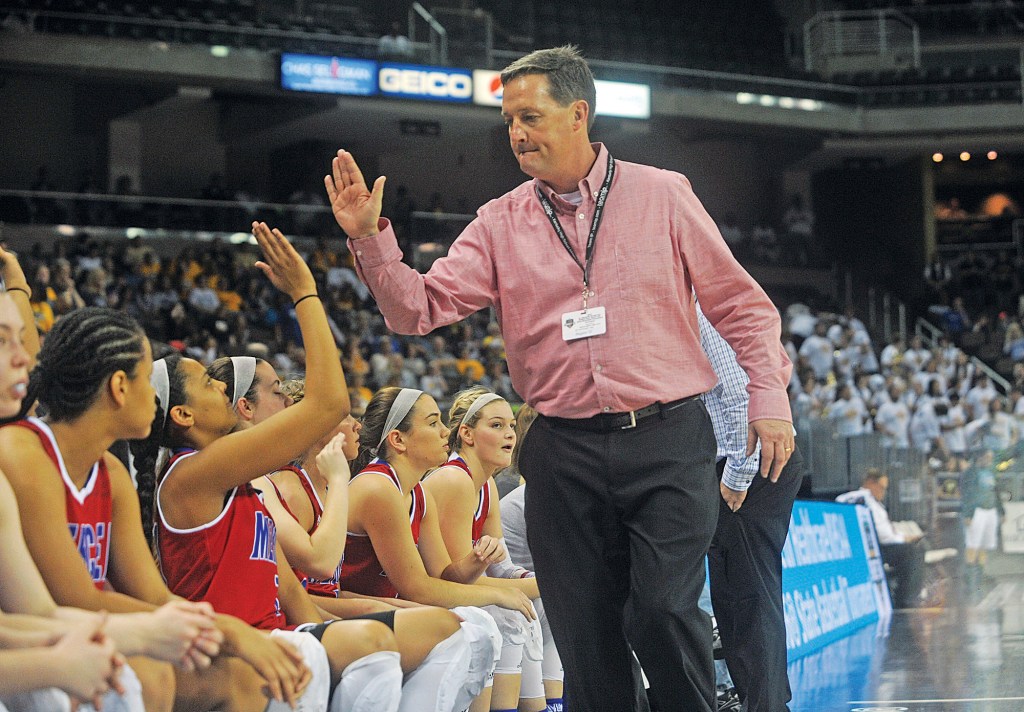 EDITOR’S NOTE: The Advocate-Messenger approached area high school basketball coaches about writing a column for publication. The latest is from Mercer County girls basketball coach Chris Souder and is the second of 10 stories to appear in the paper each Tuesday through the end of the season.

First of all, I think this is an awesome idea to have a Coach’s Corner for readers to experience a different perspective from the area coaches that most people don’t get to see. I would like to use my “corner” to kind of go down memory lane in my 18 years here at Mercer County to illuminate what a family journey this has truly been as the head coach and why my dad tabbed me as a “gym rat” nearly 50 years ago.

Before I do that I would like to throw out a question for readers to chew on that I recently asked my players.

Food for thought: Not only has my family been huge basketball fans and participants but soccer is also big in our family. My daughter played all through high school and my nephew Landon now plays at UK. I recently went to a soccer match to watch Landon and it hit me: How is it that when someone misses a goal, keep in mind how big the goal is, everyone cheers? In basketball when some misses a shot, keep in mind how small the rim is, no one cheers — in fact most get upset that they did not make it?

When I asked my players, one of them told me that in soccer you are using your feet and that is more difficult. If you watch my nephew play and all these others I beg to differ; most are just as good with their feet as basketball players are with their hands. Just a fun thing to think about

I would love to hear some responses to this. My daughter just says, “Oh, dad! You don’t know anything about soccer, just stick to basketball!” Probably good advice!

Now on to my real topic.

When I reflect over the past 18 years at Mercer it is becoming more visible now that all my years as a “gym rat” are possibly coming to fruition with this very talented team I have today. I have had the opportunity to coach in the state tournament three times and coach the KY All-Stars, but my ultimate goal is to win a state championship at Mercer County.

All the girls I have coached over the past 18 years here have a hand in the success of this journey.

While in Missouri during the Christmas break, I achieved my 400th win here at Mercer County. When thinking about that, I would like to reflect on the journey of this team accomplishment. I have had several opportunities over the years to leave and take maybe a higher paying job or a talented team but I chose to stay and build a program versus chasing wins. In today’s society it is such a “microwave” that it is very difficult to get kids to buy into a process versus a quick fix.

I have been truly blessed to coach some wonderful young ladies over the years. To show how powerful our program has been, we had nine former players show up to watch our showdown with Butler in Louisville this past Saturday night (Not gonna lie, I would like to have suited some of them up based on the way we played).

Also, not many coaches get the opportunity to coach their own family members the way I have. I coached my daughter and four nieces, two of which are on the current roster. My niece, Chrystal Claunch, set the tone for all the family members and quite possibly the style I have envisioned over the years. She played so hard and her grit and determination was contagious among teammates.

Next in line was my daughter, Carli Souder. Carli continued the tradition of being the hardest working kid on our team. She took pride in what we were promoting in our program and still to this day lists her favorite quote as “Hard work trumps talent.” As she begins her student teaching this week I can already tell this quote is still embedded deep into her and will make someone a wonderful teacher.

Catheryne Claunch was niece number two (sister of Chrystal) that I had the luxury of coaching. Catheryne took a different journey that most know about, but I say it all the time that there is NO way we make it to Diddle Arena in 2015 if Catheryne does not return to our team. She just brought a different toughness to our team that you just can’t teach.

Emmy Souder is niece number three. She is the only family member that is not a guard but still has the work ethic of the others. I have said many times Emmy is the X factor of our team today. She will be successful at the next level because of her willingness to want to improve.

Seygan Robins is niece number four. Seygan is the biggest “gym rat” of all the family members, and in my opinion is the front runner for 2018 Miss Basketball award. Seygan is just like the others in the fact that all are humble in their approach but become tenacious when they step on the court.

It is crazy how involved this family has been with basketball over the years. My wife, Carmen Souder, leads the way with all the moral support of 26 years as a coach’s wife, and when she can she is our official book keeper.

Greg Souder, the Voice of the Titans! Need I say more for the ones who know him. By the way, I am the better brother.

Nick and Landon Souder are both nephews who have spent time on my bench keeping stats. There are definitely some interesting stories with those two on the bench.

Todd Claunch set the standard for our middle school program and the fundamental development of our family members. He truly loves the game of basketball.

I am once again blessed to have Connor Souder on the bench with me as a volunteer coach. He used to sit parts of games with me when he was 4- or 5-years old, at least until the concession stand opened.

My parents and in-laws have been special supporters over the years, and I often think about my late father-in-law, TC Claunch and how much he would have loved these past few seasons and the historic run we can possibly make the next few years.

My mom, who passed away in 2012, was always my biggest supporter and I miss talking with her before and after every game.

From family members to former players on my staff — Hayley Spivey and Cawood Dedman — this has truly been a “dream job” to me, and I am super proud of how most people project our program. We are built on hard work, commitment and pride by what is written on the front of their jersey and not the back. Go Titans!

Mercer County is one of the top-ranked teams in Kentucky this season, sporting an 11-4 record after Monday’s win against Anderson County. After traveling to Franklin County on Thursday, the Titans host 46th District rival West Jessamine on Friday.